Mediumrare have launched their new Hong Kong Heroes line, and the first release is Nam Nai Choi's The Story Of Ricky. The package includes the film on both blu ray and dvd, along with a collector's booklet. The reversible sleeve features the option of two new pieces of artwork, both of which have their charms. 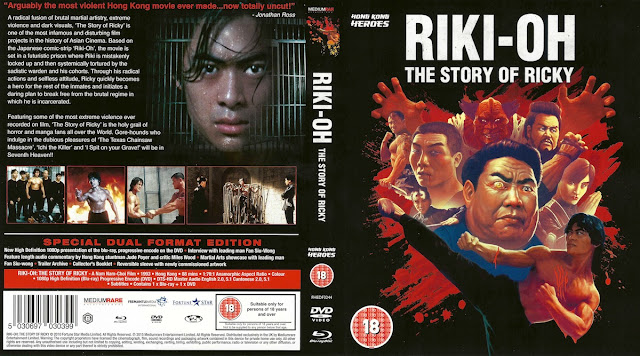 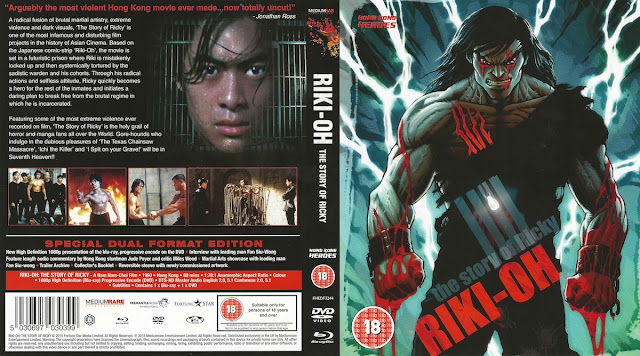 Being used to Hong Kong cinema receiving shoddy treatment I was expecting Hong Kong Heroes to use the same master as the Mediablasters US release, but to my surprise they have a new transfer. Not only is it new, but it's also genuine high definition rather than an upscale. The result is something of a revelation, at least image wise. I understand the transfer was provided by Austrian company XT video, so this may well be a one off. As such, I'm not getting too excited just yet, but fair play to Mediumrare, it would have been really easy to just put out a port of the US disc, but they went the extra mile. To give you an idea, I've taken a couple of screenshots from my review of the film and matched them up with the blu ray. 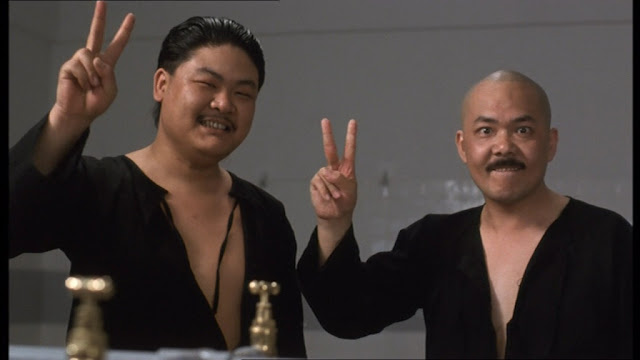 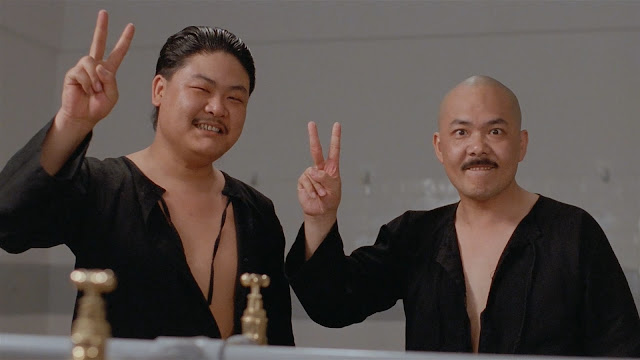 The top shot is from the HKL dvd, the bottom one from the blu ray. Aside from the obvious bump in resolution, there is more picture information on all four sides of the frame. The quality jump isn't as pronounced whenever optical effects come in to play, see below, and again dvd is top, blu ray underneath. 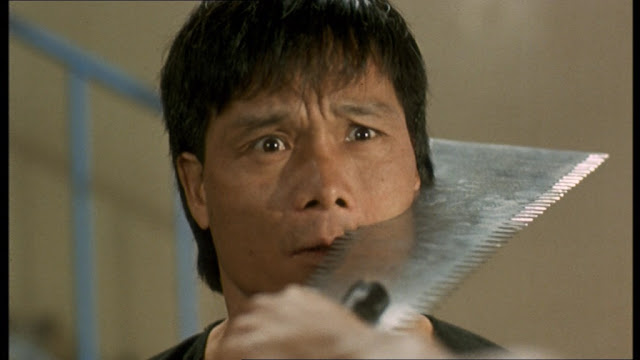 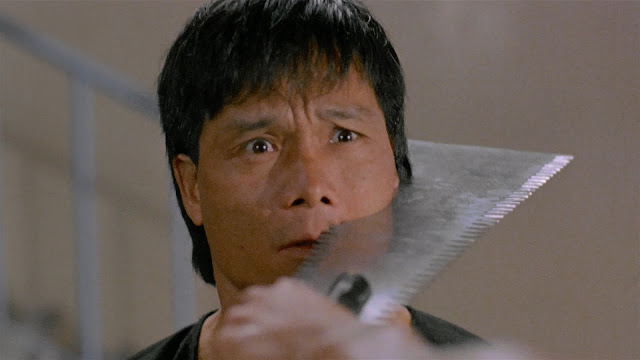 To think that The Story Of Ricky could ever look this good is quite amazing, and gives plenty of hope that one day we may see other classic Hong Kong movies receive similar treatment. Here are a few more screen caps from the disc, this time without comparisons, as I think these speak for themselves. 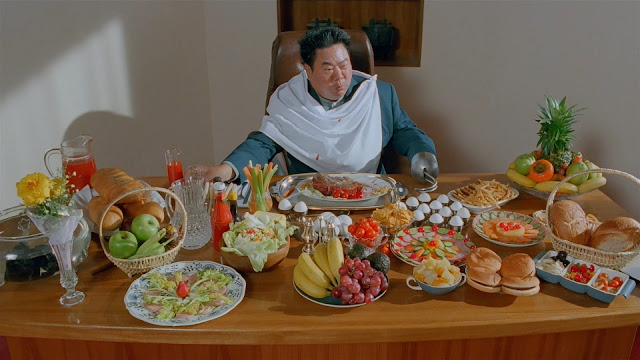 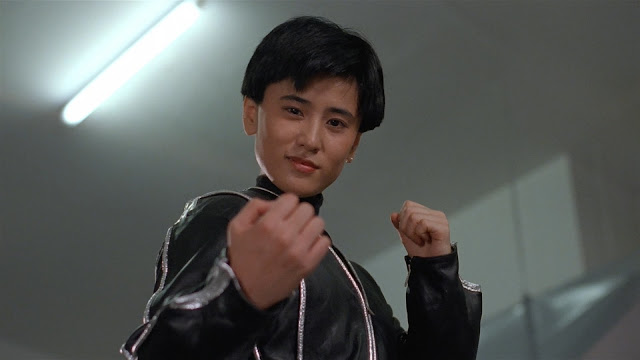 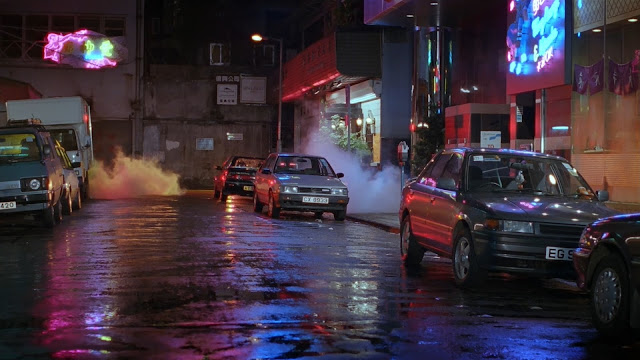 On the audio side the blu ray has English and Cantonese options in 5.1 and 2.0, however the Cantonese 2.0 is not the original mono mix, but a downmix of the 5.1 remix. This isn't a deal breaker for me, but I know it will be a serious issue for many. In addition the audio tracks are labelled as DTS-HD Master audio, when in fact they are basic lossy Dolby Digital tracks. There were reports of the Miles Wood/Jude Poyer audio commentary being out of sync with the movie, due to the difference in framerate from dvd to blu ray, however I've dipped in and out of the commentary and the scene specific parts seem to be in sync right up to the end of the film. 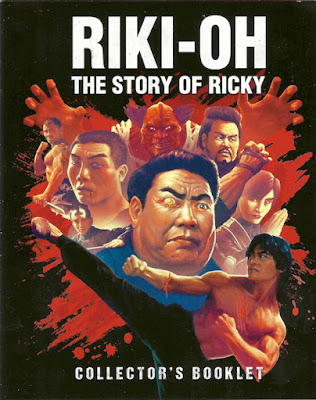 All in all, Hong Kong Heroes first release is pretty special. The film looks way better than I ever imagined it could, and although it would have been nice to have the original mono track I'm not really surprised that it hasn't. It will be interesting to see how they go with their next batch of titles and in particular, Armour Of God. How will they compare to this extremely positive start? Will Mediumrare prove to be Hong Kong Heroes? And will they ever answer my emails?

My God, I didn't know about this at all. I'm ordering it right away.

Have other titles been announced?

If anyone will appreciate it Mark.....

Well yes, MediumRare don't seem to keen on publicity. I guess they reckon they'll find their audience in all those HMV shops we have... ahem. (Okay, so speaks someone who admittedly tried for months to get in touch with them about this new release strand!)

This release also didn't make it's way to BBFC but the look of it on their website. If that's the case, I'm not exactly sure that's legal since you could argue it's a different version?

A very good picture, but I found the porting across of all the Hong Kong Legends extras a bit weird - especially the UK promotional trailer where the HKL logo is clumsily chopped off! :/

Andrew, I tried to contact them as soon as I found out about the imprint, at first I thought it was just me, but I've since found out they ignore everyone, so I feel a little better about that at least!

As far as I'm aware they wouldn't have had to resubmit the film to the BBFC as it had already been passed uncut for the HKL release.

The UK promotional trailer was pretty much redundant on the HKL dvd, even more so now. Thank you for taking the time to comment.