Dante Lam's That Demon Within 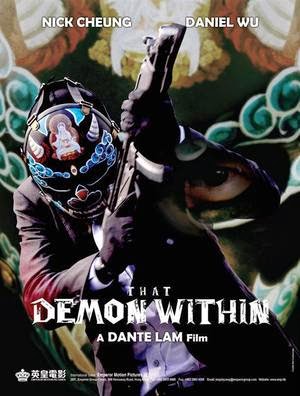 The closing film at the 38th Hong Kong film festival, Dante Lam's crime thriller That Demon Within sees him re-team with frequent collaborator Nick Cheung. Who recently made the headlines after winning the best actor award at the 2014 Hong Kong film awards for his last movie with Lam, 2013's Unbeatable. Despite Cheung sharing top billing here, it's actually Daniel Wu who takes the lead in Lam's latest, with Hong Kong's "best actor" having surprisingly little screen time. 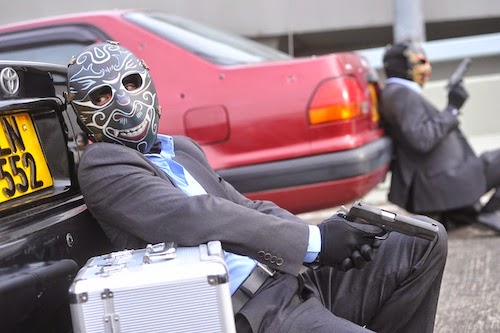 Dave Wong (Daniel Wu) is a troubled police officer, a loner whose only friend is an old lady he calls granny. Shunted from precinct to precinct due to perceived mental problems, he winds up stationed at a police box inside a hospital. Wong is inextricably drawn into a violent armed robbery case when Hon (Nick Cheung), the cop killing leader of the gang of robbers, is seriously injured while trying to escape the scene of a heist, and is brought to Wong's hospital. Wong unwittingly provides the blood to save Hon's life, who subsequently escapes to continue his brutal work, leaving more cops and innocent bystanders dead. Berated by his peers for having saved the killer, Wong's already damaged and fragile psyche is pushed ever closer to the edge as he sets out to make amends. 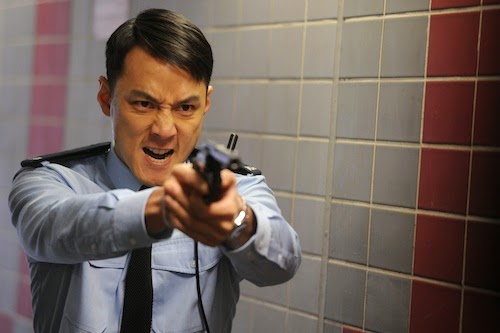 That Demon Within is dark, black as night dark. Lam smothers his film in the iconography of death, from the obvious horrific violence to the more subtle references and everything in between, this film drips with it. As a result audiences will inevitably be divided by it. Seriously, look elsewhere for a good time! In spite of a few flaws, That Demon Within is an impressive addition to Lam's filmography. It looks superb, with a heavy oppressive atmosphere generated by the visuals, enhanced by an interesting score. The problems with the film are in the screenplay, the story feels somewhat confused, as though the psychological elements and the narrative were difficult to meld. This is perhaps not surprising given the attempt to mix cop thriller with horror, Chinese myth and superstition with true crime (inspired by Tsui Po Ko, a police officer turned bank robber and cop killer) along with the psychological theme. It's an admirable effort but it lacks the required focus and intricacy to deliver on it's ambition, resulting in a tacked on explanation after the narrative has played out, which doesn't feel quite right. 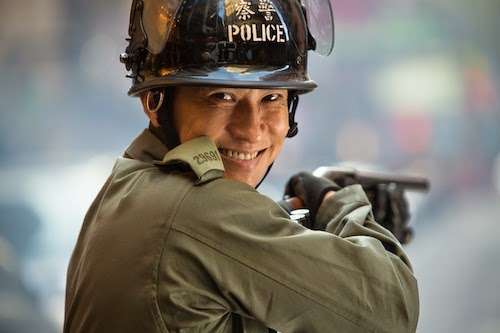 That Demon Within feels as though with a little more polish on it's screenplay it could have been a great film, rather than the decent effort it is. Once again the use of cg has to be mentioned. I understand audiences demand ever more spectacular sights in film, but really if the cg isn't up to standard then why bother? It takes the audience out of the movie, and almost ruins That Demon Within's hellish finale. That being said Lam's film is great looking, exciting and always interesting, it delivers something that feels fresh, never easy in the cops and robbers genre. It will be interesting to see where Lam goes next, given just how different That Demon Within is to the crowd pleasing Unbeatable, on the strength of this film, I'll be along for the ride.

That Demon Within was released on 18.04.2014 in Hong Kong and on selected screens in the US courtesy of China Lion Film.

Cool! I just saw it today too, and your review is very similar to what I thought about the film.

Good review! To be fair, has CG in Hong Kong films ever really lived up to an acceptable standard? Even in films I like from the post-2000s, I always think the CG looks kind of drab.

I suppose things like the monster in The Host looks alright, but when I see the scenes in Red Cliff with the hundreds of ships I kind of wish Woo would go back to the David Lean films he loves so much and realize there's a difference between actually directing giant set pieces and just CG-ing them in later.

Thanks A, Agreed on the cg, some genres depend on it, cops and robbers not so much. It seems the majority of audiences can no longer be satisfied with good old fashioned stunts and practical effects (which no doubt cost much more these days too).

I missed the screening for this in NYC/China Lion/AMC theaters.

I'm looking forward to catching up with this bad cop mashup psychological horror! Perhaps they will have this at the NY Asian film festival - crossing fingers!

Your reviews of That Demon Within and Aberdeen make me want to hustle back to the theaters in a time when HK films need a little help.

Thanks for the kind words Mr C. Apparently Rigor Mortis is due to be released in your neck of the woods sometime in June, maybe that will be one for you?

I'll have to give Rigor Mortis a look see! Just caught a hopping vampire and did I just see Kara Hui Ying Hung in the trailer?

Sure did Mr C.