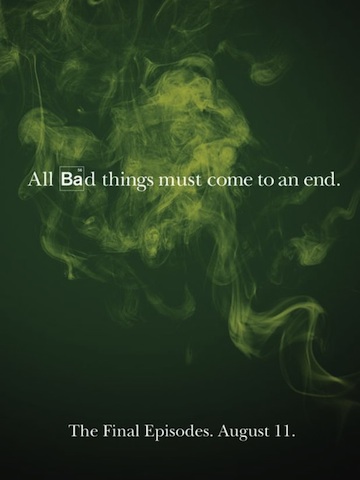 God I wished I watched this when it started. Now I feel everyone has seen it and the opportunity has passed me...

It's never too late Wes, and trust me, it's well worth it!

Get on the free Netflix trial and you can watch it up to date all ready for August!

I know. I never heard a bad word about it... I like to think I'm well read when it comes to Cinema but with TV I'm completely useless. The problem is finding the time. I've already started to build up a bunch of episodes of Hannibal on the Sky planner, and a whole slew of Boardwalk Empires remain unwatched. The only two things I watched with any loyalty was The Walking Dead which still remains high quality and I really liked Maison Close, the French whorehouse drama on Sky Arts which I took a chance on after an enthusiastic Sight and Sound review. Plus, it features lots of beautiful French girls in cleavage-busting corsets. And finally, a friend donated his DVD of Deadwood after he upgraded to Blu so I must watch that. I heard it's good.

I know exactly what you mean about the time issue, but somethings are just worth it and BB is certainly one of them. I'm exactly the same with Boardwalk Empire, I started watching it and enjoyed it, yet somehow I always find something else to watch rather than it. I've kept up with The Walking Dead, more out of love for the comic book than the actual show. I love Dexter and Justified is superb, which leads me onto Deadwood, I've seen the first few and it is really good, but again I've stalled on it. Couldn't get into Sons Of Anarchy, which is another one everyone seems to rave about, so I may give that another go sometime and I've just got the first couple of seasons of The Wire, which has to be the most hyped show of the last five years or so.