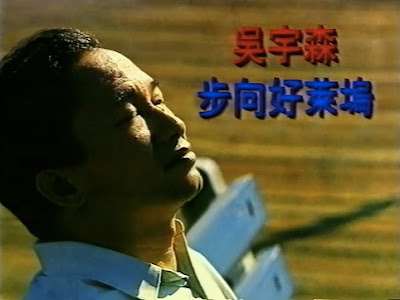 I was recently reminded of this Chinese TV interview with John Woo from 1993/4 that featured on the Tartan VHS release of Hard Boiled. A brief search on Youtube didn't find it, so I thought I'd share it. It's interesting rather than revelatory, covering his childhood love of movies, embarking on his journey to being a Hollywood filmmaker, his relationship with Chow Yun Fat and why his films tend to lack a romantic angle. Many would suggest Woo's films do feature love between his characters, just not in a heterosexual form, I don't subscribe to this theory, but that is another matter. As with most shows of this nature there's plenty of padding with clips, but since it's Woo that isn't really much of a hardship. Enjoy!