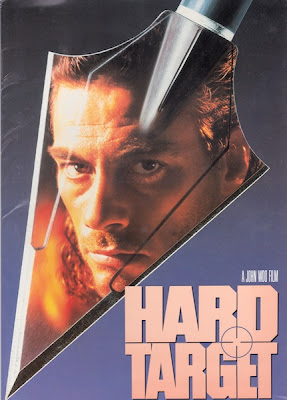 For a few years after first seeing John Woo's The Killer I tried to get my hands on anything and everything I could related to him. It was difficult to find Woo stuff during those pre-internet days, so when he moved to Hollywood and the hype machine began to kick into gear, pleasingly for a fan like me he was suddenly everywhere. Remember the days of "John Woo is God" plastered over everything? I do, and for a while, despite having no specific religious views, I kind of believed it. 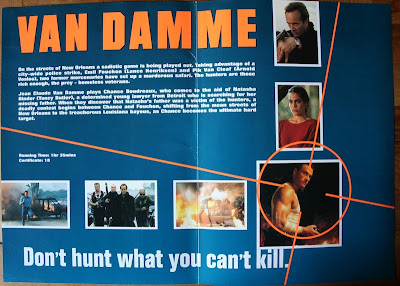 Most of the magazines, newspaper articles and the like have long since been thrown out, but some stuff remains including this presskit for Hard Target. I got hold of a few presskits for various different movies but they never really caught on with me, but I kept this one as the still photos are pretty great. The kits I had generally consisted of some kind of folded card sleeve (pictured above and below), production notes about the movie, stars and prominent crew members and a set of B&W stills. Occasionally you may find them with colour slides and other things, but more often than not, the stills are the thing to have. 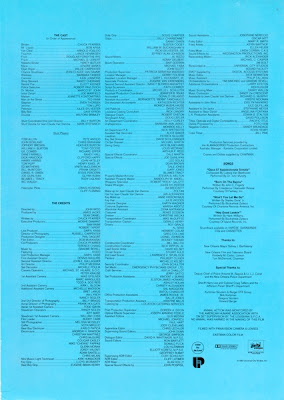 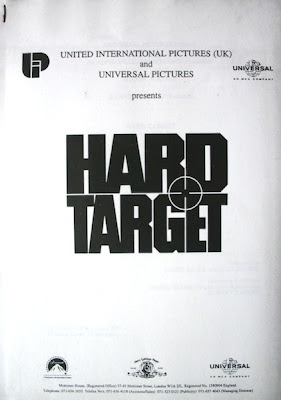 The stills usually include portrait shots of the film's main stars in character, along with one or two shots from the film itself. Perhaps fittingly for John Woo and Hard Target, this kit goes more for the action shots. 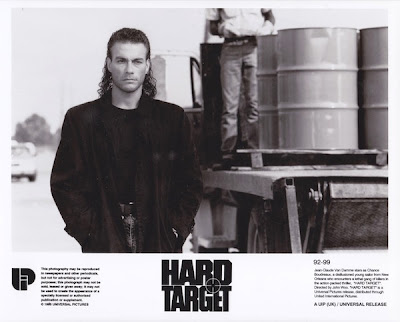 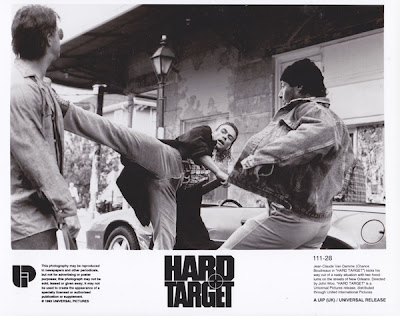 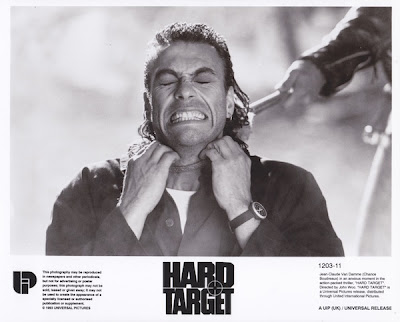 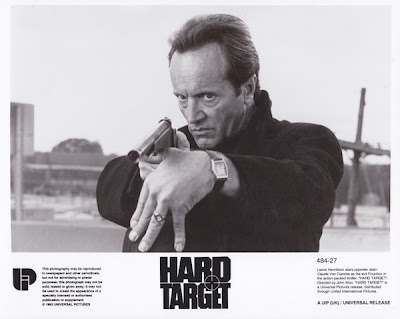 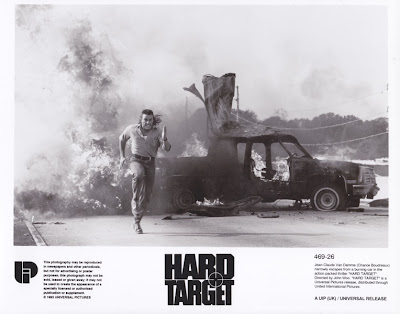 The last one is a nice on set photo of John Woo together with Van Damme, before J.C decided to interfere with the film I presume. 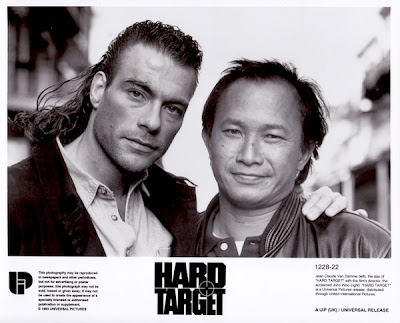