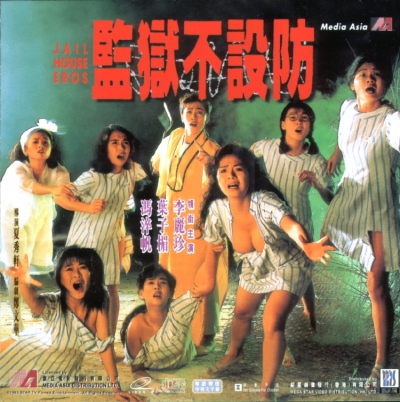 From it's title, the cover shown above, and a synopsis that reads "In Jail House, Blackie has concocted a perfect escape plan. Then wardress 5354 is killed by accident when making love. She becomes the bad ghost, in contrast to the good ghost who dies in a previous escape attempt. Finally, the chief warden, the interior decorators, Blackie and the good ghost come to an agreement. They would get the chief warden's girlfriend , the exorcist, to banish the bad ghost. To leave quietly too are Blackie and the good ghost....." , you may think Ha Sau Hin's Jail House Eros wouldn't be able to teach the viewer anything, but that is far from the case, read on....

01. The toilet paper used in Hong Kong prisons is extremely strong, see below. 02. On the other hand, the women's prison uniforms are extremely flimsy and can tear rather easily, a potential problem when you take points 5 and 6 in to account, although this appears to depend on a per cast member basis, Amy Yip's seems significantly stronger than most of the others. 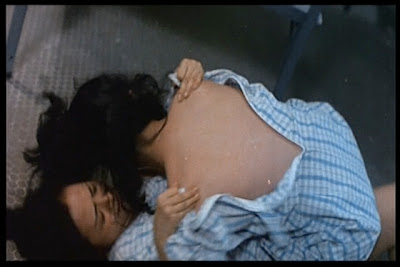 03. Speaking of Amy, men are seemingly easily distracted by a large bosom (Okay so that one is a bit of a cheat, I am a man after all!) 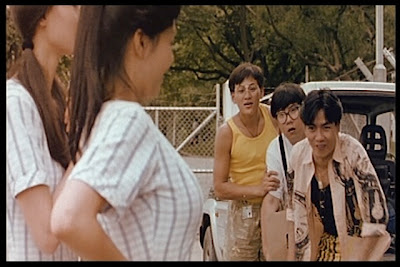 04. When being punished by a high powered water hose , the best way to protect yourself is to lift one leg in the air! 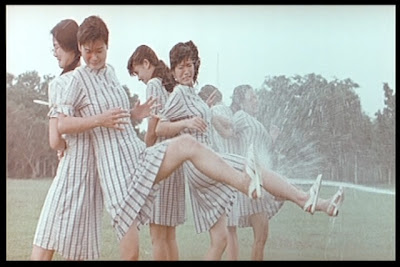 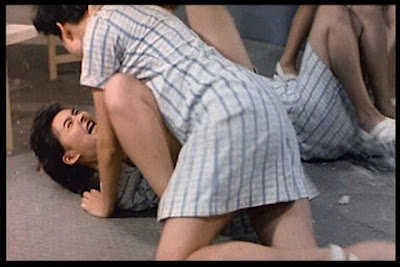 06. In the frequent fights some unusual techniques are utilised. 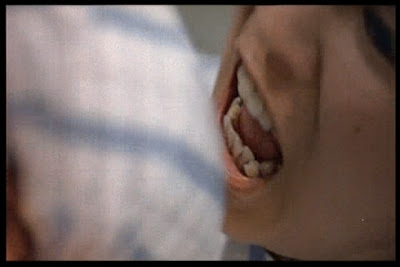 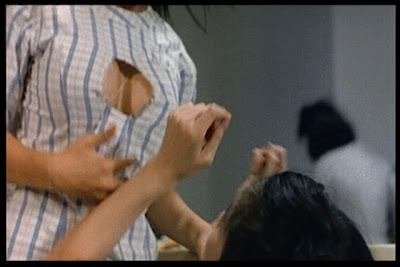 07. Shower time lasts an awful longtime in prison, and guess what? During this time fights will inevitably break out. 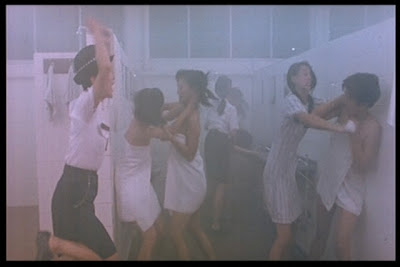 08. To you and I the large bosom from point 3 may seem like a never ending parade of fun, however not so much when they have to stay inside a tightly packed spirit protection ring, at the risk of poking out and leaving them vulnerable to an angry ghost's reach. 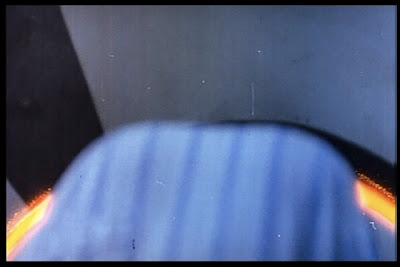 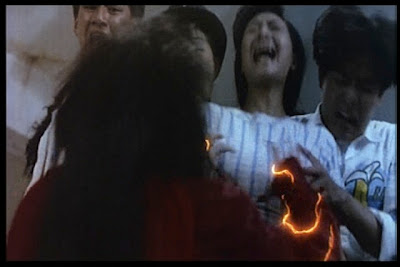 09. Wong Wei Ma (Eric Tsang's ex-wife) who plays one of the inmates, is a dead ringer for Maggie Cheung. 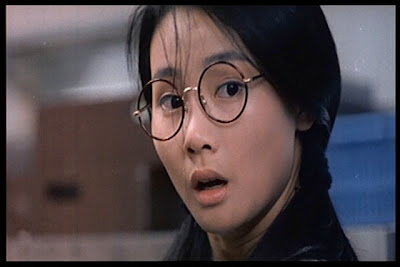 10. There really is nothing like the visual effects from this vintage of Hong Kong film, pure cinema magic! 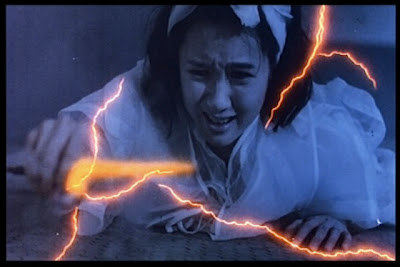 I know it's a cliche but they really don't make them like this 1990 effort anymore, a crazy mix of W.I.P film, comedy and ghost story with a mild CAT III flavour and a wonderful side of Loletta Lee. I can't promise you great cinema, but it's a hell of a lot of fun!
Posted by A hero never dies at 8:13 PM

Yeah, the likeness is uncanny.