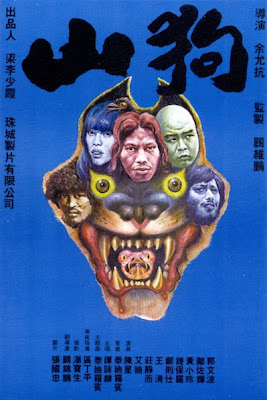 Hong Kong New Wave filmmaker Dennis Yu's 1980 movie The Beasts has a reputation as being something of a grim fest amongst Hong Kong cinema fans. So much so even the battle hardened Phantom Of Pulp said of the film "It's stuck with me for years like a sore that won't heal." If The Beasts should ever enjoy a re-release that quote should be on the poster, so perfectly does it encapsulate the feeling I was left with on finishing this gruelling experience. 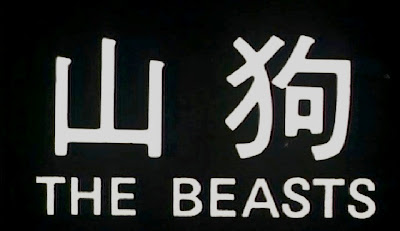 Wah (Eddie Chan) and his sister Ling (Chong Jing Yee) go camping with friends in the New Territories, where they encounter a group of crazy locals (who the subtitles dub "The Disco Boys" and include a young Kent Cheng). The trip turns into a nightmare when Ling is viciously raped by the gang and Wah is murdered by them. Captured by the police, the gang escape justice when Ling proves too traumatised to testify against them. The siblings distraught father (Chan Sing) is left no choice but to go all Paul Kersey (by way of Ray Mears) on their ass. 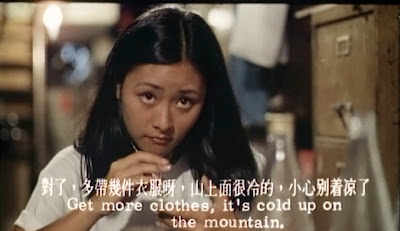 Borrowing elements from many similarly themed films, but mainly Wes Craven's double of The Last House On The Left and The Hills Have Eyes, The Beasts is grim, humourless and uncomfortable viewing. Yu strips back the veneer of the moral compass this kind of genre film would usually have, and presents the events in a disturbingly matter of fact manner. It's through this lack of judgement on his characters and their actions the film gains it's real potency. It feels as though the director had only one intention with this film, and that was to make everyone suffer. Whether it be the actors or audience, no one gets an easy ride in The Beasts. Chong Jing Yee suffers more than anyone else and she deserves huge credit for her courageous performance.

The filmmaking is of a surprisingly high standard, with the excellent photography in particular being at odds with the distinctly grindhouse feel of the rest of the movie. This polish (not a word I thought I would use for this film!) only increases the visceral grip the film holds over you. Definitely not a film for the faint hearted, less because of it's graphic violence and more for the nihilistic vibe it forces upon you. In addition the film contains numerous acts of animal abuse that are thoroughly repellent. Would I recommend it? Yes, but with strong reservations, consider yourself warned! 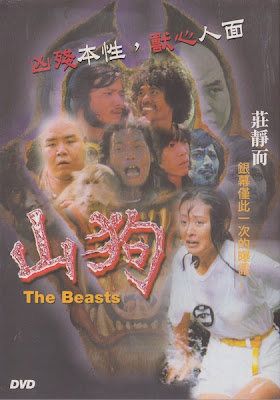 I saw the film via the (still in print) HK dvd, which I understand is slightly cut during the assault on Ling, and for violence later on, just as the original HK theatrical print was. A VHS version was also available which is uncut but dubbed, which I haven't seen. The film is more than strong enough in it's edited form that I'm not sure how much would be gained from reinstating the deleted footage at the expense of losing the original language track.

Email ThisBlogThis!Share to TwitterShare to FacebookShare to Pinterest
Labels: Dennis Yu, The Beasts