Yesterday at the New York Comic-con Square Enix announced the first major DLC pack for Sleeping Dogs, their open world action game based on the streets of a fictionalised Hong Kong and heavily influenced by HK cinema. I haven't posted about the game previously as I was a little slow in picking it up in the first place and then enjoying the thing too much to bother. Since finishing it, unlike most games I still find myself returning to it, tearing up the streets of Hong Kong as main character Wei Shen. 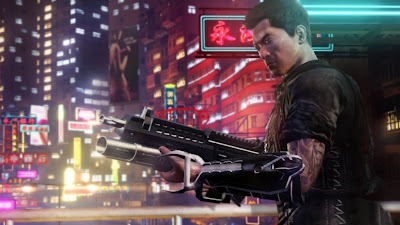 The eagerly awaited additional content will be available on October 30th, just in time for Halloween, and will be called Nightmare In North Point, and will have a distinct horror flavour. As a tortured and killed triad comes back from the dead with an army of zombies looking for revenge. Promising "a few hours" of additional content, and to homage Hong Kong's heritage of horror cinema, I really can't wait to get my hands on this. Look out for the Geung-Si!

OK, I guess I have to get this game now.