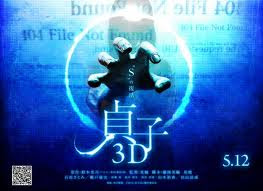 Hideo Nakata's Ringu introduced genre fans to the scariest barnet in cinema via the manky haired, pale faced Sadako crawling out of the TV screen way back in 1998. The film based on a book by Koji Suzuki was a phenomenon, a triumph of concept and atmospheric execution. In it's wake came scores of copycat movies attempting to recreate the magic of Nakata's film, some good, some bad and the occasional one great. The net result being saturation of the market, in turn leading to the inevitable parodies of both the Sadako character and the trappings of the Asian ghost film. This left many fans, who initially championed Asian horror, with a been there done that , what else have you got attitude. Fourteen years on from the original movie, Suzuki comes back with a new book, and Tsutomu Hanabusa's film Sadako 3D, can this reboot breathe new life into the series and the Japanese ghost movie? 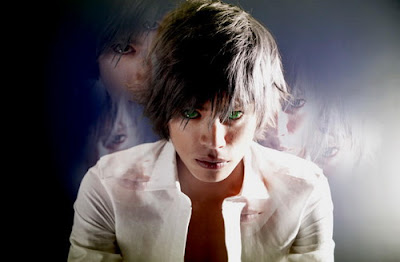 Teacher Akane (Satomi Ishihara) begins to hear rumours about a "cursed video" floating around on the internet, featuring someone commiting suicide, whoever sees the video also then kills themselves. Dismissing the story as just a rumour, she becomes concerned when one of her students who was searching for the clip inexplicably falls out of her apartment window. Akane investigates and finds the video and it's curse is all too real, and that she is somehow linked to the mysterious ghostly figure named Sadako. 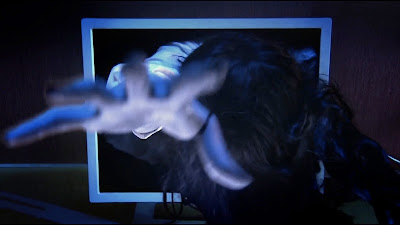 The simple answer to the question I posed earlier is a resounding no. Where Nakata's original film played out as a mystery, with a slow drip feed of information gradually building a palpable sense of fear and dread, using the powerful image of Sadako to terrifying effect, Sadako 3D wants to be a roller coaster thrill ride. Unfortunately the filmmakers lack the basic skills and technique to achieve this proficiently, so out go the attempts to build mystery and atmosphere, and in comes an overkill of CG and 3D effects.

The concept of the film is interesting, by updating the technological aspects of the original story from a VHS tape to a viral video on the internet, it allows the horror to follow the characters almost everywhere they go, on computers, phones,  and even into the streets via advertising screens etc. Unfortunately the dreadful screenplay fails to explore this idea (or any others) sufficiently, instead choosing to concentrate on cheap jump scares and 3D effects. My viewing was in 2D, and this perhaps made it more obvious that the film was shot with it's emphasis on the 3D elements first and foremost rather than on what actually works for the scene at hand. To emphasise the visual issues, Sadako 3D has some of the worst CG effects I've seen for many years, for example the are multiple occasions of breaking glass that look truly terrible, like going back fifteen years or more. Worse still is the film's third act which descends into an uneasy mix of the depressing and the unintentionally funny. Concept aside, the only part of the film that works is lead actress Satomi Ishihara, who is significantly better than the material she is appearing in. 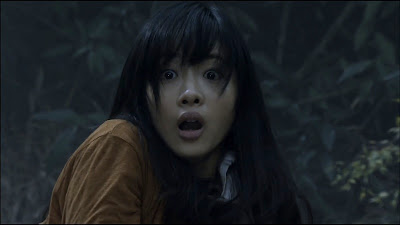 A generation on, clearly the series had to move forward but where Ringu was a horror film for adults, that had appeal for the teenage audience, Sadako 3D is a film for teenagers with little to no appeal for the audience that so embraced the 1998 movie. This in itself is not a crime, what is though is the gimmicky execution which is often embarrassingly poor, and could prove to be enough to kill off any renaissance of the series. This would be a shame as in my opinion Sadako still has scares to offer. Unfortunately in this film, just as Samson lost his strength without his hair, Sadako's power is completely muted, as if shorn of her long locks only for them to be replaced by an unconvincing CG fright wig!

The first films were already great to begin with. What they've done here is take one of the best scary movies of all time and turn it into even more of a killer deal at the cinemas.