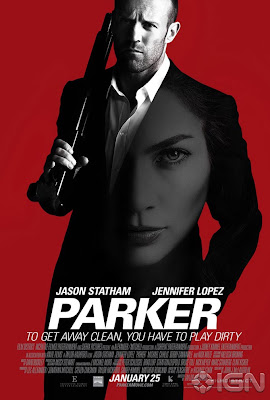 After all the conjecture regarding the casting of Jason Statham in the role of Richard Stark's Parker, it appears from viewing the newly released trailer for the film that it was all a waste of time. Unfortunately despite this being the first adaptation of the character to actually use the name Parker, Statham is clearly not playing Parker, at least not as I know him. See the trailer below or click here to view in HD.


Yes, it appears the filmmakers have taken the route of making a Statham action flick, rather than a Parker film. Not all that surprising I suppose, however disappointing it may be. As for the film itself, it's based on the Stark novel Flashfire, and looks like it should be fun, with a solid supporting cast. It's just such a wasted opportunity to do something special with such a great character, and a legacy of stories that could have turned into a long running franchise. Parker will be in cinemas January 25th for those still interested.

Should be a another fun Statham flick...Hopefully it is rated R too and not watered down.