Phantom Of The Paradise Blu Ray 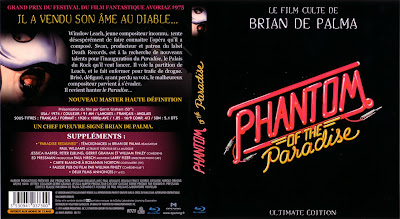 Brian De Palma's rock musical Phantom Of The Paradise flopped on it's initial release but in the years since has steadily built a loyal legion of fans. Notable for it's entertainment level, weirdness and the debut performance of the adorable Jessica Harper. The movie's fans have been shortchanged over the years by poor presentations of the film on home formats, right up to the currently available barebones dvd. A special edition of the film was released in France and most of the content from that release then made it onto the blu ray under discussion here. Labelled as "Ultimate edition", I doubt De Palma's movie has ever looked better than it does here. 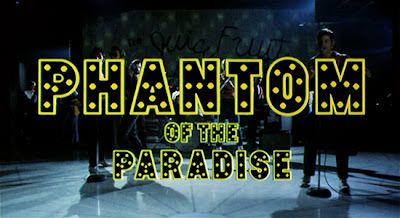 Presented in 1080p at an aspect ratio of 1.85:1, the image is impressively detailed, and features a nice layer of grain that looks tamper free. A couple of shots look very soft and excessively grainy, as though they came from an entirely different source, but we're only talking a few seconds of footage here. Considering the age and budget of the film, not to mention the amount of camera trickery De Palma uses during the film, I'd say this looks excellent and the increased detail only enhances the experience. The blu ray may only be a single layer disc but I didn't see any evidence of the image suffering from a lack of bit rate, even in the most difficult scenes. 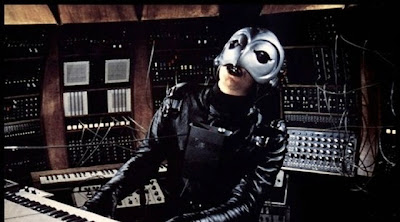 The soundtrack is presented in DTS-HDMA 5.1 in either French or more importantly English and sounds great, with the songs sounding very good indeed. The soundtrack is certainly front heavy, with little coming from the rear speakers, a missed opportunity maybe as the film would lend itself well to a full surround experience. When the English track is selected, French subtitles are automatically engaged but these can be turned off with a press of the subtitle button on your remote. 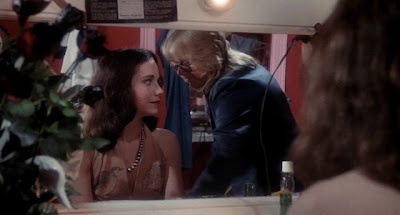 The extras are dominated by the excellent retrospective Paradise Regained, running around 50 minutes, this features input from all the major players and is packed full of anecdotes about the film. Aside from this, two trailers are included, a mock up for an advert for action figures for the film and a piece on the costumes of the film. All of these are in English, this time with forced French subs which cannot be turned off. The only extra not English friendly is an introduction by Beef (Gerrit Graham) in French.

A highly recommended release of De Palma's cult classic, one of my favourites of his films and one that is endlessly re-watchable. I'll take this over Rocky Horror every day of the week!

Man, I've still never seen this. Head many great things about it, but have just never gotten off my butt to actually seek it out. I'll definitely have to try a little harder and get my hands on this. Great review!

Jervaise, maybe someone will eventually invent a time machine to help you in your quest.

rG. Thanks, I love it, it's a must see at least once, regardless of if you like it or not. Track it down asap.