Made In Hong Kong Love, City On Fire

A quick post as a kind of companion piece to Jack's blog post yesterday regarding the UK video label Made In Hong Kong. As Jack says, M.I.H.K were really the first label to take Hong Kong cinema seriously, certainly in the UK at least. They put out excellent widescreen tapes of some H.K classics but also took the chance to expand their collection and introduce fans of John Woo and Tsui Hark to other less celebrated but no less worthy films and filmmakers. Where their competitor Eastern Heroes was somewhat of a ramshackle operation, M.I.H.K came across as a professional company who respected their product and the fans who purchased it.

As well as putting out movies on VHS, they also pushed a few of their movies with brief theatrical releases and even moved into the niche market of laserdisc, a pretty ballsy move as that market never really took off in the UK. Here is their laserdisc release of Ringo Lam's City On Fire. 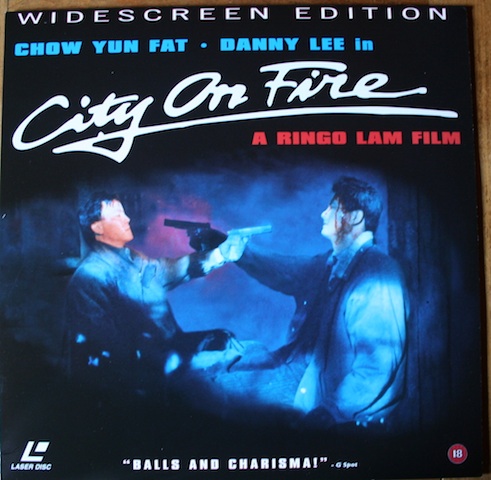 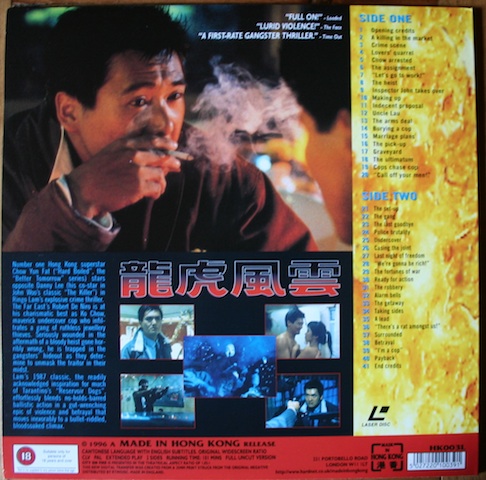 Good stuff Mart. I didn't have any M.I.H.K tapes but I remember the Tartan VHS of Hardboiled which if memory serves me right had some good extras tailing the feature (a pretty novel idea for VHS). It's been over ten years since I watched that tape but I seem to remember there being an hour's worth of interviews and all sorts of Tartan-related ephemera (much of it featuring the very Japanese Takeshi Kitano and clips of Boiling Point, Sonatine and Hana-Bi). I still have that tape somewhere, I must get it out and take a look... The only other Asian film I had on VHS was M.I.A.'s A Better Tomorrow which was pretty shoddy in most repects...

Thanks Wes, I had that Hardboiled tape too, and yes the John Woo interview on there was really good (and novel as you say). I'm not sure what happened to mine. The M.I.H.K tapes were pretty high quality for vhs. As far as A Better Tomorrow is concerned, the quality control of the vhs release has carried on through all the UK dvd versions, I still have the UK laserdisc from that time.