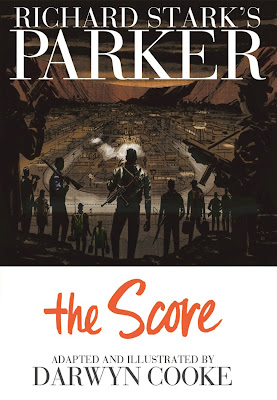 With the release of Darwyn Cooke's The Score graphic novel a little over a month away, I thought it was high time for an update on the Parker movie. It's been a while since I questioned whether Jason Statham was the right man to fill the shoes of Richard Stark's Parker. In the months since then the cast has seen many additions to the Statham and Jennifer Lopez combination in the original post, including Nick Nolte and Michael Chiklis.

Originally Taylor Hackford's film was to be released in October this year but for some reason has been put back to January 2013, it's not generally a good sign when this happens but it's thought the date has been pushed back to help the film's box office chances rather than issues with the film itself. 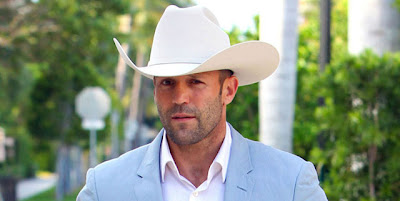 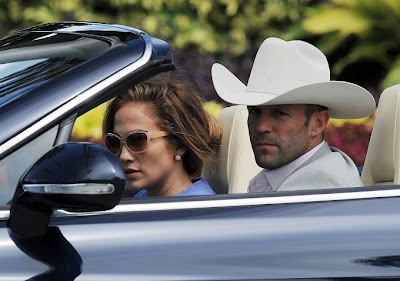 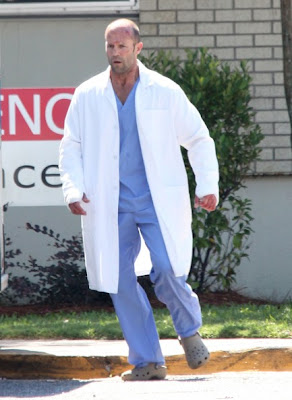 The shots above are behind the scenes rather than stills from the movie.

I'm invested in the film as a huge fan of Stark's career criminal but I'm still not convinced by the look of Statham, he just doesn't look like Parker to me particularly in the pastel blue jacket and cowboy hat! It would be tough to not compare any reading of the character to Lee Marvin, who had the character's attitude down to perfection in John Boorman's Point Blank. Robert Duvall in The Outfit and Mel Gibson in Payback (in the director's cut especially) certainly had their moments but neither were anywhere near Marvin. I'd love to be wrong about Statham, and he can obviously pull off the tough guy role with ease, maybe he will surprise me.

The other issue is the script, with the film apparently based on elements of a few books rather than one of the individual stories, it could easily become a disjointed mess. The plot summary, taken verbatim from the film's IMDB page reads "When Parker turns down a job offer to pull off a jewel heist, he narrowly escapes with his life. He then teams up with a female real estate agent who is familiar with the local town and has nothing to lose to find the target of the heist so they can steal the loot for themselves." It doesn't make complete sense but you get the gist.

Hopefully the writer and director will have enough respect for the material to deliver a film that can satisfy the Statham audience as well as fans of the Parker character.

Darwyn Cooke's The Score is released in the UK on the 17/07 and is adapted from one of the best of the Parker books. 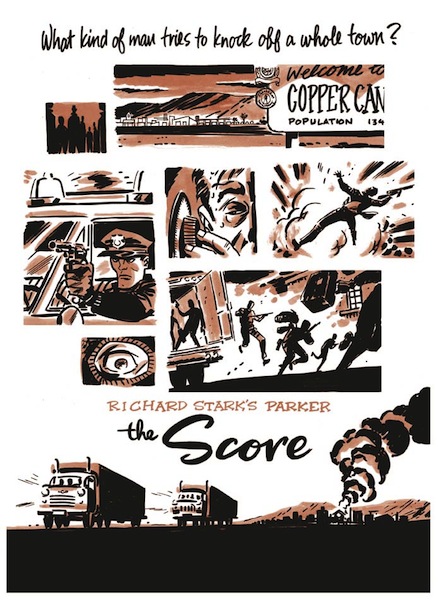 Totally agree. Really hope this is a good adaptation. Hopefully Statham can pull it off.