Way back in March last year I posted about Milkyway's disturbingly good Intruder. Over on Bullets Over Chinatown, Kingwho? also posted about the film and included a photo of his Hong Kong poster for the movie, which I was particularly envious of. I never thought I'd have a chance of picking up that poster or the ones for many other HK films from the 90's. I thought most would have been lost to the ravages of time, and any that survived would be in the hands of collectors who would never let them go. Turns out I was wrong and I've managed to get my hands on some truly classic posters, including the one for Intruder, and this one is in great condition too. 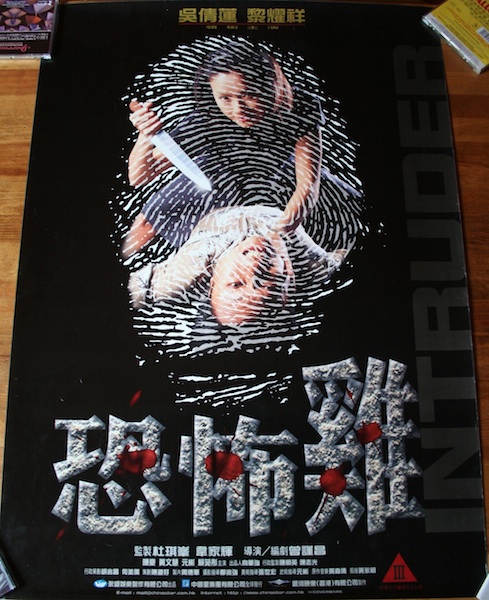 Of the other posters I got my hands on, many are not in such good condition but I don't care. Some of them I can't believe I was lucky enough to have the chance to pick up at all and regardless of the folds, tears and tape marks (which give the posters a rough and ready, lived in feel much like some of the films themselves), I'll never let any of them go.