Breaking Bad Season 5 Gets A Poster 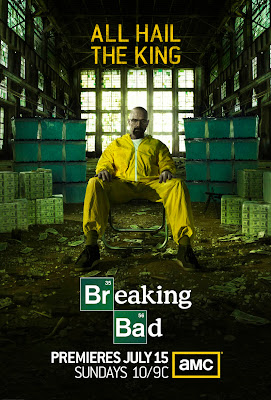 The first promo poster (click it for the large version) for season five of Vince Gilligan's Breaking Bad is here and with little over a month to go until the season premiere, it's fair to say excitement levels are already pushing towards a cranial explosion. The sixteen episode season will be split into two half seasons of eight episodes with the second half and final episodes of the show broadcast Summer 2013. No I don't want to wait that long either, damn you AMC.

ALL HAIL THE KING indeed.