Thoughts On The Skin I Live In 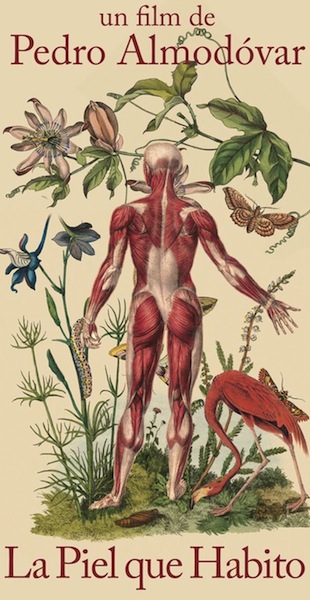 It was with some trepidation I approached Pedro Almodovar's The Skin I Live In, having previously not warmed to any of the (admittedly few) films of his I had seen. I tried to avoid reading anything about the film prior to seeing the movie, so as to go in with as open a mind as possible. The movie, based on Thierry Jonquet's novel Mygale (English title Tarantula), stars Antonio Banderas and Elena Anaya and is, simply put, magnificent. 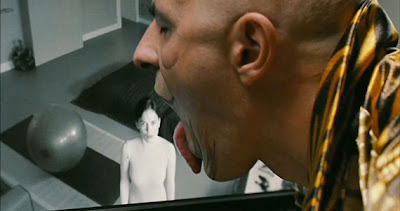 To the outside world brilliant surgeon Robert Ledgard (Antonio Banderas) is researching the development of a new tougher, more resilient form of skin to help the victims of terrible burns, in honour of his late wife, who was horrifically burned in a fire. Away from the scientific community, he holds with the help of his maid Marilla (Marisa Paredes), a woman, Vera (Elena Anaya) as a prisoner in his high tech home/research lab. Through a series of flashbacks, the whole story of Ledgard's obsession is slowly unravelled as revelations about each of the characters are dragged out of the darkness. 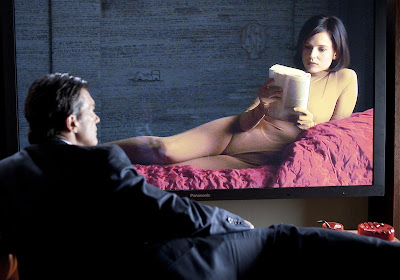 If the synopsis above feels a little vague, it's because it's next to impossible to discuss the plot of Almodovar's film without revealing the film's myriad of secrets, and please trust me when I say you really do not want them spoiled for you. Hopefully I can get through without any spoilers but I would strongly urge you to see the film as blind as possible. What I can say is that without being overtly graphic, at least in terms of violence, The Skin I Live In is probably the most unsettling and interesting horror films I've seen in a long, long time. The movie's construction, ideas and it's execution are almost breathtaking in their audacity, as layer upon layer is applied to the story and characters before, without the viewer even really noticing, everything falls into place. As a result the film slowly crept up on me, midway through the running time I was really admiring the movie but from a purely technical standpoint. The film is sumptuous in every area of the production but I wasn't connecting with it on any sort of emotional level, it was leaving me cold. However as the film progressed I found myself drawn in deeper and deeper until by the finale, I was completely floored by it.

The acting from the entire cast is excellent and completely in tune with both the material and the richness of the production design. Antonio Banderas delivers a flawless performance, the kind I always suspected he was capable of but have never seen from him before. Elena Ayana is even better lighting up the screen with not only her beauty but her talent by displaying a huge range of emotions without once relying on histrionics. It's a performance full of subtlety, grace and in the end warmth, that is truly staggering. 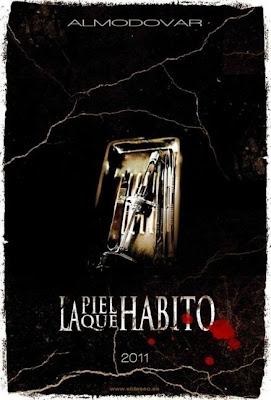 While many will ignore the fact that Almodovar's film belongs in the horror genre for all the usual snobbish reasons, The Skin I Live In is one of the most potent horror films for many a year. It isn't a film for everyone, it's disturbingly queasy mix of sexuality, obsession and medical procedure may well turn off some viewers but for everyone else it's a thought provoking, horrifying and ultimately tender movie that I urge you to see and one I fully expect to become one of the most important horror films of the decade.

Email ThisBlogThis!Share to TwitterShare to FacebookShare to Pinterest
Labels: Antonio Banderas, Elena Anaya, Pedro Almodovar, The Skin I Live In

Good stuff Mart, I had seen this film around, but actually had no idea what the film was about until I read this post. I must see this one - it sounds like something akin to Eyes Without A Face, or perhaps the body-horror of vintage Cronenberg... I never warmed up to Almodovar either Mart, and I have tried. I used to have Matador on tape years ago, but never much liked it, and his critically acclaimed films from recent years left me cold. Strange considering I'm a big John Waters fan.

I have been a fan of Almodovar for quite a while and while I haven't seen "The Skin I Live In" yet, the way you describe the layering of ideas, images and emotions in this movie sounds like a good place to start with almost all of his work. Sometimes the layers are added, other times they are stripped away. Occasionally both.

This review is an excellent way to convince people to see Pedro Almodóvar movies without giving anything away.

Wes, Kind of but not really, it was a difficult one to write about without disclosing too much. I haven't seen Matador, after this though I'm considering giving his career another go. I'm pretty sure you'll love it!

Thanks ewaffle, really appreciate that, it took numerous attempts to get where I gave as little as possible away, whilst trying to make it coherent.