Get The Gringo a.k.a How I Spent My Summer Vacation 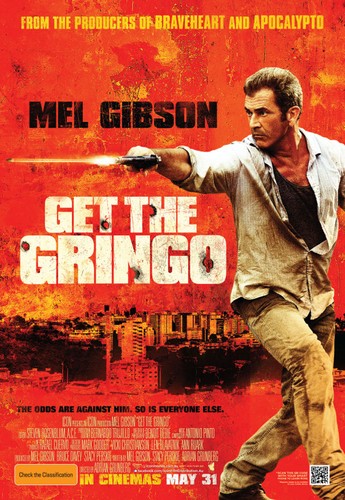 Get The Gringo a.k.a How I Spent My Summer Vacation marks the return of Mel Gibson to our screens in the kind of hardboiled career criminal role he can do so well, something akin to his performance as Porter in Payback. The film also marks the directorial debut of Adrian Grunberg, who previously worked as assistant director on two of Gibson's recent movies. The pairing of Gibson and Grunberg also co wrote the screenplay along with Stacy Perskie. Denied a wide cinema release in the US, presumably due to the controversy surrounding Gibson and his well documented "problems", it may also have been due in part to the film's refreshingly un-PC content. 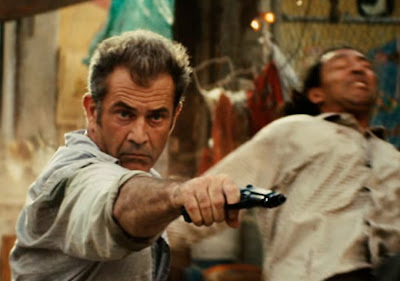 Beginning with our introduction to Driver (Gibson) via a high speed chase along the Mexican border, with a wounded partner slowly dying in the back seat and bag fulls of cash. A last ditch attempt to escape sees the car crash through the border wall, where he is picked up by corrupt Mexican law enforcement, who proceed to steal the already stolen money. Dumped in El Pueblito, a prison with a difference, Driver must adapt to the world he's been thrust into and utilise his particular skill set to his advantage in order to survive, all the while keeping one eye on how to get his money back.  He can't do this alone however, and he forges an unlikely bond with a kid (Kevin Hernandez), who teaches him the ropes. With the kid's help he quickly gets to grips with El Pueblito's hierarchy and begins the task of recovering his stolen cash. He isn't the only one interested in getting the money back as Frank (Peter Stormare), the gangster who the cash belonged to is also on the case. Gradually squeezed by all parties, Driver plays all the angles to manipulate events to his own advantage. 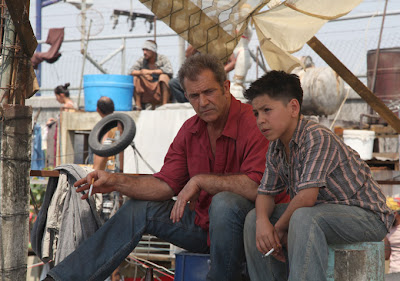 The central idea of Gibson's character playing all of his adversaries off against each other is nothing new, and although it becomes overly convoluted with too many characters involved at times it takes the simple idea and uses it well. What truly makes the movie special is it's setting, El Pueblito dominates the film, and whenever the film moves away from the prison it almost inevitably loses steam. A prison where if you have the cash, you can pretty much have access to anything you want, from apartments with cable tv to drugs, guns and girls. In fact about the only thing you can't buy is your freedom.

Gibson puts in his best performance in years and proves he still has plenty to offer as an actor if you can look past his baggage. Looking every inch the hard ass the role requires, he also shines in the scenes between him and Kevin Hernandez, the chemistry they share is great. Gibson obviously believed in the project having invested his own money in getting the movie made and his enthusiasm is infectious, I had a blast with it and it feels like Gibson did too. 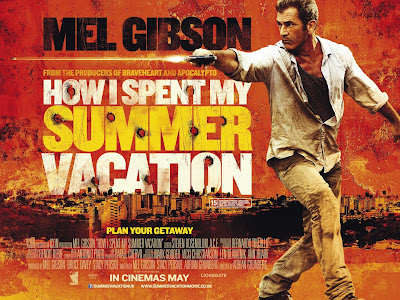 Get The Gringo has a pleasingly nasty edge to it, and this along with the already mentioned un-PC feel gives the film something different to most movies coming out of Hollywood, this despite the fact there is little new in the movie. Overall it could have have been better with a little tightening of the script but as pure entertainment, this is one vacation that really delivers the goods.

Email ThisBlogThis!Share to TwitterShare to FacebookShare to Pinterest
Labels: Adrian Grunberg, Get The Gringo, How I Spent My Summer Vacation, Mel Gibson

I've always liked Mel, and now he's getting better with age. His Hollywood "Outsider" status is what makes him so original and vital. Who wants to clip their support to someone everyone loves. Nothing more boring than that.

Still like Mel...he has made a ton of excellent movies in his career...he should be given a break. He made Braveheart, Payback, The Patriot and We Were Soldiers! All fun action flicks.

He knows how to make gritty action movies.

Looking forward to seeing this.