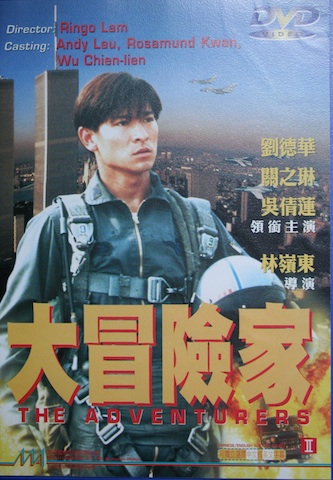 Wah's father, Keung and Leung were members of the CIA. Wah's father was killed by Leung when Wah was nine, he executed the revenge on his father's death after 20 years' time. During the big revenge action, Wah met Lam who was Leung's lover and Sin who was Leung's daughter, he felt in love with the two ladies making a triangle love relationship, Wah having very much confusion among the loving and revenge. After the gang's slaughter, Leung died and Sin was hurt to be a human-plant with Wah's baby, Wah was so upset and painful when the revenge storm was over.

One of my favourites of all the terrible dvd cover write ups, this one's a real classic!
Posted by A hero never dies at 7:06 PM

That feels more like a math problem than a film write-up. I also suggest you rename your blog, or at least subtitle it "the big revenge action".