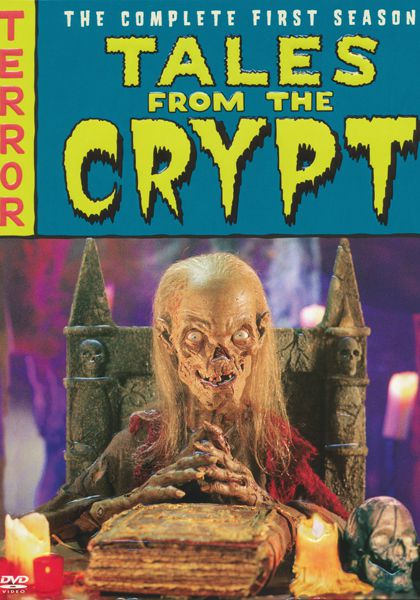 Episode 5 : Lover Come Hack To Me

Synopsis : Just married couple Peggy (Amanda Plummer) and Charles (Stephen Shellen) head off on their honeymoon but a stormy night and a fallen tree conspire to divert them to a spooky old abandoned mansion. Taking refuge in the house, Charles secretly plots to kill his bride for her money, while all Peggy wants is to have the perfect wedding night, or does she have a secret of her own? 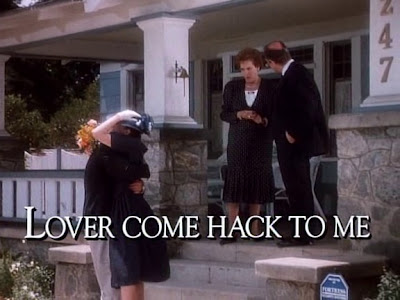 Again a more serious tone pervades Lover Come Hack To Me, and while this is probably the weakest episode of the first season, to it's credit, it's also the first one where it isn't immediately obvious where it's heading. This fact alone is enough to make the episode worthwhile but there is interest elsewhere too, including more sex and violence than all of the other episodes of the season. The best thing about Lover is easily Amanda Plummer, who goes though a memorable transformation from the mousy woman at the start to sex kitten Peggy. Shellen is suitably slimy as the money grabbing husband but the other main character in the show is the wonderfully atmospheric house, with the great set design shown off to it's fullest by the direction of genre veteran Tom Holland. An interesting episode that ultimately tries to cram too much into it's running time, I'm sure it would have benefitted greatly from an extra ten minutes to flesh out the story a little more.

Synopsis : Forced into mandatory retirement after 47 years on the road, cantankerous Jonas (M. Emmet Walsh) finds being at home all day, every day takes some getting used to. His lonely and long suffering wife Anita (Aura Lindley) tries her best to help him adjust but her huge menagerie of stray animals just grate on Jonas' nerves. Jonas needs a to find a hobby to fill his time and finds a way to kill two birds with one stone. 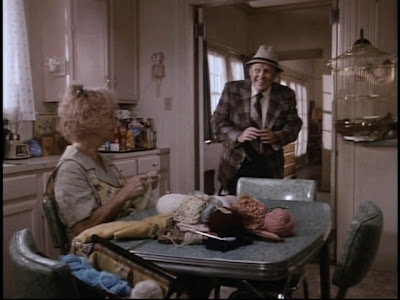 My pick of the episodes from season one, Collection Completed sees the welcome return of the black humour missing from the last two episodes. While it is an extremely funny show it also becomes an interesting exploration of the effect retirement has on people. If that seems a little serious, the show keeps it very light but the theme remains throughout, as Anita, alone for so much of the time while Jonas was out at work finds it just as hard as her grump of a husband to adjust. With the two of them forced back into sharing the house with each other along with all Anita's support group of pets, it's no wonder they both suffer. The screenplay may take this idea to extremes but it really stuck with me. This is helped by the perfect casting and performances of M. Emmet Walsh and Aura Lindley, the chemistry they share is so natural, and while the curmudgeon role is the more showy, Lindley's part is equally as great. A genuinely funny episode with a knockout ending, not spoiled in the slightest by how obvious it is from the second you find out what it actually is Jonas is doing in the basement. Excellent.
Posted by A hero never dies at 7:57 PM