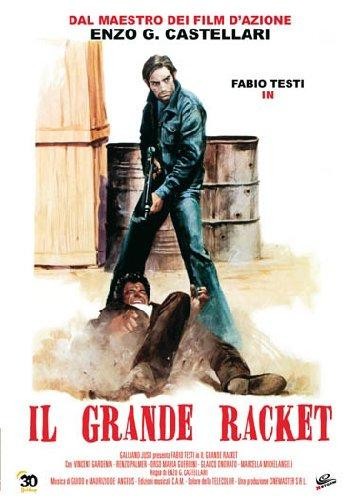 Enzo G. Castellari's Euro crime entry The Big Racket makes for a fine companion piece to his earlier film Street Law. Where that film concentrated on one man and his quest for vengeance, here we get a genre mix of Dirty Harry with vigilante and men on a mission action vibes too. In Castellari's capable hands the movie is never less than entertaining and the next violent incident is only moments away. 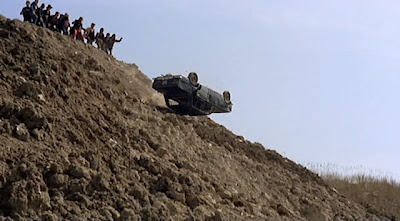 A vicious gang of thugs are terrorising an Italian village, demanding protection money and threatening families if their "tax" demands aren't met. The majority are too scared to do anything, leaving Inspector Palmieri (Fabio Testi) struggling to fight them. When one local man agrees to testify the gang retaliate with a sickening attack on his daughter. As the investigation progresses and the unspeakable crimes escalate, Palmieri discovers the gang are affiliated with drug dealers. His hands tied by the legal system, the Inspector decides enough is enough and gathers together a team of men who have suffered the terrible crimes to exact their own brand of justice. 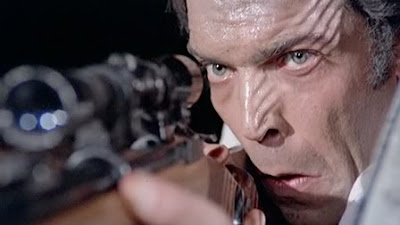 By combining two of the most popular Eurocrime genres, the Dirty Harry rip off and the vigilante movie, Castellari's The Big Racket is a superbly paced movie, which manages to pull off a convincingly downbeat atmosphere, while remaining completely entertaining throughout, a difficult balance to achieve.

While not realistic in a traditional sense, something about the film feels convincingly real. It's hard to explain why as the film is full of inconsistencies, for example throughout the many violent shootouts, some bullet hits result in large bloody squib explosions while some are completely bloodless. The thing that stands out most is the hilarious dubbing, for a film featuring some pretty nasty violence and two repellent scenes of sexual violence, the reluctance of the dubs script writer to use anything remotely approaching bad language is bizarre. It's so bad, even "shit" is replaced with "dung" and "diddly". The important thing is the film overcomes these inconsistencies to deliver a powerful punch that makes the film feel more realistic than it actually is. I told you it was hard to explain. 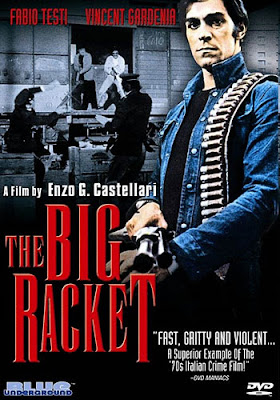 As ever with a Castellari film, the action sequences are excellently staged with a number of exciting shootouts, the finale standing out in particular, and a truly impressive car stunt with Testi being rolled down the side of a hill in a car. Speaking of Testi, this is easily one of his best roles, I usually find him unconvincing but here he's very good. Solid support comes from the huge array of Italian character actors.

Overall if you're a fan of Eurocrime it's hard to imagine you being disappointed with this solid genre entry, it's lightning pace never letting up, filled to the brim with sleaze, action and violence. If that isn't a recommendation I don't know what it is.

Excellent review! The Big Racket is a classic.