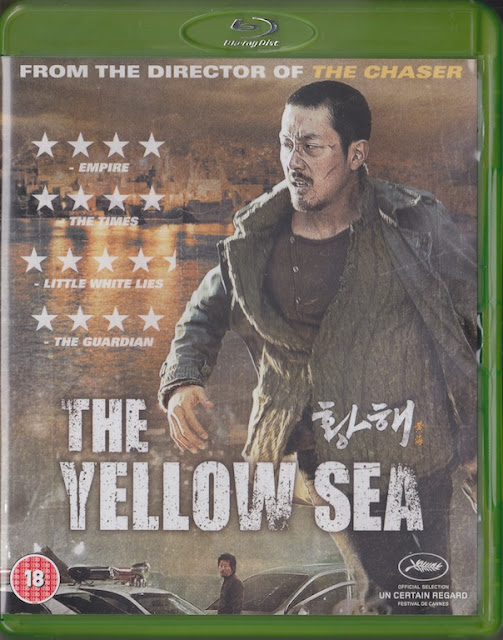 Despite having investment from Fox International, Na Hong Jin's The Yellow Sea has suffered the indignity of being released on dvd in the US in cut form, not only that but the film was seemingly deemed unfit for a blu ray release. This new edited release leaves the film available in at least three different cuts, the US cut, the original Korean theatrical release and the international release also known as the director's cut. It is this international cut that has been released on both dvd and blu ray in the UK by Eureka, under their new genre imprint Monster Pictures. 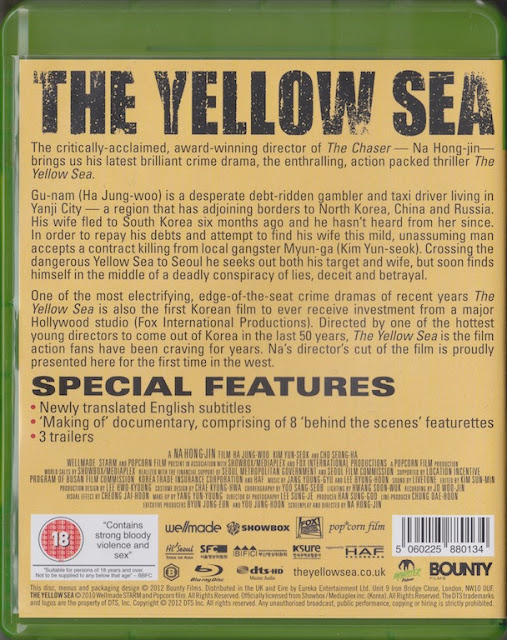 This UK blu ray (Region B locked unfortunately) is a superb presentation of the film, virtually flawless with excellent image and audio quality and newly translated subtitles. Extras include three trailers and an eight part making of documentary. The only improvement this release could have seen would have been the addition of the original theatrical cut on a separate disc (due to the nature of the differences between the cuts, I'm not sure seamless branching could have worked, for more information visit the Wildgrounds comparison here). It could be a rights issue that prevented this, or maybe it was just a cost issue, either way it leaves this version unavailable in a legitimate English friendly version. Having now seen both the theatrical and International cuts, I'm hard pressed to say which is the better version. While there is no doubt the shorter by 16 minutes International cut is tighter and has less repetition, the 156 minute theatrical cut has a slightly different feel that I really liked. In the end it's irrelevant which is preferable as it's a great film in either form, and one that receives my highest recommendation. 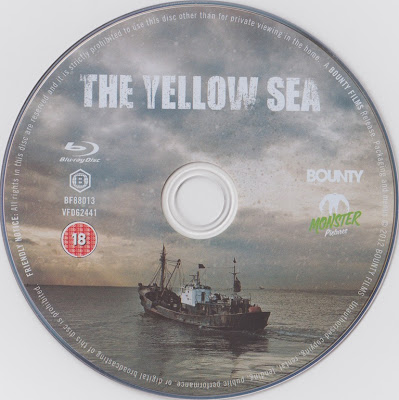 For my review of the film itself click here. 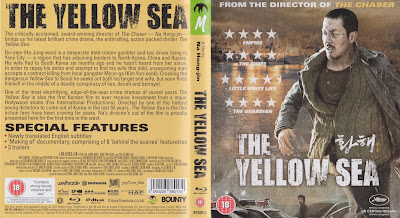 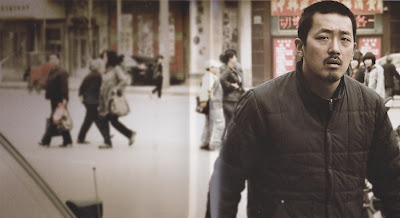 I'm totally with you on this, Hero. A beautiful presentation.

Strange, but the US is dropping the ball more and more on BluRay releases -- and the UK has picked it up.

For me, there's no other choice than this BluRay.

Another recent non-BluRay "mistake" was the US release of Wakamatsu's CATERPILLAR and UNITED RED ARMY on DVD only.

The Diary of a Milkman said...

When you say Region B locked, are you saying that it's not playable on a US bluray player?

This is definitely in my future. That is, if I also buy a region free Bluray player.

Phantom, How did you get this blu ray to Australia so quickly? I only received it myself yesterday!

It makes a nice change for the Brits to have some decent releases, although I don't care where they come from, I just want the best I can find!

Milkman, the green is pretty snazzy, I'm not sure why they went with it though, maybe all of the Monster Pictures releases will be done that way?

Yes, the disc won't play in a standard US player, that region free player needs to be had just as soon as you can!

I only got it the day before you, Hero, but watched it right away.