I'm clearly a little behind, as we're into March but anyway here is the next lot. 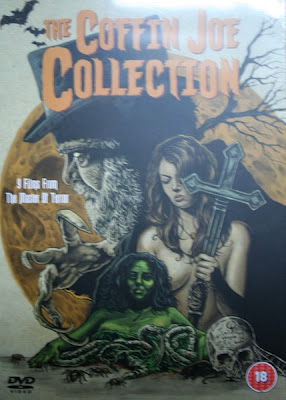 Coffin Joe Collection. My curiosity got the better of me here, I've never seen anything by Coffin Joe but when this 9 film box set came up at a stupid price I couldn't resist. I've read that the transfers are poor but at around £1 per film I thought it was worth a shot. Any recommendations of where to start? 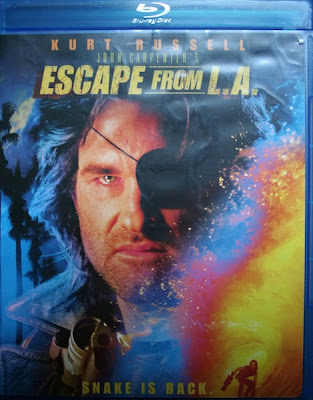 Escape from L.A. John Carpenter's horribly disappointing sequel to Escape From New York on blu, if there are any fans of the film, the blu ray actually looks very good. I'd have been better off with the crappy dvd, maybe the terrible effects wouldn't have looked quite so obviously fake. Review here 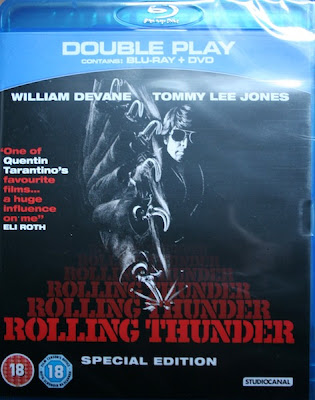 Rolling Thunder. Excellent movie on a solid blu, a must have for me. 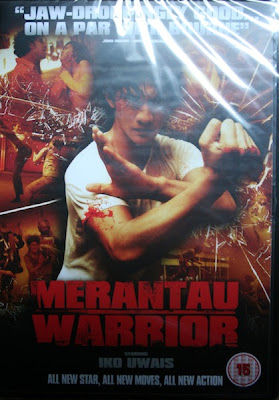 Merantau Warrior. With the release of Gareth Evans The Raid edging ever closer, I picked up his Merantau Warrior. Numerous people have recommended this to me, perhaps the most persuasive argument coming from fellow blogger robotGEEK 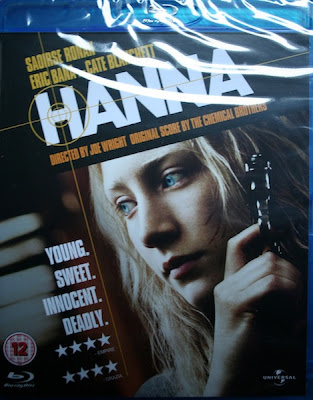 Hanna. One of my picks of last year, Joe Wright's fairytale influenced action film seems to divide audiences. I highly recommend it, and the excellent blu ray. 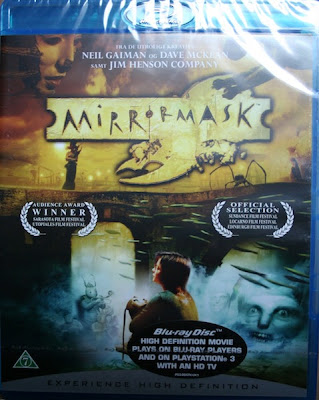 Mirrormask. Dave McKean's film of Neil Gaiman's Mirrormask, I saw the trailer for this when it came out and promptly forgot about it, so I picked it up. I don't know much about it but I thought it looked very interesting.

More to come soon.
Posted by A hero never dies at 6:33 PM

Start with AT MIDNIGHT I'LL TAKE YOUR SOUL. Then I'd give THE STRANGE WORLD OF COFFIN JOE a shot before approaching THIS NIGHT I WILL POSSESS YOUR CORPSE.

I like the unbridled , single-minded insanity of this guy.

The doco included with this set is really good, too.

Thanks Phantom, I thought the collection was probably worth the money for the documentary alone, to learn a little more before diving in.

"I like the unbridled , single-minded insanity of this guy." I think I'm going to like this too!

Loved the Chemical Brothers score, again it seems to be quite divisive but I thought it married perfectly with the visuals.

His production values are low, but his heart is big and his sincerity is unquestionable.

Also worth noting the fantastic Chemical Men score of HANNA.

And, yeah, ROLLING THUNDER a must-have. On Blu (!)

Great picks. Escape from LA on bluray is epic.

I really should pick up the Coffin Joe set even if the transfers are problematic. I thought Anchor Bay might have pulled the set but I guess not, it's been out for ages. Damn, I wish I picked up the Brazilian set back in the day. It looked pretty impressive. Mart, José Mojica Marins' 2008 Coffin Joe film Embodiment of Evil is well worth grabbing as well - it's really good, one of the best of the recent crop of Horrors. I'm sure the UK Blu is very cheap...

I've been meaning to grab me the Coffin Joe for some time. At that price, it's a no brainer. Were did you buy from, Martin?

Wes, I'd pick it up soon if you're going to, I imagine it will go OOP pretty soon, I never saw the Brazilian set you mention, when you say it looked impressive do you mean packaging or transfer wise or both?

I do have the Embodiment blu, it was so cheap it would have been rude to not pick it up.

Jon, the set is currently £9.67 from Amazon or HMV, take your pick!

Yeah, the Brazilian set is quite a prize among collectors, it's well out of print now but the 6 discs came with English subtitles, double-sided artwork, stacks of extras (not subtitled unfortunately) and pretty good transfers. You can see the boxset in this youtube clip (seen around the 4:40 mark) courtesy of a Coffin Joe collector. I'm gonna get the Anchor Bay boxset after this, I'm not that fussy when it comes to transfers...

The Diary of a Milkman said...

You should really dig Coffin Joe. And as Phantom said, you should start with At Midnight I'll Take Your Soul. What a great buy.

I'm really hesitant about Hanna. I have this issue with lil girls in action films - I hate them. I can suspend belief for everything besides pubescent girls beating grown men up. I watched Chocolate for about 15 minutes before I threw it in the trash. o0

Mirrormask - I had high hopes for that one but was totally underwhelmed by it.