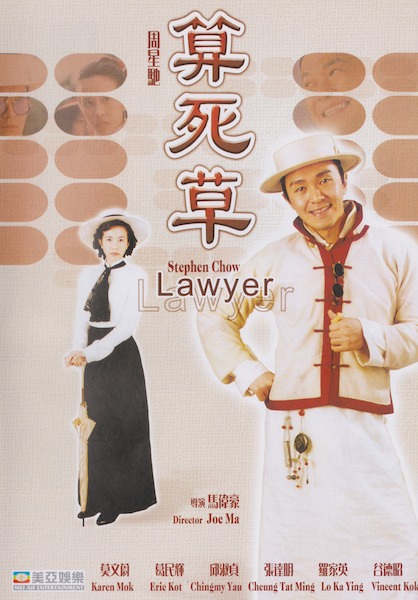 Stephen Chow plays Chan Mong Gut, a Chinese lawyer who is as immature as he is intelligent, he wastes his intellect devising elaborate pranks to play on not only his enemies but his student Foon (Eric Kot) too. When Chan Mong Gut and Foon fall out, Foon leaves for Hong Kong and soon finds himself framed for a murder he didn't commit, can the genius lawyer's skills translate to the British law court and allow him to save his friend? 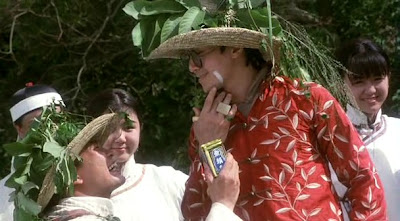 If that plot synopsis feels a little basic and underdone, then it's apt as a slim plot and woefully underdeveloped script undermines Joe Ma's Lawyer Lawyer. The film barely runs 80 minutes and is padded to 85 by an outtake sequence, a sign of just how barebones the story is. Stephen Chow does the best he can given the thin material and for fans his charisma is really all the movie has going for it. If you're not a fan of Chow, steer well clear as this will not convert anyone to his cause. The supporting cast, always important in a Chow film, are given little to do. Eric Kot is painfully annoying for the majority of the film before pulling it back slightly by the end. As for the ladies, Karen Mok has little to do other than look pretty and Chingmy Yau fares even worse and barely even registers. Why cast two such high profile stars and then not use them? 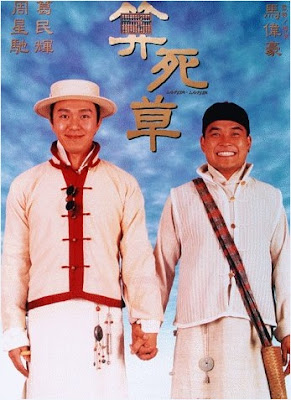 Lawyer Lawyer has the feel of an older Chow film, complete with a throw the kitchen sink in attitude and as ever it's predictably uneven, and given the thin material even more hit and miss. The film does have a few moments of Chow magic but they're few and far between, instead throughout the movie we get dizzying amounts of scatological humour which unfortunately feels lazy and tired and adds to the overwhelming feeling that the script was not good enough. If that isn't bad enough the movie also features some highly dubious racial "comedy", which is surprising for a film made so close to the turn of the millenium. 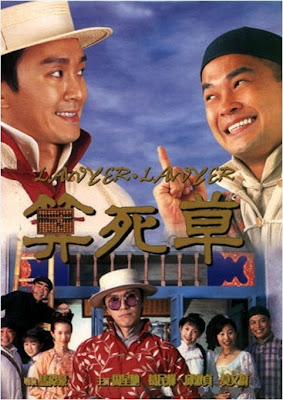 Certainly one of the lesser Stephen Chow movies from the late 90's, before he later went onto hit the worldwide stage with Shaolin Soccer and Kung Fu Hustle. Despite one or two moments that are genuinely funny, this film feels like Chow cashing a pay cheque, and while there are glimpses of his skill, ultimately this feels like a waste of his time. It's hard to believe in two short years he went from this to King of Comedy, which remains my favourite of his films.
Posted by A hero never dies at 6:20 PM