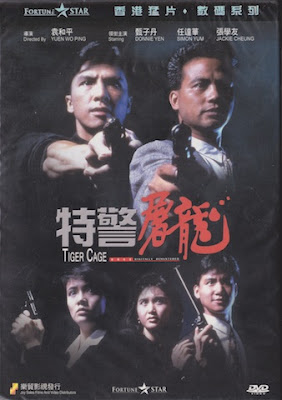 A seemingly tight knit team of cops (Simon Yam, Leung Kar Yan, Jacky Cheung, Donnie Yen, Carol Cheng and Ng Man Tat) are investigating a gang of international drug dealers. An operation to bust them results in a violent shootout with the dealers, Hsiung (Wang Lung Wei) escapes leading to an act of vicious retribution, upping the ante even further. The cops go looking for vengeance but they find far more than they bargained for. 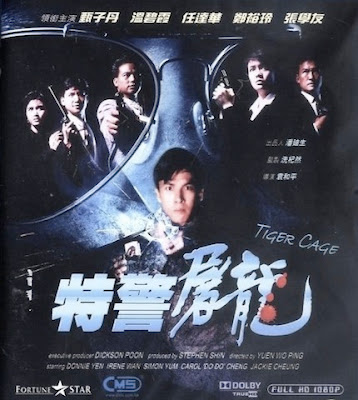 Tiger Cage's plot is well worn and full of cliches, what Yuen Woo Ping's movie does so well is rise above the exposition and cliches by using the film's incredibly hard hitting action and violence to raise the dramatic stakes to almost operatic levels. The cast of young stars mixed with a healthy dash of more experienced performers along with the action team give everything to keep the action moving relentlessly forward. Jacky Cheung is very good playing a cocky and reckless detective, his commitment to the part as his character is put through hell is reminiscent of his Bullet in the Head role, as in that film he overacts somewhat, but I found it undeniably effective. Less effective are his surveillance skills which surely should have led to his death within minutes! The real stars of Tiger Cage though are the stunt people and action choreographers with a number of wince inducing moments that had me shouting at the screen loud and often. 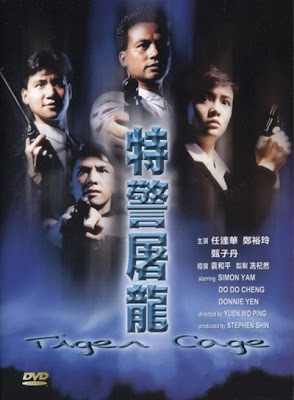 Fortune Star's remastered dvd looks very good and pleasingly features the original mono soundtrack as well as the usual surround sound remixes. However the subtitles feature some awful spelling mistakes that are very sloppy, is it too much to ask for a little bit of effort to go into the translation? 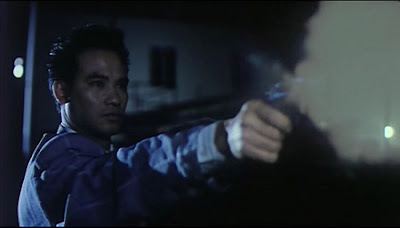 A stunningly bleak, brutal and nasty action film, featuring jaw dropping stunt work and enough gory incident to satisfy just about any jaded genre fan. Yuen Woo Ping's movie maybe cliched in plot but it's excellent in execution and deserves to be considered amongst the best Hong Kong crime films of the 1980's.
Posted by A hero never dies at 6:55 PM

Really great review man! I'm all over this one. Hope it's not too far out of my reach, because it sounds awesome and my kinda flick.

Thanks rG, it shouldn't be too hard to track down and it's well worth the effort anyway.

Great review. A really solid film with, as you say, great action. Bleak, too. I saw it originally at Melbourne's Chinatown Cinema and was alone. The sequel is inconsequential.

Thanks Phantom, I haven't seen the second one for many years, I remember enjoying it but times change and I will be revisiting it soon. In complete agreement with you on this one, would love to have seen it theatrically.

I saw this film years ago -- before Donnie Yen became the big star that he now has (finally) become. Strange but true: I actually can't remember much about it. Maybe it's time for a revisit...

Hi YTSL, It feels quite generic in many ways, so I'm not surprised you don't remember that much. The action and darkness are certainly the movies best features, well worth a revisit in my opinion.

Excellent Review! Loved Tiger Cage. The action scenes were great and it is just an all-around solid crime flick.

Cheers Ty, need to fit in the two sequels now.