US Trailer For Gareth Evans' The Raid And WTF Rename 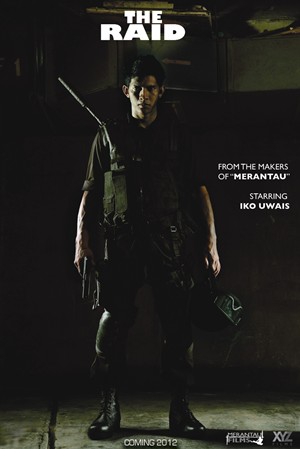 The momentum behind Gareth Evans' The Raid just keeps on building, now we have the US trailer for the film. So high is the level of hype, I have to question if it will be able to reach it when it is finally released in May in the UK.

Sony in their wisdom have decided to rename the film The Raid : Redemption, who knows why? The Raid was punchy and to the point, adding Redemption to the end will, I imagine, cause confusion in the average moviegoer and it would be a shame if the film loses even a single viewer to this silly change.

Email ThisBlogThis!Share to TwitterShare to FacebookShare to Pinterest
Labels: The Raid

My anticipation for this film has fallen a bit with that renaming.

"Redemption"???? Whyyyyyyy???
Still super excited to see this though.

The name change doesn't change anything for me, it all just seems a little pointless. Bring it on.

Still super excited to see this. It will completely blow Expendables II out of the water with its R-rated action.

Gareth Huws said he had to change the name to get the film released in the USA. They had him, as they say, over a barrel. All over at Twitch if you want the latest.