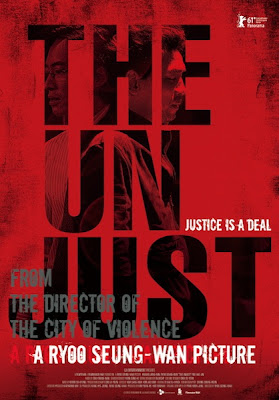 Coming from Ryoo Seung Wan, the director of Crying Fist and The City of Violence, you could be forgiven for expecting another high octane, action packed movie. Instead the director delivers an intelligent and taut thriller highlighting the corruption running through the Korean legal system, from the police through to the prosecutors. Impressively for a film with such a rich and complex plot, one that demands the audience's attention completely, the movie went on to become one of the biggest Korean movies of 2010. 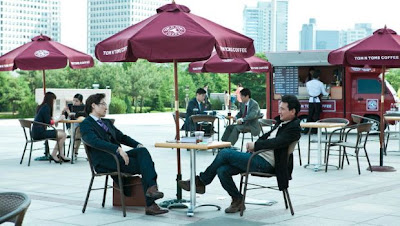 A child serial killer is on the loose and the efforts of the police to catch him have been ineffectual, with the media image of the police suffering as a result. In order to rectify the situation, the ambitious Detective Choi (Hwang Jung Min) is promised a promotion he has been denied in the past, if he can bring in someone for the terrible crimes. Having selected a suitable suspect (one that has already been cleared during the investigation), Choi enlists the help of gang boss Jang (Yu Hae Jin) to "convince" the man to confess to the killings. Choi's "success" in bringing the killer in brings him to the attention of the equally shady and ambitious prosecutor Joo (Ryoo Seung Bum). Joo also has gangster connections, and as their worlds twist into each other, what follows is a personal battle of wits between the two men, as they each try to bring the other down. 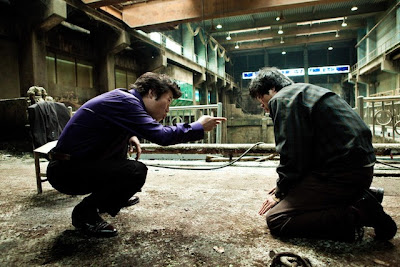 One of the best elements of The Unjust is the lack of a good guy so to speak, both leads are equally self serving and willing to use anything and anybody in order to achieve their goals. It's unusual and refreshing to find a film structured in this way, as it keeps the audience off balance but also equally invested in both characters. If Hollywood deems the movie worthy of a remake, it will be interesting to see if this aspect remains the same, somehow I doubt it.

Ryoo Seung Wan's direction is superb, the dynamic visual style employed keeps things moving and prevents the film becoming bogged down in the complexities of the plot. Despite the bleakness of the film as a whole it has a rich, glossy look that contrasts nicely with the actions of the story and characters. The City of Violence, the director's 2006 film was highly underrated in my opinion and The Unjust further enhances his reputation as being one of the best directors in Korea. 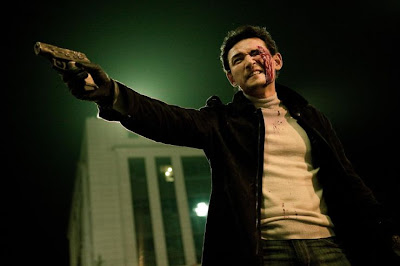 The storyline twists and turns impressively keeping the viewer constantly second guessing where it's going, aside from the solid writing this is helped immeasurably by the excellent performances by not only the leads but the supporting cast too. Hwang Jun Min is superb as the seemingly in control Detective, as his character begins to fray around the edges the tension becomes palpable. He has a remarkable similarity to Tony Leung Chiu Wai, slightly less handsome and a little rougher around the edges but it struck me throughout just how much he looks like Leung in Bullet in the Head. Ryoo Seung Bum is equally good, more intelligent than Choi but never quite in control of the situation. A mention also for Yu Hae Jin, who doesn't have that much screen time but makes the most of what he has and is very memorable. 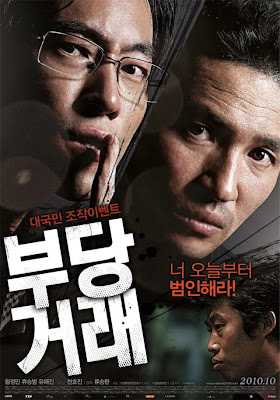 The Unjust paints an uncompromising and horrible portrait of the Korean justice system, I can only imagine what the authorities must have made of it! The film is truly excellent, dark and bleak in the best sense of the words, intelligent and thoroughly exciting. Filled with great performances and bursts of brutal action, the violence is made all the more powerful by it's sporadic nature. It's always a good thing when a film like The Unjust does well at the box office, as it shows producers that audiences are not afraid of paying attention, lets hope the trend continues.
Posted by A hero never dies at 9:51 AM

I love these kinds of films, when a filmmaker shows you in painstaking detail the goings on of the legal system and how methodical it all can be. Great review man! Will definitely have to check this one out!

Thanks rG, it's highly recommended. How do you find Korean film in general?

So far, every one I've seen lately has been pretty fantastic. They seem to have a much more gritty style in general and I commend them for that. I've realized that I'm drawn more and more to Korean films. There's just too many!!!