Once Upon A Time In Triad Society 2

Cha Chuen Yee's unrelated sequel to his own Once Upon a Time In Triad Society has a more straight forward narrative than the first film, taking place over the course of one afternoon and night. What the sequel lacks in tricks it makes up for in heart, with nicely developed characters taking precedence over the first films absurdity. The real ace the movie has up it's sleeve though is the returning Francis Ng, playing a completely different character this time around, and even though the film is more of an ensemble piece he manages to completely steal the show once again. 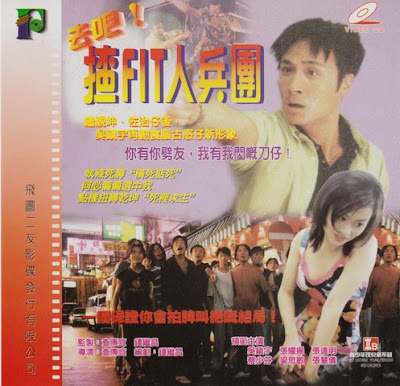 Two rival gangs are waiting on the outcome of a negotiation between the gang leaders. In the afternoon and evening leading up to the meeting tensions are running high, anticipating a night of violence on the streets of Hong Kong. We are introduced to Dagger (Francis Ng) a smart but cowardly triad, who understands the fallacies of the triad lifestyle and who just wants to play mahjong and avoid the whole situation. Dinosaur (Roy Cheung) is the complete opposite, he lives for the thrill of the fight, longing for the action to arrive, to give himself and his friends the chance to prove themselves in honourable battle. Cheung Tat Ming is an anti-triad cop with more than work on his mind, his relationship with his pregnant wife is faltering, and as a result he's under great pressure from his boss. Can the situation be averted or will the tension prove too much? 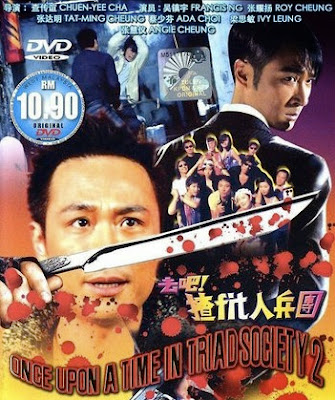 Whereas the first movie threw the viewer into a whirlwind of absurdity, Once Upon a Time In Triad Society 2 takes a more leisurely approach, gently introducing and developing it's characters. As a result the film lacks the immediacy and energy that served the first movie so well. Instead thanks to the superbly constructed screenplay, we have three dimensional characters that we can care about, a story that ratchets up the tension as the film progresses, reaching genuinely exciting levels at just the right moments. A great cast is headed by Francis Ng, who once again delivers a brilliant, nuanced and amusing performance. Roy Cheung is great fun and it's nice to see Cheung Tat Ming in a more dramatic role than I'm used to seeing from him. Ada Choi, Ivy Leung and Angie Cheung all put in solid performances as the girls in the men's lives. 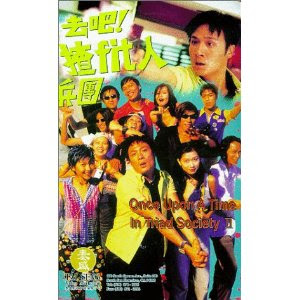 Once again Cha Chuen Yee delivers a clever, thoughtful and highly amusing film that also carries emotional weight thanks to it's well developed characters. Just as much of an anti-triad movie as the first but approaching it's subject from a different angle, the two movies make for a great double bill, or rather they would if you could get hold of them, like the first movie, this one is unavailable in Hong Kong too. The two films deserve a much better fate than languishing in the obscurity they currently do.
Posted by A hero never dies at 1:24 PM

Email ThisBlogThis!Share to TwitterShare to FacebookShare to Pinterest
Labels: Cha Chuen yee, Frances Ng, Once Upon a Time In Triad Society 2, Roy Cheung