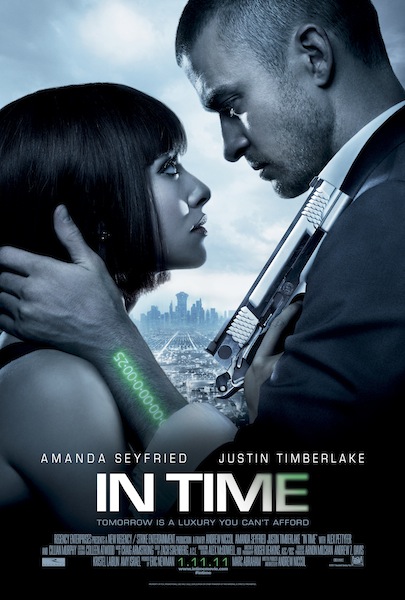 In Time is not the kind of film I would usually post about, and indeed this is why it has taken me so long to actually get around to it. Andrew Niccol's film drew me in to see it by having a great hook of a premise, time is currency, run out of time and you die. Pretty simple, yet full of interesting possibilities. 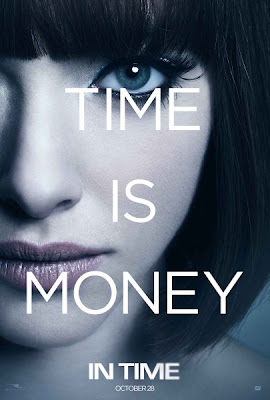 Set in an unspecified future, the human ageing gene has been switched off at 25. In order to keep the population numbers in check, once you reach 25, a clock begins counting down on your arm giving you one year to live. Everything is paid for using this time and time can be added through working, leaving the poor living day to day, fighting to stay alive, while the rich are practically immortal.

When Will Salas (Justin Timberlake) is given a hundred years by a 105 year old man, he attracts the attention of Timekeeper (Cillian Murphy) who believes Salas murdered the man, after all who gives away a century and chooses to die? On the run, Salas kidnaps/coerces the rebellious daughter (Amanda Seyfried) of the wealthiest man alive and together they set out to destroy the system. 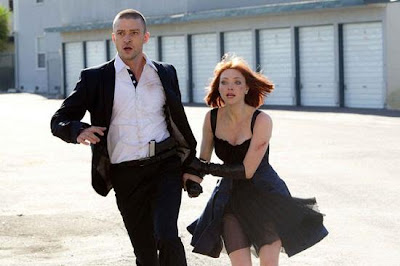 Stealing from a huge variety of sources, the most obvious of which being Logan's Run, the central idea of time as currency is such a strong core idea, it's hard to believe it hasn't been done before. Reportedly author Harlan Ellison attempted to sue over similarities to a short story of his titled "Repent Harlequinn! Said the Ticktockman" but after seeing the film, he dropped the lawsuit. 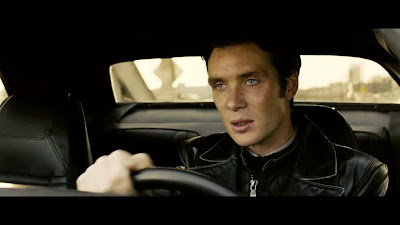 While the concept is great, unfortunately In Time has many problems, plot strands are introduced and then quickly abandoned in favour of a series of flat action scenes. Action is clearly not Niccol's forte, and the film is concrete evidence that filling a film full of chase sequences does not make for an energetic film, just a tiring one. Timberlake is fine and could well turn out to be a very good actor given the right kind of roles, the jury is out at this point on him as an action star. Seyfried is also fine and looks great tottering around on those huge heels, God only knows how she manages to run flat out in them though. Sadly the two stars lack chemistry together and it makes the quieter scenes suffer in between the chases. Murphy fares much better, with one of his trademark creepy performances as the single minded Timekeeper, although he does stick out as looking distinctly older than 25, maybe he just had a big paper round as a boy! 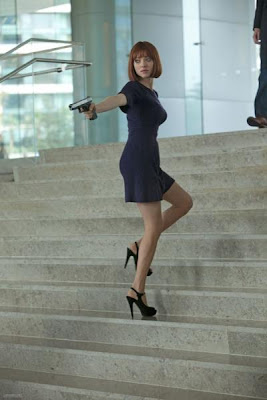 Proof if any were needed, a great idea alone is not enough to make a great film. By revelling in mediocrity, In Time is happy to waste it's excellent central idea. It coasts along throwing out a few interesting questions about time and immortality before quickly covering over them with it's high gloss
surface. Some tension is generated as the character's clocks and lives tick down but I expected much more from Niccol, who previously made the excellent Gattaca, in fairness, perhaps studio interference was involved somewhere along the line. After all, I imagine the studio execs took a real interest in this particular film, how often can an adult orientated film be almost exclusively populated by so many beautiful people, none of whom are supposed to be over 25? 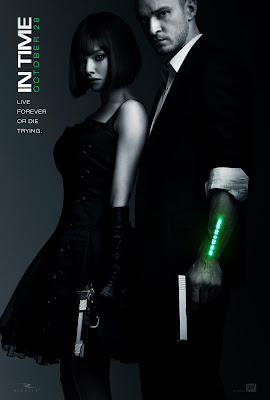 Email ThisBlogThis!Share to TwitterShare to FacebookShare to Pinterest
Labels: In Time

Your take on this is the impression I get when I see the trailers. I think it was good for Timberlake to take on a role like this also, to show he might be capable of stuff like this in the future. Niccol on the other hand, has never impressed me. Though to be honest, I've never seen Gattaca before either. I always dig Murphy though. He's great in pretty much everything he's in. Even his tiny uncredited scenes as Edward Dillinger in Tron: Legacy.

rG, Murphy is good as always, haven't seen Tron : Legacy as yet. It's worth seeing for the ideas but frustrating in the end as they aren't capitalised on.

I'm one of the biggest Tron nerds out there. The first is still one of my absolute favorite flicks of all time. I was so excited to learn they were finally doing a sequel, but was ultimately let down big time. I know they'll make more, and I hope they'll touch on all the tings they neglected in Legacy. I mean, it was called Tron, yet it's not even about Tron.