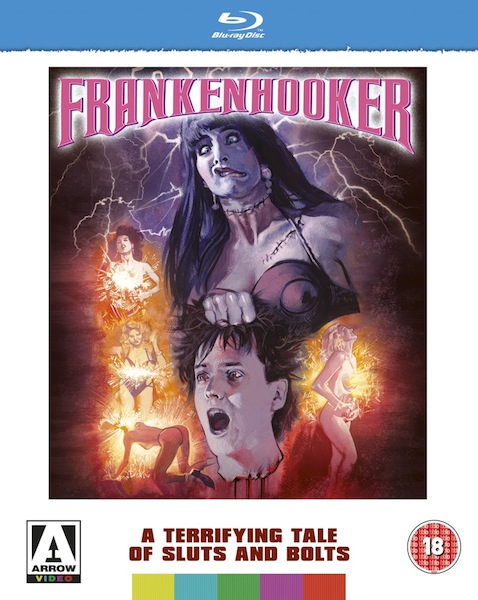 It's funny how your mind plays tricks on you, I hadn't seen Frank Henenlotter's Frankenhooker since it's UK VHS release around twenty years ago, and I remembered it as being a highly amusing gore fest. Seeing it again on Arrow's new blu ray, the highly amusing part was correct but it actually has surprisingly little gore for a movie made up of so many flying limbs! My other main recollection was what a standout performance James Lorinz delivered as Jeffery Franken, however on seeing it again I found him mildly irritating. Of course the standout performance comes from Patty Mullen as Franken's cobbled together recreation of his girlfriend Elizabeth. 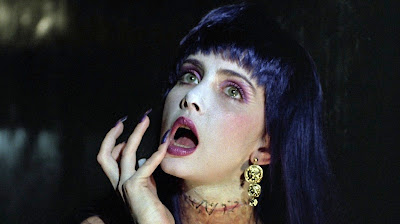 Mullen completely lifts the film as soon as she reappears as the jigsaw girlfriend, bringing charm and sympathy to a film where neither were expected. Not only that but she's terrifically funny both in her line delivery and the awkward physical comedy as she staggers around the New York streets. She's worth the price of the disc alone, and has been catapulted into my personal horror heroine hall of fame. 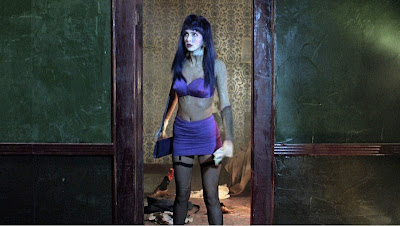 I seem to recall controversy at the time of release of Frankenhooker, it's hard to imagine anyone taking Henenlotter's film seriously though. From the opening of Elizabeth being sliced and diced by remote controlled lawnmower the film is so outrageously tongue in cheek, so much so the movie has been downgraded from an 18 certificate to a 15 in the UK. Yes the film has plenty of T&A and deals in the grimy, sleaze of New York but it's so hard to take seriously, the sleazier aspects are actually quite comforting. The special effects are completely unrealistic but this only helps the with the tone of the film, and I must add the actual make up effects on Elizabeth look great.

Arrow's blu ray looks surprisingly good for such a low budget film, hardly demo material but much better than expected. The Synapse US disc is reportedly a marginally better presentation and has a 5.1 sound option whereas the Arrow has only a stereo option. The Arrow release has more extras though, so it depends on which has more importance to you. Chances are you would only watch the extras once, so for me having rented the Arrow disc, the Synapse will be the better option to buy.
Posted by A hero never dies at 2:38 PM

Dude! I have not seen this since it's initial VHS release. For me, the main thing that always comes to mind when I think of this is that quote from Bill Murray so prominently displayed on the cover above the title. lol. I always thought that was so amusing. I need to get my hands on this one. Great review man!

rG, It really holds up as a whole ton of fun, Lorinz I found a little irritating but you have to remember it's fro a different era and I loved him at the time. Patty is amazing and well worth the price of which ever blu you choose, no question.