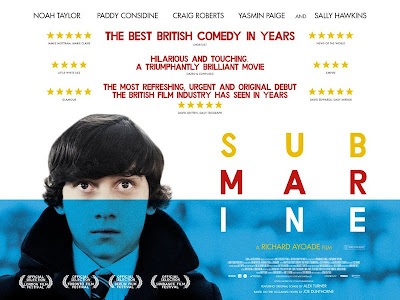 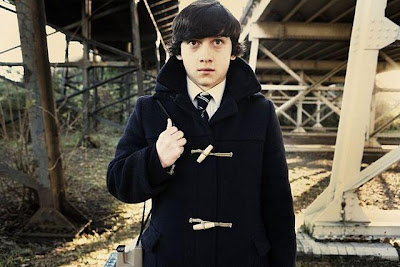 Set in Swansea, sometime in the mid eighties (it's never specified but Crocodile Dundee is playing at the local cinema), Submarine's strengths are his cast of British eccentrics and Ayoade's own keen visual eye. Oliver and Jordana are the films best developed characters (as they should be, being the focus of the story), with a marked contrast in style between the two. Jordana is initially feisty and aloof, treating Oliver as something of a plaything, before the story opens her up and shows us the real girl. Oliver on the other hand is a familiar archetype for the coming of age movie and yet still feels different at the same time, maybe this is down to him being British and most films mining a similar theme are American. The geek tendencies Oliver flaunts (the outfit of Duffel coat and briefcase to his dictionary reading), draw inevitable comparisons with Rushmore's Max Fischer. The main character trait the two have in common is an immense talent for self delusion, which really helps Oliver remain loveable, despite the fact he's actually a bit of a twat. 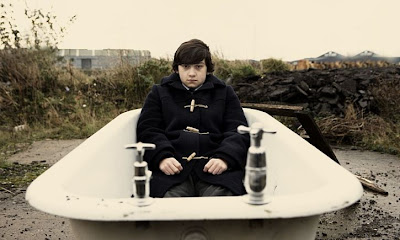 The adults in the film, while less well developed are enough to add weight to the proceedings, particularly Oliver's repressed parents who are delightfully deadpan. As ever with this kind of story there has to be a villain and Submarine has one of the best, in the form of Graham Purvis (Paddy Considine) a new age speaker, who happens to be the ex of Oliver's mother and who moves in next door to the Tate family. Considine, complete with a long spiky and mullet combo hairdo, creates a laugh out loud funny prize tit of a character who is worth watching the movie for alone. Genius. 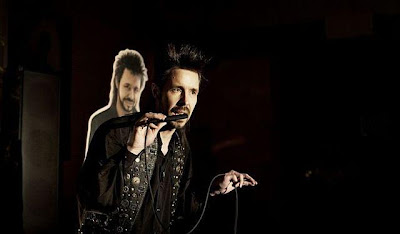 Referring to Rushmore maybe a lazy comparison but I'm running with it, Ayoade's film does feel heavily influenced by Wes Anderson's style (albeit more dynamic than Anderson's) and if you aren't a fan of Anderson I could see you losing interest in this quite quickly. The comparison maybe lazy but it's also true nonetheless, while Ayoade uses more techniques than Anderson, and in particular is influenced by French new wave directors, it makes for a heady concoction that leaves me excited to see his next movie. 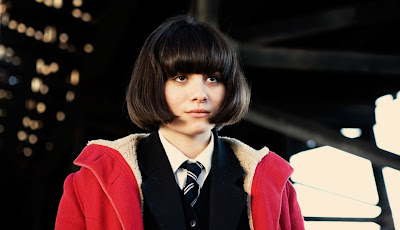 Submarine is an anti-romantic romantic movie, that cleverly sidesteps the sickly saccharine despite having plenty of sentiment, much of which seems to be for the analogue era in which the film is set. Helped by superb performances from it's two young leads, with excellent support from the rest of the cast, teens and adults alike. Alex Turner of Arctic Monkey's fame provides songs for the soundtrack that enhance the feel of the movie, I'm not a fan of the Monkeys but loved these songs. Another huge help in keeping the anti-romance feel are the locations used by Ayoade for growing the budding romance, nothing says unromantic like a grim backdrop but this isn't a traditional romance and romance is where you find it! 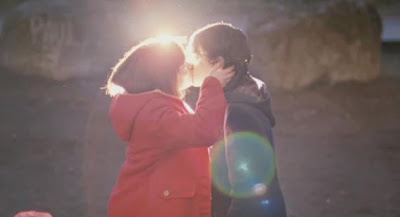 Despite the good reviews Submarine received upon it's release last year, I was surprised by how good it is, had I seen it during last year it would have easily made my top ten list and probably been top five. I found it extremely funny, smart and although I hate to say it sweet. Probably the most impressive aspect is how through a combination of clever writing, Ayoade's identification with the character and Roberts performance, made me fall in love with the pompous, egotistical and narcissistic Oliver Tate.

Great job. The soundtrack was so good, it made me wonder why the last few Arctic Monkeys albums were so poor. Considine was so good too.

Thanks Rich, I'm not a fan of the Monkeys but the songs here completely fit the tone of the movie. As for Considine, he is so versatile, he's one of the best, if not the best of his generation for me.

He's even better in Blitz, with Jason Statham. Considine plays a policeman who is obviously homosexual, but he never resorts to caricature. Very, very subtle.

Rich, I posted about Blitz last year and agree with you, Considine was by far the best part of the film.