Most Anticipated Asian Movies Of 2012

I did a most anticipated Asian movies of the year post like this last year and while some of the movies on it didn't see a release early enough in the year for me to see them (Flying Swords of Dragon Gate and Life Without Principle) and one didn't see a release at all (The Grandmasters), I thought I'd do it again this year. 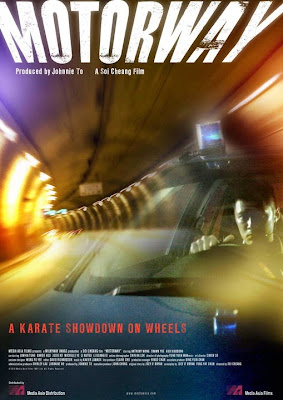 Soi Cheang's Motorway has been on it's way for a long time, apparently put on hold while the director was making his big budget Monkey King movie, as good as that film could be I'm more interested in seeing Motorway. While the tagline "A Karate showdown on wheels" sounds vaguely naff, it also has me excited as to what it actually means. 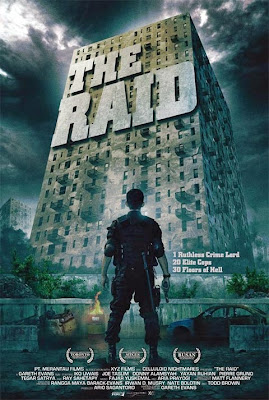 Probably one of the most hotly anticipated of all the movies on this list, Gareth Evan's The Raid has been screened at various festivals and I've yet to read a bad word about it. Looking like a real shot in the arm for the action film genre, I can't wait to see this. 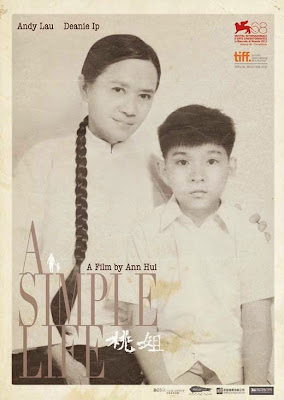 Like The Raid, Ann Hui's A Simple Life has been screened at various festivals and generated quite a buzz without actually being on general release anywhere. The winner of various awards at the Venice festival last year, the feel of this reminds me of Hui's low key masterpiece The Way We Are. If it's anywhere near as good as that film, I'll be extremely happy. 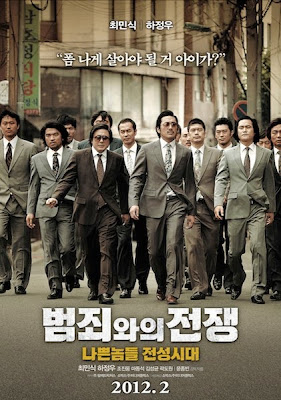 I've already posted about Nameless Gangster twice with the posters, trailer and plenty of stills, I'm really excited for this and as it's out in Korea in February, it will probably be one of the first films on the list we will get a chance to see. It simply has to be the hair movie of the year! 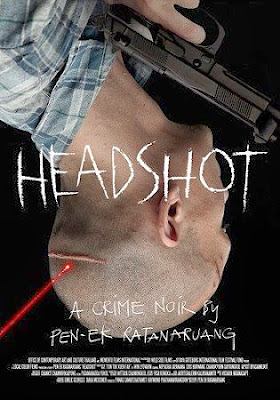 Subtitled "A Crime Noir" Pen-Ek Ratanruang's Headshot looks to be an exciting action thriller with an unusual visual gimmick. The lead character sees everything upside down as a result of being shot in the head. How this will translate for the viewer will be the acid test for the film I suspect, as it if it's used too much it may turn out to be too disorientating. It's certainly an interesting idea and could give a lift to the overplayed hitman genre. 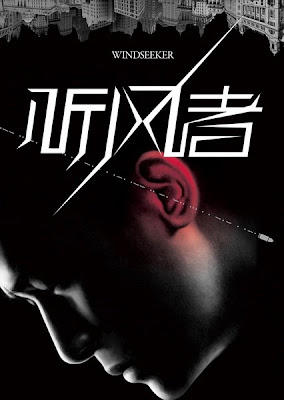 No trailer as yet for Alan Mak and Felix Chong's Windseeker, a 50's set spy thriller about a blind man played by Tony Leung Chiu Wai, who is recruited as a spy due to his exceptional hearing ability. No trailer or footage as yet, this makes the list at this early stage due to the presence of Tony Leung and an intriguing idea. 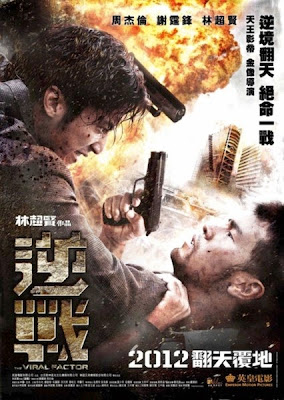 I've already posted about Dante Lam's The Viral Factor, this is another film due out early in the year so it hopefully won't be too long before we get to see it. A cracking, old fashioned looking action film from a talented director, I really hope this lives up to it's promise.

I'm still really looking forward to checking out Life Without Principle and Flying Swords of Dragon Gate of course, and should it ever materialise Wong Kar Wai's The Grandmasters. This list only scratches the surface, and I'm sure many more exciting Asian cinema finds that aren't on my radar at present, will cross my path at some point throughout 2012.

It's shaping up to be a potentially great year! What Asian movies are you looking froward to this year?
Posted by A hero never dies at 4:49 PM

I want to watch all of these films. Can't wait for The Raid and Nameless Gangster.

The Raid is # 1 on my list, followed by The Viral Factor! then Chinese Zodiac, Motorway, and The Grandmasters! I'm sure I'm forgetting some others too

Thanks for this, I shall be looking out for some of these titles.

Interested in the Soi Cheang film because it's Soi Cheang. The karate angle doesn't grab me, and I couldn't care less about another Monkey King movie. I'm over wire-fu and long, overproduced historical epics.

I'd like to know what's happened to Ringo Lam.

Have you heard anything?

'The Raid' does look like it'll be a treat. 'Namelesss Gangster', 'Windseeker' and 'Headshot' aslo sound interesting and you've reminded me that I still haven't seen 'Ploy' yet.

I'm less excited about another Dante Lam film; a director with a lot of promise, who seldom delivers the goods, in my opinion...

Interesting list. And have to admit that I hadn't heard of "Motorway" and "Windseeker" until I read this blog entry! ;O

You don't like any of Dante Lam's films? While I'd agree that "Sniper" and "Fire of Conscience", I really, really liked "Beast Stalker" and "Stool Pigeon".

Peter, John, Anon, The Raid does seem to have quite some momentum behind it, hope it lives up to it's promise!

Phantom, The karate thing I guess will be in a master/student way, should be interesting. As far as The Monkey King is concerned, I expect any of Soi Cheang's personality will be swallowed by the huge budget and star egos. As for Ringo Lam, I'd love to know the answer, I have a weeks worth of Lam posts ready to go.

Dan, Dante Lam can certainly be hit and miss but I certainly am not ready to give up on him yet. I didn't think much of Fire of Conscience but really liked Beast Stalker, Stool Pigeon I haven't seen but it's on it's way to me.

Hi YTSL, Windseeker should be interesting, although it's early days. As for Dante Lam, see above but we seem to be on similar ground as far as his output is concerned.

I've just asked someone I know who worked with Ringo if he's seen or heard of him recently...

As for Dante, I didn't say that I didn't like any of his films; 'Beast Cops' (co-directed with Gordon Chan) and 'Jiang Hu: The Triad Zone' are two favourites of mine. I even will admit to having a soft spot for 'The Twins Effect'...

'Heat Team' was bad. However, for more recent efforts, I though 'Beast Stalker' and 'Sniper' were both very poor. Seeing them both in quick succession made me stop paying attention to Mr Lam...