Following on from part three

The fourth and final installment is a Fortune Star remasters special, each of these being a significant upgrade from any previous editions I've personally seen before. 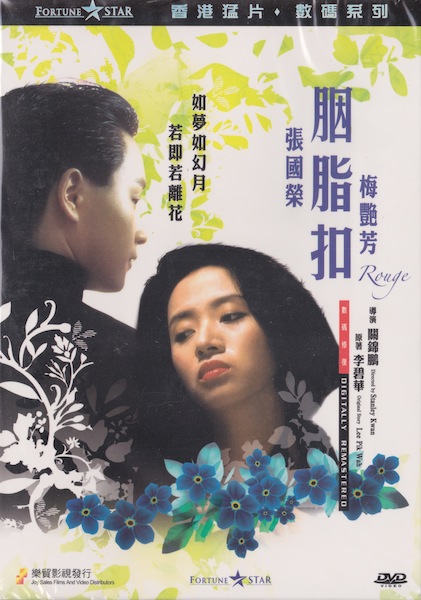 Stanley Kwan's Rouge, a wonderful movie and it looks simply beautiful on this dvd. I had previously only seen this on TV and VHS, and having looked at a few scenes on the dvd the difference is incredible. I have ordered this a couple of times before and it either got lost in the post or was unobtainable, so it's nice to finally have it. A real classic! 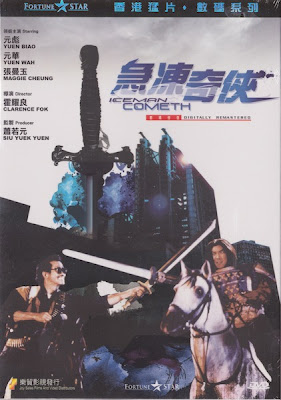 Clarence Fok's The Iceman Cometh starring Yuen Biao, Yuen Wah and Maggie Cheung. Haven't seen this for a long time but I remember it being really fun. Soon to be remade in 3D with Donnie Yen. 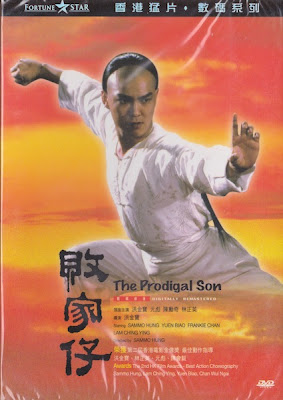 More Yuen Biao magic in Sammo Hung's The Prodigal Son. Again I haven't seen this for years, so it's long overdue a revisit, and from having a quick look at the dvd this looks like the best way to see it. 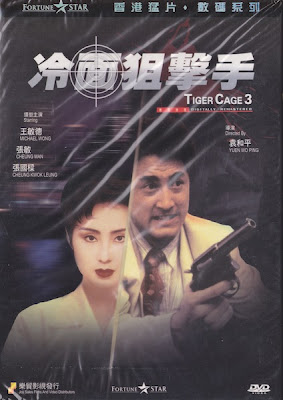 Yuen Woo Ping's Tiger cage 3 is the only film from this batch of dvds I haven't seen before, it's reputation isn't as high as the first two but I'm hoping for a solid action flick. 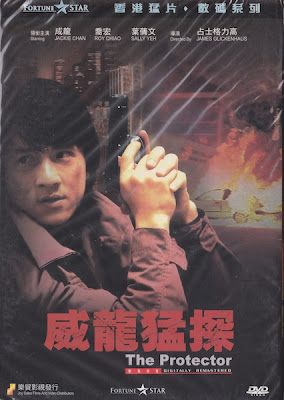 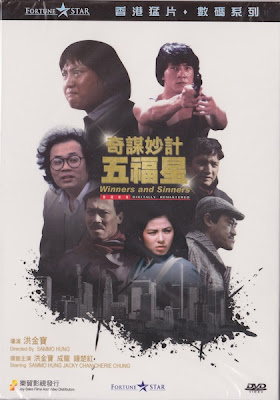 A couple of Jackie Chan movies, both of which I haven't seen since the VHS days. I'm especially keen to rewatch James Glickenhaus' The Protector after recently watching The Exterminator again. Winners and Sinners I can hardly remember anything about. 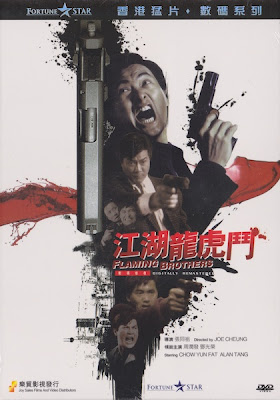 Joe Chung's Flaming Brothers, with a screenplay by Wong Kar Wai and starring Chow Yun Fat and Alan Tam. Once I had exhausted the HK films readily available to me, Flaming Brothers was one of the first I saw through illegitimate means, virtually the only way back then. A fellow film fan in Leeds was lucky enough to have a place close to him that rented Hong Kong movies to the local Chinese community, and having gained the owners trust, a steady stream of HK movies were available. I would trade original tapes for VHS copies of the HK goodness he had access to. I suppose some of those tapes would have been worth a fair bit now but it was a great trade for me as it completely cemented my love for Hong Kong film. Flaming Brothers was an early pick as I would choose anything starring Chow Yun Fat, I loved it at the time but saw it again a few years later and thought it was pretty average, aside from the blistering shoot out. I was persuaded to give it another shot by Hong Kong Rewind's excellent review.

That's all for December.
Posted by A hero never dies at 5:42 PM

I should mention that The Protector is actually Jackie's Hong Kong re-edit. With all the nudity cut out and the fight scenes redone. I've ordered that myself but it's yet to arrive.

Steve, I was under the impression it was the US edit, if it's the HK cut then all the better!

Actually, on closer inspection, it appear it is indeed the US theatrical edit BUT Sally Yeh's scenes are in there. I think that's what led me to believe it was Jackie's edit. Seems there's a Japanese Blu-Ray that contains both cuts plus an extra Japanese edit. Think I'll order that and whack my DVD on eBay.

Having now watched it Steve, it is the US version as it was. I know it takes plenty of flak but I kind of enjoyed it in a trashy way, parts are hilarious.