A landmark release not only for John Woo's The Killer but for Hong Kong cinema in general, the incredibly lavish Criterion laserdisc set of Woo's movie showed Hong Kong film deserved the kind of respect previously only given to the heavyweights of World cinema. 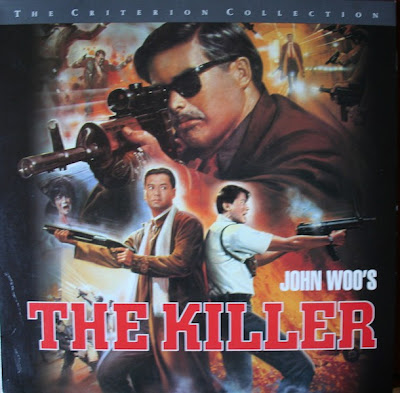 The three laserdisc set comes in a gorgeous tri-gatefold sleeve, with the film presented in CAV format (allowing trick play features). The extras include a commentary by Woo and his long term producing partner Terence Chang, five deleted scenes, a student film made by Woo, a bio-filmography of Woo and also one for Chow Yun Fat, a guide to Hong Kong cinema and trailers for 11 John Woo movies. These extras may seem fairly routine these days but back in 1993 when this laserdisc was unleashed, it was unprecedented at least for a Hong Kong movie. It was also by far the best presentation of the film available at that time. 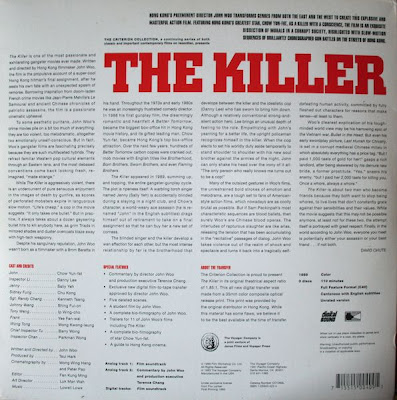 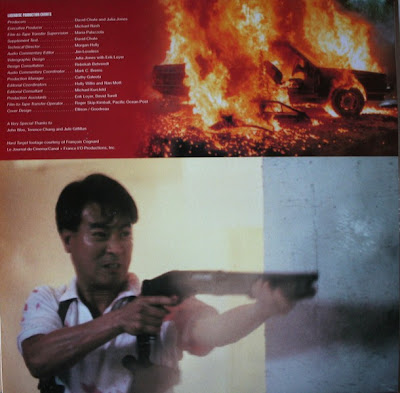 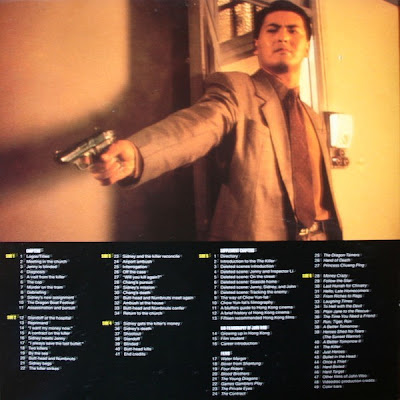 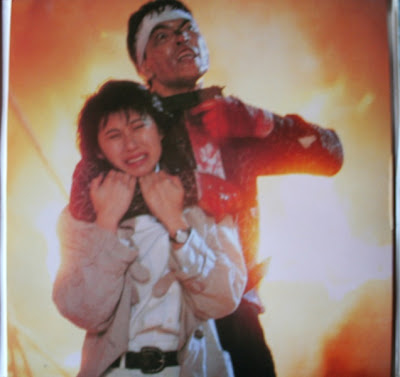 As well as The Killer, Criterion also released a similar package for Hard Boiled, since then Hong Kong cinema has been virtually ignored by Criterion, with only their superb release of Wong Kar Wai's In The Mood For Love and a much less lavish release of Chungking Express from the region. Come on Criterion, wake up!

On a more personal note, back in 1993 this was my future wife's introduction to the wonders of high end laserdisc pricing, she thought I was crazy paying £30 to £40 for normal releases but when I told her how much this movie would cost her jaw just hit the floor! I can't remember exactly how much it cost but it was well into three figures, gulp!
Posted by A hero never dies at 5:40 PM

Dude! This is so rad!! I almost bought this on eBay recently myself. Had it in my watch list but ultimately went for something else. Nice one man!

I have a feeling that obtaining the distribution rights might be the main impediment to Criterion's releasing more Hong Kong films. The label has done an incredible job with Japanese films (just about everything from Kurosawa, and lots of Ozu's and Seijun Suzuki's output). Criterion also recently came out with LEE Chang-dong's SECRET SUNSHINE. Hopefully more Hong Kong landmark films will come out with the Criterion treatment in the coming years.

What a sweet pickup. It is really a shame Criterion has basically ignored Hong Kong cinema in recent years, they always have the best packages.

Ahh another cool post. It's a shame that Criterion lost the rights to a lot of their earlier films. It's hard to believe that RoboCop was released by them at one point!

They really should pay attention to more Hong Kong films as a lot of them deserve a good release. The Kino Blu-rays of the Wong-Kar Wai films are pretty good though. Criterion has to learn that there's more to Asian cinema than just Japan!

It's worth it rG, if you get the chance!

Dr. Stan, I'm sure you're right, there are just so many movies that deserve this kind of treatment.

BT, Completely agree, it's a great outfit, they just feel a little blinkered towards HK cinema.

A, Nevermind Robocop, what about The Rock?

Those Kino releases are excellent, the Fallen Angels blu which I wrote about and the Happy Together blu which I haven't got to yet are both among the best HK releases I've seen!

I bought this LD when it first came out (Hard Boiled also) and it cost $125. I was single and living at home at the time, if I tried to pay that much for a movie now my wife would kill me!