The Case Of The Cold Fish

From Danny Lee's production company Magnum, 1995's The Case of the Cold Fish is a low budget, low key gem of a film. Directed by Jamie Luk and starring Michael Chow and Michael Wong, it's a very funny take on the fish out of water and buddy cop genres. 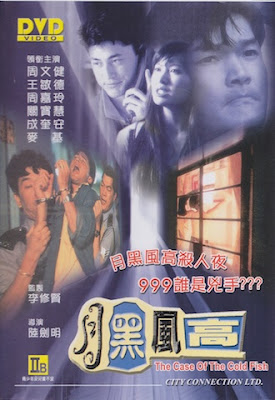 When a local man is found murdered in Tai O village, former hot shot SDU trainer Dick Chow (Michael Wong)  is given the case to investigate, joining up with the local police force led by Inspector Cheung (Michael Chow). The sleepy village is ill prepared for policing Hong Kong style and the sparks inevitably fly between cops and villagers alike. Can the former SDU man learn from his seemingly inept and lazy colleague as he blows through Tai O like a hurricane?

The movie begins unpromisingly, none of the characters we are introduced to seem to have any likeability but as the film's running time progresses they become real people, eccentric people, but people all the same. The film's greatest strength is that as the characters grow to like each other so the audience does at the same time, a difficult trick to pull off. Credit goes to the thinly plotted but rich screenplay, Luk's direction and a superb performance from Michael Chow, who carries the the film superbly. 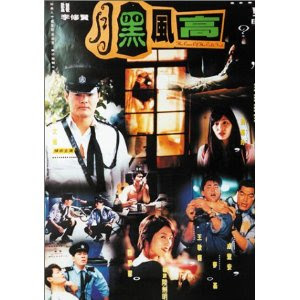 Michael Wong does his best and you can feel the effort he puts in, this role actually suits him and he gets plenty of kudos for being so game as many of the funnies in the film are derived from making fun of him and his Cantonese skills. Shing Fui On has fun not playing a bad guy for a change and his character is named Keanu Reeves! Solid support comes from many of Danny Lee's regulars as the villagers and of course Danny himself cameos as guess what? A cop. As good as the cast is, Tai O is perhaps the real star of The Case of the Cold Fish, Luk makes excellent use of it's tiny streets, narrow alleyways and wonderful scenery. 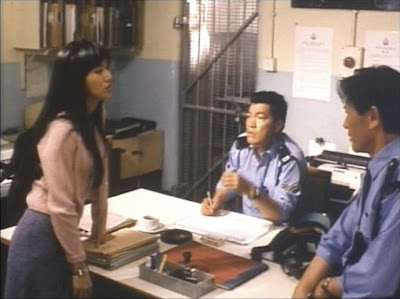 Relatively little known outside hardcore Hong Kong cinema fans, and it's easy to see why, the film lacks star power and has little in the way of action leading to little commercial appeal. However, the faithful will be rewarded with a minor gem of a film, dense with local flavour and uncompromising in it's desire to cater for the local audience, something that's unfortunately become increasingly rare these days. Huge fun.
Posted by A hero never dies at 5:01 PM

Sounds good; I always love it when the seemingly perennial bit-players of Hong Kong cinema get lead roles or play against type. And, I love Big Stupid Head: I trust you've seen 'The Blue Jean Monster' with Shing Fui-on as the lead in a demented slice of fun?

The only Jamie Luk film I've seen is 'Robotrix', which didn't inspire me to seek out his other movies, although I always fancied Bomb Disposal Officer Baby Bomb - Anthony Wong and Lau Ching-Wan as less than model cops, working as bomb disposal experts when a mad bomber straps a bomb to a pregnant lady. Sounds like a treat...

fwiw, this movie was number one in overseas (USA and Canada) chinese video rental markets for a short period

Dan, Yes, I'm quite partial to a little Shing Fui On, like many HK fans my introduction to him was in The Killer, he had such a distinctive face. I like seeing him in different types of roles rather than always the (great) bad guy.
I need to track Bomb Disposal Officer Baby Bomb down, sounds like a real heap of fun, only in HK!