As mean spirited and nasty a movie as I've seen in some time, Umberto Lenzi's Eurocrime flick Almost Human stars two greats of the genre, Thomas Milian and Henry Silva. It's a pairing made in heaven or more to the point hell, as the two stars butt heads together. 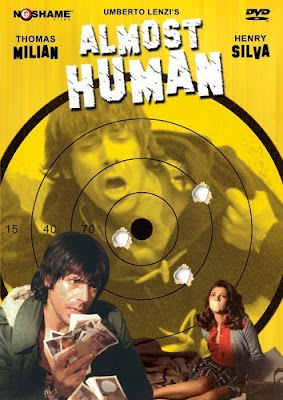 Milian plays Giulio Sacchi, a smalltime petty criminal and sociopath, despised by even his criminal associates after unnecessarily killing a cop on a job. After killing a second cop for what turns out to be small change, Sacchi has an idea for a huge score and enlists a small team to kidnap the daughter of a wealthy businessman for a ransom of half a billion Lire. The kidnapping becomes a sadistic massacre and Silva's cop Grandi is quickly on his tail but always a step behind. Grandi becomes so angered by the case, he's determined to to get his man no matter what the consequences.

Milian takes great pleasure in his role, seemingly enjoying the suffering and humiliation he causes his victims. Sacchi has delusions of grandeur along with his sociopathic tendencies, a dangerous and volatile mix, which Milian accomplishes with ease, keeping the audience constantly wondering what atrocity he will commit next. He pushes the boundaries of descending in to parody but he stays just the right side of the line. Silva makes a great foil for Milian, and has some excellent lines he spits out with suitably outraged venom and his great trademark stare. Good support comes from Gino Santercole and Ray Lovelock as Milian's partners in the kidnapping. The beautiful Laura Belli is given little to do but then this is not a film where women count for much, you only have to see the Shameless dvd cover to see that! Ennio Morricone's thumping score propels the film along at pace, it may not be one of his better known scores but it's excellent in it's own right. The action is quite sparse but brutal and to the point when it does come. 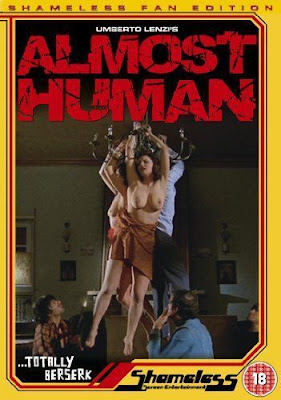 Almost Human has quite a reputation and having finally seen it I can understand why. It's strong stuff and easily one of Umberto Lenzi's best directorial efforts, as with his Cannibal Ferox, this movie boasts a mean streak a mile wide but where Ferox was impossible to take seriously, Almost Human really revels in it and is all the better for that. 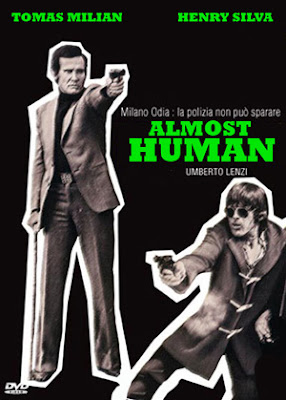 Dude! This sounds awesome! I'm all over it! Great review man!

Fantastic stuff Mart, I haven't seen this yet - I picked up the Shameless disc last year and kinda forgot about it, but I'm gonna try and give this a whirl at the w/end now - thanks for putting it in my mind... I must track down more Italian Crime - among others I heard Lenzi's 1976 Rome Armed to the Teeth is well worth seeing. So many great films to watch, so little time...

This movie is simply amazing!The cemistry between Silva and Milian is top notch! Great review of a gret movie...as always!