I saw the prequel come remake of The Thing after it was finally released here in the UK yesterday. First off, it isn't that I have anything against the idea of remakes, after all John Carpenter's 1982 version of the film was a remake of Howard Hawks' The Thing From Another World and that turned out alright! My main problem with them, rather than their very existence, is that good ones are rare and great ones are even rarer. Like many genre fans, I love Carpenter's version with a passion, and because of this and despite the reservations about it, I had to see it. 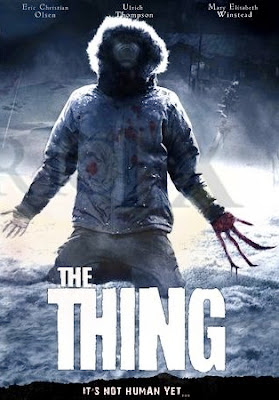 So, it turns out the film is both a prequel to the 1982 version and to a large extent a remake at the same time. Large parts of the first two thirds of the movie are lifted from Carpenter's film, with only slight variations in the detail. The last third deviates significantly from the 82 version but more on that later. That they went this way kind of makes sense to me, as basically the Norwegian's would have followed more or less the same process the US team did in the Carpenter film.

What was great about the Carpenter film? Apart from my bias that says everything, firstly it's the intensity of paranoia that builds throughout the movie. Unfortunately this is lacking in Matthijs Van Heijninjen jnr's film, there is paranoia and the equivalent scene to the blood test in Carpenter's film has a novel twist but the cast and characters are just not memorable enough for the viewer to really feel the tension, something Carpenter's film had in spades. It was always going to be near impossible to fill Kurt Russell's MacReady shoes, and Mary Elizabeth Winstead struggles in this regard. It isn't so much that anything is wrong with her performance but the character she is saddled with. The rest of the cast are pretty non-descript and this really hurts the film. 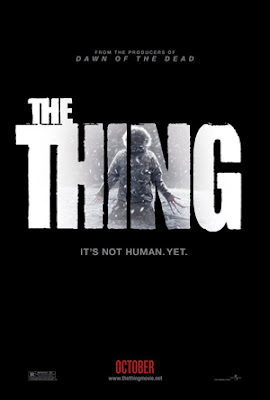 Secondly, The Thing itself, as stunning and wonderfully graphic as Rob Bottin's practical effects were in Carpenter's film, there remained some mystery to what the characters were dealing with, making the superlative effects all the more effective. In the 2011 version all the mystery is lost in an orgy of mediocre at best (mostly) CGI effects, that diminish rather than enhance the intended idea. Speaking of the effects, the 82 film was a landmark for practical effects and almost thirty years on, the fact that those effects are superior should be a surprise, the gulf between the quality is so huge however, it's nothing short of incredible and yet more testament to Rob Bottin's genius. 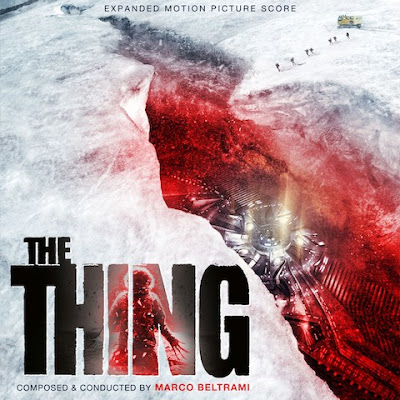 I'm going to stop there, before I ramble on anymore about the virtues of the older film. Aside from the main two points above, the film feels largely redundant. I didn't hate The Thing, in fact I quite enjoyed most of it, there are a couple of nice nods to the previous films, and the opening and the closing bridge into the Carpenter film are nicely handled. Marco Beltrami's score is pretty good too, but the deviation towards the end of the film was a huge mistake for me. The feeling I'm left with ultimately is why? I don't think I'd ever watch it again, the good scenes aren't anywhere near as good as the Carpenter equivalents and the rest just didn't work. The best thing I can say is that it made me eager to watch the 82 version again and soon.
Posted by A hero never dies at 6:48 PM

Email ThisBlogThis!Share to TwitterShare to FacebookShare to Pinterest
Labels: The Thing

Great one Martin!
My buddy Ingo over in Germany pretty much feels the same way you do about this. He also recently did a review on this over at his blog.

Carpenter's The Thing is one of my all-time favorite films ever. The thought of someone making a prequel/sequel/remake/whatever just didn't make any sense to me. Carpenter's (though a remake itself) is almost perfect in every sense. There just didn't seem any point in doing this new version. Who would greenlight this if it wasn't going to be something completely different and new? If anything, all it does is show you the genius of the '82 version and what they accomplished with less money and more talent. I think the worst part is how it almost looks exactly like Carpenters. I think that's what confused so many people who only saw the trailers. It looks like a flat out remake, and a needless one at that.

rG, it is quite good in places but ultimately as you say pointless. If they had gone with a more original approach it could have been far worse, though the risk at have paid off.

Thanks for this, Martin. I have been sitting on the fence with regards to seeing it. But all the reviews I have read of it seem to back yours up. I'll wait for the DVD, I reckon!

I thought the 2011 "Thing" wasn't that bad. Sure, it won't win any oscars, but I don't think it is that complete turkey that critics say it is.

There was some suspense and a touch of paranoia which I thought was good. The CGI thing was not good compared to the grotesque practical thing, but it was passable.

My thoughts mirror yours completely. The film, whilst reasonably watchable, doesn't rekindle any of Carpenter's magic and it all feels a bit (ie: VERY) pointless.

The ending that bridges the gap between this story and that of Macreedy et al's was quite groovy though. :)