He Lives By Night 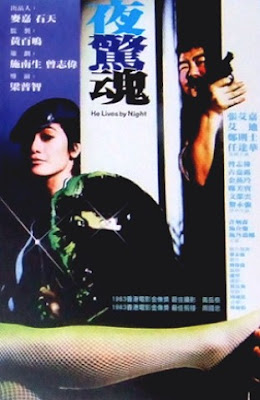 A deranged transvestite killer who preys on women wearing white fishnet stockings is stalking the streets of Hong Kong. Two bumbling cops and a late night radio host team up to try to bring the killer down. 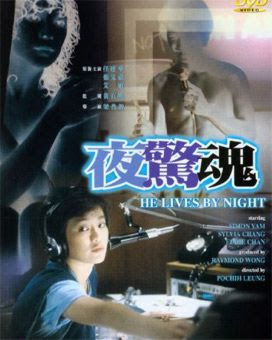 The synopsis for Leung Po Chi's He Lives by Night doesn't do this strange little film any justice. At once a silly comedy and an effective psycho killer movie. Veering wildly between the two genres, the light comedy is hit and miss and your enjoyment of this aspect of the film will vary depending on your tolerance for Hong Kong comedy in general. For the record I found it mildly amusing but appreciated the black comedy of the film, which is more my style. Of much more interest are the giallo influenced horror sequences. These influences range from the psychosexual nature of the killer's M.O, through the Argentoesque lighting and set ups for the kills, and even the surprisingly effective Tangerine Dream via Goblin style score. 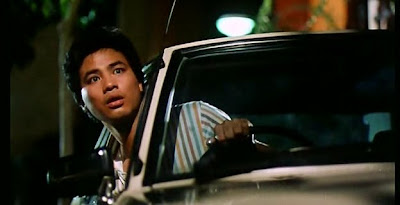 The film stars Kent Cheng and an incredibly young looking Simon Yam as the two cops who are more interested in wooing Sylvia Chang's radio show host than catching the killer. All three leads do a decent job with the material but it's Eddie Chan who shines as the transvestite killer, he gives everything in a fully committed performance. Eric Tsang also makes a cameo appearance in KISS make up, and is also credited with production design. 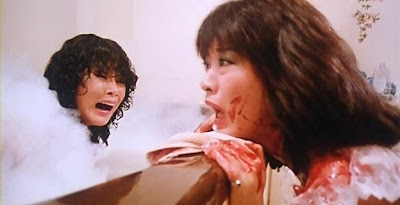 He Lives by Night has one of the best openings to a film I've seen for a long time, with a really funny cheesy dance sequence, followed by probably the film's best murder scene, glimpses of which can be seen in the trailer below. Within these first ten minutes or so I knew I was going to like the film.


The horror elements are strong enough to make me wish the film had been made as a straight horror film but it wasn't so I'll move quickly on. It's the kind of film that could unfortunately never be made in Europe or the US. My only reservation in whole heartedly recommending He Lives by Night is as I mentioned before, your tolerance of the "wacky" comedy that makes up a significant portion of the movie. Even if you're not a fan, the horror elements make it worthwhile. If on the other hand you're used to Hong Kong comedy, I'm sure you'll love this film. 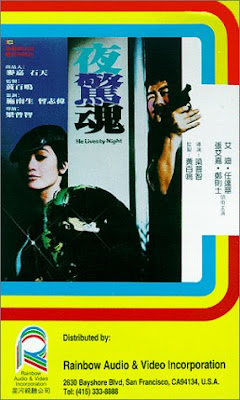 This is on my to watch list. Will let you know what me thinks when I get to it.

Yam hasn't aged badly, but there is a huge difference.