Widely regarded as the "best" film of Chuck Norris' career, Code of Silence does feel like a step up in quality from the rest of his filmography. The increase in quality undoubtedly comes from a better than usual screenplay, apparently written to be a Clint Eastwood vehicle, and from the film's director Andrew Davis. 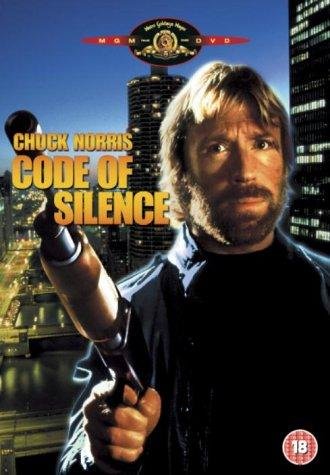 Eddie Cusack (Chuck Norris) is an honest cop in Chicago, when a drugs bust he's working on goes wrong thanks to a robbery by Tony Luna (Mike Genovese) and his men. luna wipes out all of Luis Comacho's (Henry Silva) men except his brother Victor (Ron Henriquez). Luis is not the kind of man to fuck with and demands blood for blood. Leaving Cusack with gang warfare to deal with and Luna's daughter to protect as Comacho goes after the family. To add to his problems Cusack finds himself going up against Comacho alone after breaking the cops code of silence when he testifies against a fellow cop. 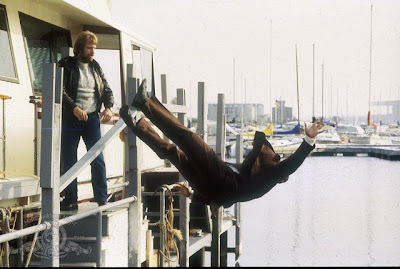 Made in 1985, Code of Silence has a great feel of the era, with an exceptionally 80's score and fashion sense. Another element that dates the movie is The Prowler, a remote controlled, heavily armed tank/robot device, that may or may not have influenced the Robocop script writers. It's a fun addition but doesn't really fit into the tone the film was aiming for. The action sequences of which there are less than usual for a Norris film, look a little leaden these days but must have been pretty impressive for the time. A chase/fight on top of a train ending with a huge leap into a river being the most impressive. Set in Chicago, the film makes excellent use of the cities locations, giving a really gritty and grimy sheen to the violent events. 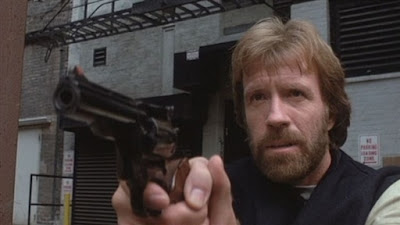 Perhaps due to the increase in quality of the filmmaking, I found Code of Silence to be less fun than much of Chuck's other work. It's solid in just about every department, with a great cast including Dennis Farina as Cusack's partner and fantastic bad guy performance from Henry Silva. The scene where he explains and threatens to give Cusack a Colombian neck tie being priceless, unfortunately he isn't in the film anywhere near enough. Chuck also has some great lines including the classic "If I want your opinion, I'll beat it out of you". He also gives probably the best acting performance of his career but in reality that isn't saying that much. The subplot regarding the code of silence is a little clunky, yet quite believable and is an interesting addition to a film most viewers would be expecting to be a gung ho actioner. 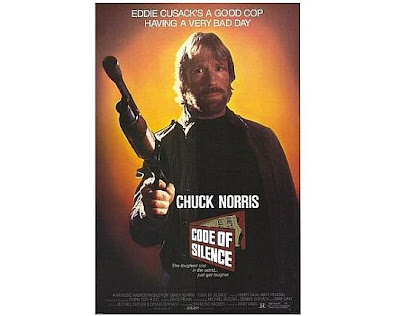 I found Code of Silence a little surprising, I was expecting a Norris movie through and through but it doesn't really have the feel of one of his films. It doesn't feel like an Eastwood movie either, maybe it would have been better as a Bronson film, who knows? I did enjoy it but it's oddly unexciting and most of the pleasures I took from it were from the supporting cast, particularly the ever reliable Silva.
Posted by A hero never dies at 6:18 PM

Oh wow! I was going to watch this one this coming week too! lol. I have the Norris bug after Silent Rage left me underwhelmed. Great review man!

Good review! Saw this ages ago and really enjoyed it. Time for a re-watch.

Everyone loves some Norris, can't decide between The Delta Force and Invasion USA next.

Nice, but how can you discuss the robotic vehicle without taking a picture of it for the post!?

I saw Invasion USA in Ottawa on September 11 a few years back. The car chase through the mall is a blast. The rest is well...hope you like Chuck!

Invasion USA is a blast! The Delta Force is good, if a bit overlong. Looking forward to your take on them!