A Bout Portant aka Point Blank 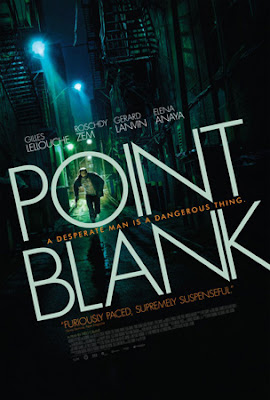 Not the classic John Boorman movie but a French action film from 2010 directed by Fred Cavaye. Point Blank doesn't exactly reinvent the wheel by any stretch of the imagination but provides enough incident and a few holy shit moments to satisfy most genre fans. 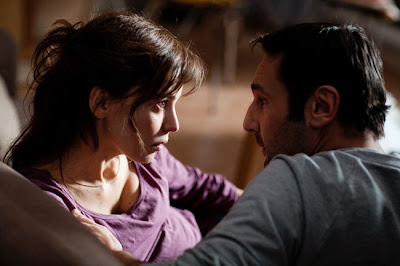 Samuel, A nurse's aide (Gilles Lellouche) inadvertently becomes embroiled in a situation out of his control when he saves the life of an injured criminal (Roschdy Zem) from two killers. As a result his heavily pregnant wife (the gorgeous Elena Anaya) is kidnapped and Samuel is given orders to get the injured man out of the hospital or she dies. Unsure of what else to do, Samuel follows the order, pushing himself and his wife into even greater danger. 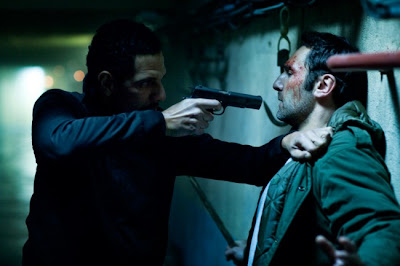 After a brief introduction to Samuel and his wife, showing us exactly what he has to lose, Point Blank gets to the point and barrels along for the rest of it's running time. A breathless chase movie, one that's exciting but not particularly memorable. It's strongest asset being it's brevity, in these days of two hour plus action movies, Point Blank's running time of around eighty minutes feels like a breath of fresh air. As a result the characters are sketched rather than fleshed out and the movie relies on the universal theme of desperation to save a loved one or two in this case. It works but as a result don't expect to remember it for very long afterwards. 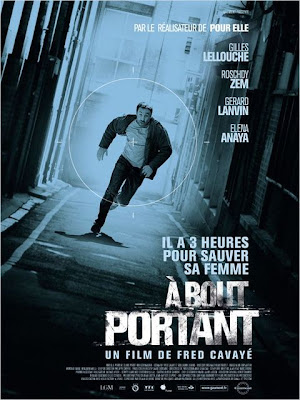 This is exactly the kind of film that would have been the B film in a double bill back in the day. Filled with solid performances and excitement, it's briskness which is it's best quality is also is it's biggest weakness, if you're in the mood though it could just hit right the spot for you.
Posted by A hero never dies at 6:43 PM

Really looking forward to this! I have it coming in the mail from Netflix.

I liked this one. Just a really solid, unpretentious thriller.

Guess i'm a sucker for innocent men on the run kinda movies. ;)

Fred Cavayes earlier "Anything For Her" is also good for a lazy sunday.

Cozzi, I'll try and track down Anything for her. Funnily enough I saw Point Blank on Sunday afternoon.

Good stuff Mart, I'm glad you posted this because I really did think it was a throwaway remake of the Boorman film (throwaway in the sense of the Get Carter remake - it came, it went). The thing is though, would you put out your film with the same name as a well loved classic ? I definitely wouldn't. The lean run time is a plus - long films tend to be a grind for me these days.

Wes, I think they would have been better off sticking with the French title for exactly that reason. I know what you mean re the running time, you can guarantee if this film was to be subjected to the remake treatment it would be pushing 2hrs without the slightest justification. Nice to hear from you by the way, is everything okay? I've never known you to be so quiet!

Oh everything is fine, thanks for asking - I've been so busy in work lately, trying to get a big software project deployed I havn't had much enthusiasm to go online in the evenings. Things have settled down now so I'm gonna get back into the blogging...