There have been many terrible covers for Hong Kong film releases over the years, many of them have been for Infernal Affairs, but Jackie Chan has probably suffered the most overall. The cover for Cine Asia's reissue of the Hong Kong Legends dvd of Dragons Forever has probably the worst I've seen for a while. 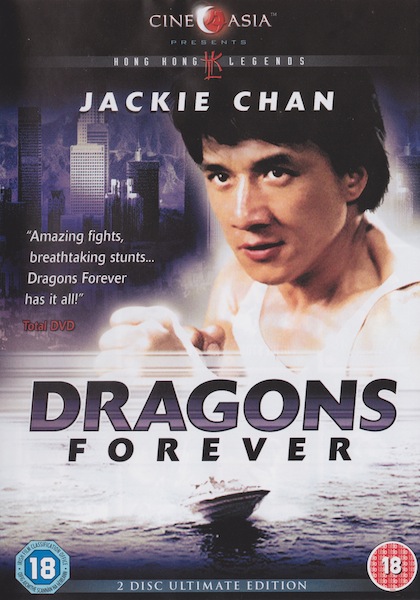 Now, Dragons Forever has never had the best of graphic design lavished on it but Cine Asia's recycling of the already awful HKL artwork but at a seemingly lower quality level is dispiriting for a release labelled as an "Ultimate Edition".

Here are a few more examples of the lack of effort put into the releases of this film, but generally all Jackie's movies, particularly since the success of Rush Hour. 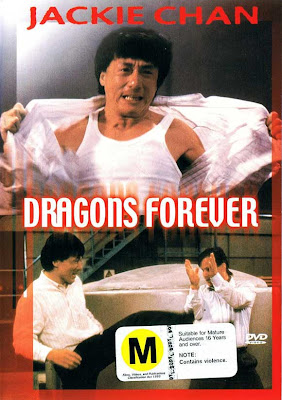 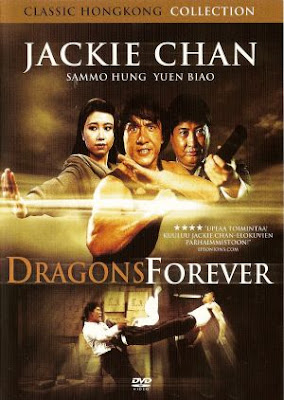 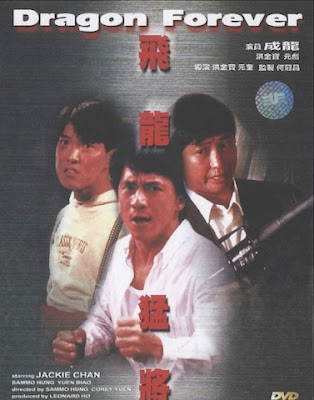 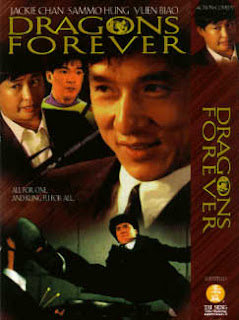 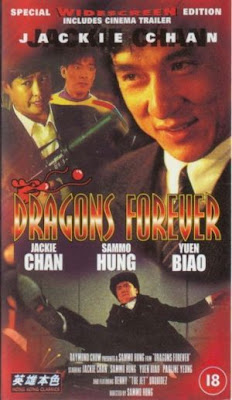 The only one I could find that I actually liked was this one for a French release. 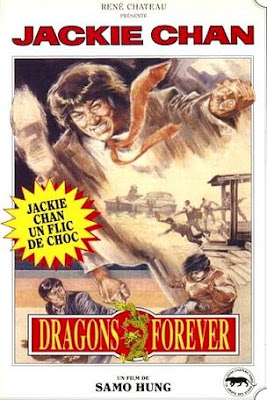 While the cover maybe terrible, to give credit to Cine Asia, well Hong Kong Legends really, the dvd certainly lives up to it's name as an "Ultimate Edition" thanks to it's AV quality and it's copious extras shown below. I'd just like for these companies to put a little more thought into the covers, or even just use one of the original poster designs, rather than this photoshop crap. Don't even go near the photoshop crap as original posters!

You’re right, Dragons Forever has been hit pretty hard. My favourite crap cover designs are the ones with the huge portrait of the star, a random fight scene and to tie it all up, it’s bathed in an ominous blue glow. Then there’s the covers that makes the movie look as if it takes place entirely in the desert. Everything is blindingly bright and baked in a supersaturated orange tint.
Just terrible.

Oh my lord, those are terrible. lol. I think including the note that he's also the star of films like The Tuxedo is utterly hilarious. lol. Those are the films I'm sure he's most embarrassed about. lol

I remember one of the early dvds for Dragons Forever having a photo of the Statue Of Liberty featured prominently.