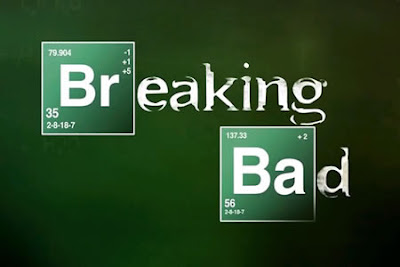 How on Earth did I miss a show of Breaking Bad's quality?

The answer is I'm not sure, I'm just glad I caught it when I did. About a month ago we tried the first episode, then another and another until in only a few days we were hooked on the story of Walter White and his extended and dysfunctional family unit. After a little careful research (didn't want any spoilers) I found the show was reaching the end of it's fourth season and that was likely to to be the end of the show. Over the last month we watched the whole four seasons, seeing the season four finale this past Friday night. We were so psyched up for the episode being the end of Walter's story, having desperately and successfully managed to avoid any spoilers, only to find on Saturday when I looked up the show's wiki page, the series had been picked up for a further sixteen episodes. I'm in two minds about another season, I liked the ending and if it had finished there I would have been happy despite the many loose ends. I'm hoping the show is carrying on because Walt's story isn't complete rather than for commercial reasons.

Putting all that aside, the show is easily one of the best tv shows I've ever seen. A great premise with excellent characters, writing and possibly the rarest thing in television, the ability to surprise. Sliding effortlessly from humour to pathos and back again, often within the same scene, the show slots together perfectly thanks to the superb ensemble cast. While it may seem unfair to pick out an individual from the team, special mention has to be made of Heisenberg himself, Bryan Cranston. I was only familiar with him from his very funny work on the sitcom Malcolm in the middle, I never would have imagined what a great actor he could be from that role. The range of emotions experienced during Breaking Bad are obviously there in the writing but Cranston elevates every single one of them into genuine heartbreaking empathy.

Now I know it's coming back, I'm counting down the days already, the pressure is on the show's creator Vince Gilligan to deliver again, I'd just like to say to him "Please don't fuck it up Vince!" 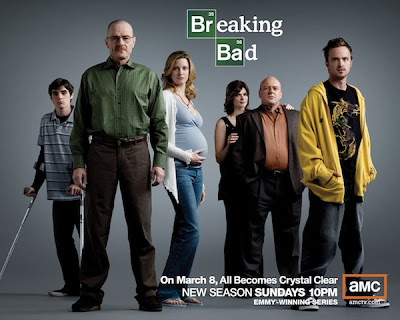 I was exactly the same, I managed to miss it until last season. It's a show that's quietly confident of it's own intelligence and in not tapping into the hype machine that shows like Glee (for example) need to survive. Cranston's excellent.

John. Completely agree, when TV is this good it makes the movie format look as empty as 95% of films are.

It's a show where characters make the most interesting choices. The writing is so intricate that you feel the weight of each choice a character has to make. Even the slightest decision ends up taking on significance. Not only is BB the best written show it also visual inventive and the use of the flashback structure is fascinating as well.

I can't wait for the final season.

My Prediction, the last scene of the show will be Walt strapped to an electric chair.

Dr.Lamb, interesting theory, I had it in my mind (before I knew it was coming back) that he was going to be hit, without any warning right at the end.