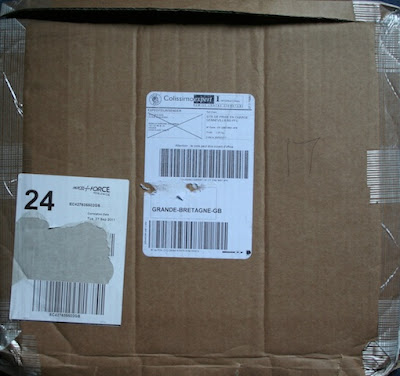 Here is my latest laserdisc arrival, and it's simply awesome. A French limited edition John Woo box set featuring Hard Boiled and Bullet in the head. I've already shared my Japanese release laserdisc of Hard Boiled here and I have the UK version too so I wasn't overly interested in having another version, so the reason for snapping this up other than my never ending search for cool Hong Kong crap (not that I need any other reason than this!) was the Bullet in the head laserdisc. 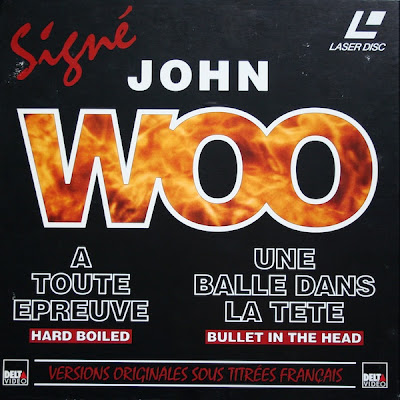 The only laserdisc release as far as I knew was released in HK in a cut version so it would fit on one disc, I found this French version trawling ebay. After a little research I found it was released in Germany as well as France on laserdisc. The interesting thing about it is that it's listed as running 132 minutes in PAL format. If this is correct this is a longer version of the film than has been released outside of the Hong Kong special edition dvd from a few years ago. It could be a mistake of course but I will be watching carefully for any differences on this version. I will post back with my findings. 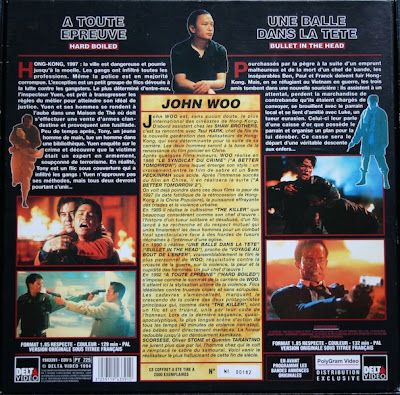 Regardless of if it's a different cut or not, it's a really cool box set, with separate sleeves for each film and an oversized booklet on Woo and the two films (all in French of course). It just goes to show, the French were treating Hong Kong cinema with the respect it deserved way back in 1993, not just more recently. Mine is number 182 of 2000. 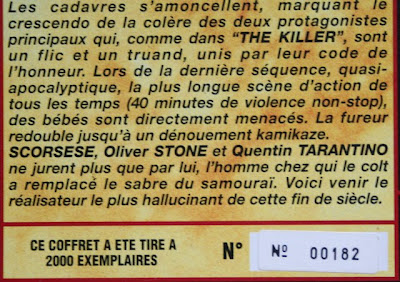 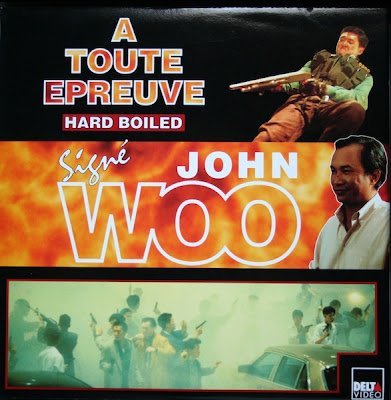 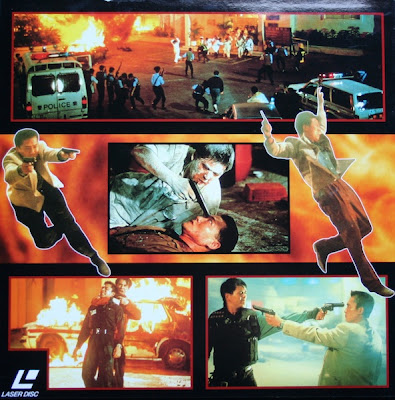 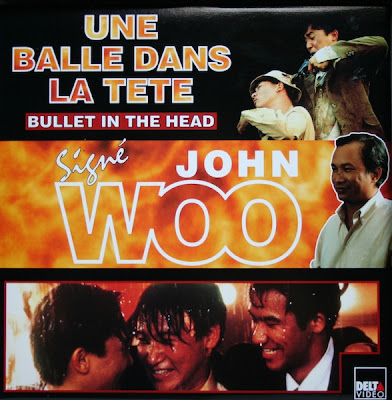 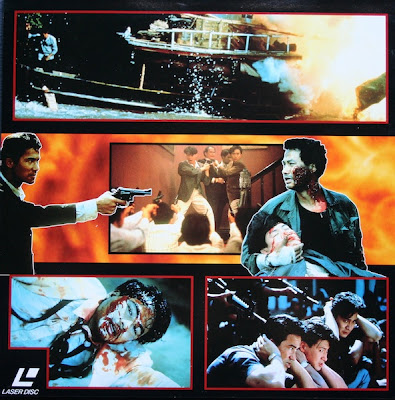 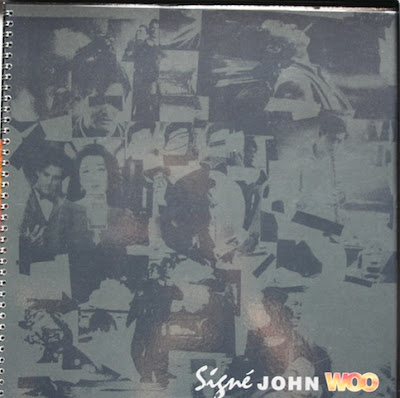 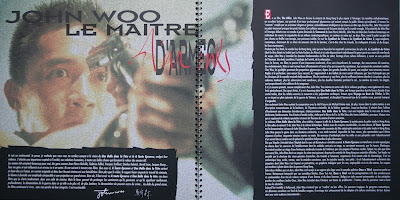 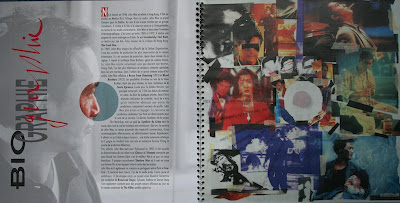 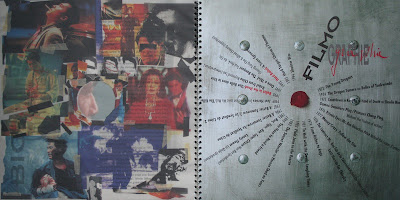 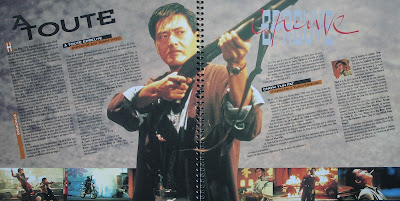 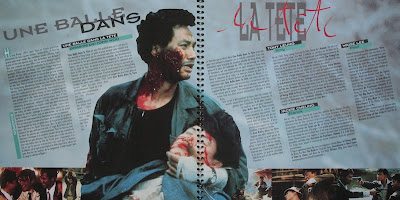 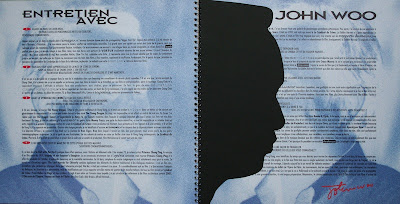 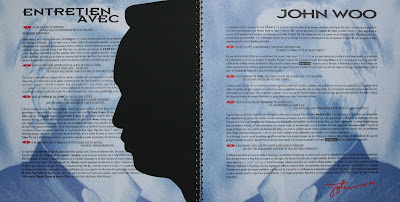 Wow. That's a really cool set! France seems to be the country that treats Hong Kong films with the most respect. Several of their film are coming out as Hong Kong-French co-productions lately as well. Are those discs English friendly at all subtitle-wise?

I've said it before, and I'll say it again. "You lucky Bastard". lol.
Great find man! How much did something like that set you back? Was it a steal or one of those "I'd rather not say" kinda prices. lol.

A. Yep it's cool alright, and the French really know how to treat HK film. Unfortunately the discs aren't English friendly but it's not really such a big issue when you know the movies so well.

rG. I did feel kind of lucky finding this, as I said I had no idea it even existed. The cost of the box set wasn't too bad at 20 Euro but the shipping was the killer (no pun intended).

Woah! That is super cool and lucky you found this!

Caroline Munro. Yes, she was and is amazing. I met her in 1997 and she was very charming as well.

You probably know that she had a singing career -- dated some musicians in the 1960s -- I guess, way before she was Adam Ant's squeeze in the Goody Two Shoes video.

She's on this awesome collection:
http://www.cherryred.co.uk/rpmshout-exd.asp?id=3232

Sorry. I posted that on the wrong post -- trying to be sneaky while at work.

I've never heard her singing but I knew she had done some, and definitely remember her from that video!

Did you have much of a chance to speak with her Glenn?

A tiny bit. She was very nice. There's a scan of the photo of her in this post (I cropped myself out of this one 'cause I looked odd):
http://www.apessimistisneverdisappointed.com/2008/11/saturday-night-and-sunday-morningand.html

I met Veronica Carlson at that show too but I didn't get photos of the Hammer autograph panel for some reason.

Does the French 'Bullet' feature the piss drinking scene and original music cues?

For example, when Jacky Cheung is waiting at the restaurant for the loan shark, is there music?

And prior to the boys hugging at Ben's funeral, does the music swell right up to the freeze frame?

My HK VCD has these cues, but I'm curious about the French laser.

Phantom. Unfortunately the Bullet laser appears to be the same version as the original UK Made in Hong Kong video release, so no original music cues I'm afraid, which is what I was hoping for more than anything. Still it's a nice thing to have and we still have our vcds!