Lamb To The Slaughter : The Scream Queen Career Of Caroline Munro 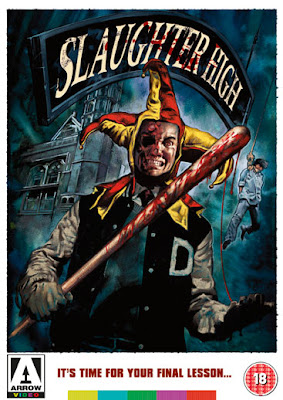 My latest movie from Lovefilm was Slaughter High, aka April fool's day, a newly remastered dvd from Arrow video and one of the few 80's slasher movies I hadn't seen. Normally I have a lot of time for the genre but this one left me completely cold. I absolutely hated it with a passion, partly due to the film's moronic nature but after all this is a staple of the slasher movie, so it wasn't just this. It was more the general feeling of ineptitude I think, or maybe I just wasn't in the right mood for it, but it could just be down to the fact that bloke from Emmerdale was in it! Any which way I'm unlikely to ever give it another chance.

I don't like to waste time writing about things I hate, so I'll just add the only reason to continue with the film was the presence of Caroline Munro. What Arrow's dvd does have in it's favour is an extra called Lamb to the slaughter : The scream queen career of Caroline Munro, a 26 minute retrospective of Caroline's career in horror films. I'm of an age where Caroline was one of the first crushes I ever had, thanks to her 70's movies, and I'm sure I'm not the only one for who that is true. 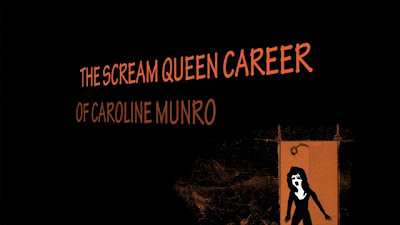 While hardly in depth, this interview with Caroline is an easy and fairly informative watch covering her early appearances in the Dr. Phibes movies and her Hammer films Dracula A.D.1972 and Captain Kronos, before moving on through the rest of her career. Highlights include recollections on her work with Joe Spinell on Starcrash, Maniac and The Last horror film, and her one film with Jess Franco, Faceless.

My issue with the interview is there is too much padding with poor quality clips from various films discussed in the chat. Unfortunately but not unexpectedly given the fact it's on the film's dvd, Slaughter High is given more time than it is worth. Caroline is charming and quite frank while still being very polite during the interview. She's still a beautiful woman, this is a must see for her legion of adoring fans. 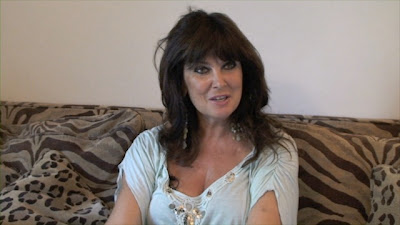 The dvd also features a commentary on the movie with Caroline involved, but I couldn't bring myself to sit through the film again in order to listen to it! I'm sure fans of the film would get a real kick out of it though. 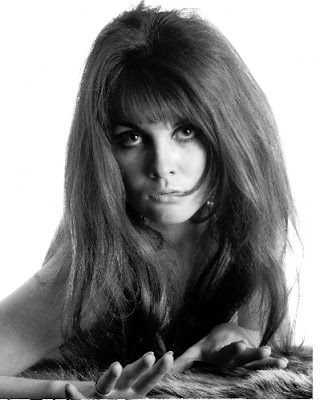 I rec'd this off Sky last week and could only watch 15mins before abandoning it. A truly dire film. What were Arrow thinking digging this one up ? Time has been kind to a lot of 80's Horror but this one truly is a boil on the butt of humanity. One to avoid.

Wes. I think 15 minutes were my breaking point, I literally had to force myself to carry on, it did get slightly better with a few of the kill scenes but I still hated it.

This is one of my least favorite slashers, but I do love some of the kills in it, especially the electrified bed scene. And that Arrow artwork is great.

I rented this back when it hit VHS and didn't like it then. There's a DVD out over here, too, but I read the quality looks like a VHS rip, if I am remembering correctly. Haven't seen the film in years, though. I take it the Arrow DVD looks good?

Aaron. Yes that bed scene is a pretty good one and very enthusiastically acted too! Agree on that artwork too, one of Arrow's better custom jobs.

Brian. The dvd looks okay, certainly better than the reports on the US dvd, a trailer for the film included on the dvd looks like a VHS rip and the film itself looks much improved, but you can only polish a turd so far!

I can vouch for the US DVD and say that it looks like dog shit. Full screen, VHS quality. Again, not a fan of the movie, but I will give it another shot if a cleaned up print of the film is released on DVD or blu-ray.