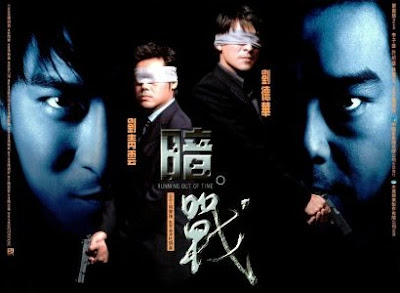 An interesting diversion from the Milkyway image template of the time, Johnnie To's Running out of time is as close as the production company has come to making a Hollywood style, mainstream blockbuster and is probably their most purely enjoyable movie to date. A compact, energetic and fun movie, that mixes the intelligent with the goofy. Importantly for a movie constantly trying to subvert the audiences expectations, the emotional undercurrent of the film is surprisingly strong.

A terminally ill man Cheung (Andy Lau) pulls off a daring heist, purposely gaining the attention of a determined, wily cop and negotiator Ho (Lau Ching Wan). The heist was only the beginning of a much larger and more elaborate plot, a twisty cat and mouse game between the two men ensues involving gangsters, diamonds and cross dressing! 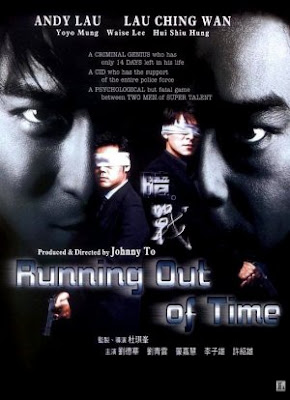 Running out of time was based on a screenplay by the French writers Julien Carbon and Laurent Courtiard and was then significantly rewritten by Yau Nai Hoi, a regular screenwriter for Milkyway. The script by the French men was originally much darker in tone than the finished film. Mainly as the film was always intended to be a star vehicle for Andy Lau, who as one of the Heavenly Kings is very protective of his image but also as To's 1999 films were more optimistic after the pessimism and nihilism of his 1998 offerings A Hero never dies, The Longest nite and Expect the unexpected. The light tone works well for the film as it allows the sillier and more contrived elements of the plot to blend into the plentiful humour of the proceedings.

The cast is superb, Lau Ching Wan is outstanding in what could have been a difficult role, as the film is geared around Andy Lau and the audience sympathy is completely with his character. Lau Ching Wan more than holds his own, bringing steel and humanity to the part, not to mention his considerable flair for comedy. I've said before I consider Andy Lau to be a movie star rather than an actor, and of all the hundreds of movies Andy Lau has been involved in, I don't think I've seen a more suitable role or better performance than this one. A real movie icon, and like most movie stars he actually does very little acting but has the presence and charisma to carry the film, he underplays perfectly and comes over very naturally. Andy Lau won the best actor award at the 2000 Hong Kong film awards for this performance, and while it may not technically be the best acting, it would be harsh to say he didn't deserve it. I do think he owes Lau Ching Wan a huge debt for the award as it's undoubtedly the chemistry between the two men that helped him win it. 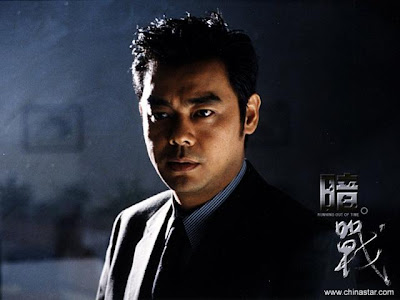 The film is so dominated by the two Lau's that it would be easy to overlook the numerous smaller parts that are so well played, including amusing turns for Milkyway regulars Lam Suet and Hui Shiu Hung. Special praise goes to Yoyo Mung, who manages in only a few scenes to make a huge impression as a sort of romantic interest. While her beauty is part of the impact she makes, there is more to it than that, with two scenes that make HK minibuses feel like the only way to travel. It's a real shame she hasn't gone on to be a bigger star based on this performance.

Johnnie To uses a few more stylistic tricks than usual to compliment Cheng Siu Keung's excellent photography, but the most impressive thing about the filmmaking is the economy with which the complicated and convoluted story is told. An excellent example of this is To's storytelling without dialogue, the aforementioned scenes with Yoyo Mung on the bus, as the first one sets up the second perfectly, and the two scenes tell you more than words ever could, if you've seen the film I'm sure you know exactly what I mean.

A key part of the film is Raymond Wong's excellent score. Wong provided the score for many of To's films of this period and this one along with the one for A Hero never dies are his best work. An odd mix of electronica and bagpipes, it sounds like it shouldn't work, however a number of soaring cues propel the film forward. The score also has quieter, more subtle moments including the wonderful piece featured during the bus scenes. Two tracks from the soundtrack are available on the Milkyway image 10th anniversary cd but it's criminal the full score has never had any kind of release. 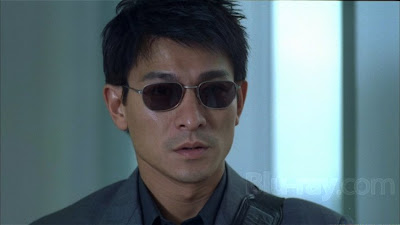 This kind of man vs man movie is a popular genre in Hong Kong cinema, and while less so in Hollywood I'm really surprised Running out of time hasn't been subjected to the remake treatment. The idea would translate quite easily into a western film, I think perhaps the deliberately convoluted parts of the story have put people off, as mainstream western audiences would be unlikely to buy certain elements of the film, these could be easily tweaked though. Even more surprising to me is that some of the standout scenes in the film haven't been copied in other films, given the increasingly frequent "sharing" of ideas in world cinema. Running out of time isn't the best of Milkyway image or Johnnie To, the film does have too many issues with it's story for that, what it is though is one of my favourites and a film I return to time and time again. The two Lau's are exceptional, the score phenomenal and it's a funny, exciting, tense, touching movie that most importantly, I have a great time watching.

A review of the blu ray can be found here.

Rich. Sort of but yet nothing like really, I'll tell you one thing, it's a helluva lot more fun than Heat!

Yeah I would know what the typical Hollywod executive would react if they see some producer wanting to do a remake of this (or any of To's films): "The story is too complex! Americans are stupid! They need simple and straightforward, black and white characters!"

By the way, on something totally unrelated, we finally have a a full trailer of Tsui Hark's "Flying Swords of Dragon Gate":
http://www.youtube.com/watch?v=AJvz-zNvB8k&feature=related

That's not one of the earlier (teaser) trailer by the way.

Anon. The film feels like a To film made for Hong Kong via Hollywood. As I said, certain elements wouldn't make the translation but I don't think it would take much tweaking to be American friendly which would only be a good thing, as it could only increase the profile of this fantastic movie.

I have to say I'm really underwhelmed by the full trailer for Flying swords of Dragon gate. What do you think?

As for the Dragon gate trailer, as they say, don't judge a book by it's cover...