I've loved video games since I first started playing them aged around 10, but in the last few years my love of them started to wane. As a result I've only played 2 games all the way through in probably the last three years, those being Super Mario Galaxy 2 and Resident Evil 5. I guess I've just become disillusioned with games in general, sure I've tried many different ones during this time but nothing hooked me and screamed play me. As the consoles continue to get more powerful it feels in most cases like you're just playing the same tired old game mechanics. The irony of this last statement due to the fact I'm a huge Resident Evil fan is not lost on me I assure you.

The equation is thus, my disillusioned view of the current games market, multiplied by how expensive games are plus a crippling lack of hours to put into anything substantial and the math is simple.

Now Winter is quickly approaching, I've decided to try a different approach to gaming, rather than trying to keep up with new releases, I'm going to buy older games when they're cheaper! I know this is hardly a revolutionary concept but it's completely alien to me. So, in the last few weeks I picked up Alan Wake and Mass Effect 2 for the Xbox 360, BioShock 2 collectors edition for the PS3 (very handsome it is too!) and an old favourite, Resident Evil 4 for the Gamecube. These four games cost less than the price of one new release title and should easily keep me occupied through the Winter months. I've played through RE4 before but the other three are all brand new to me. Any gaming readers care to comment on any of these titles? or your own gaming buying habits? 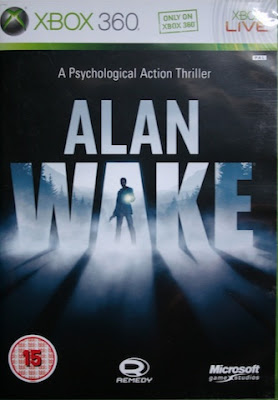 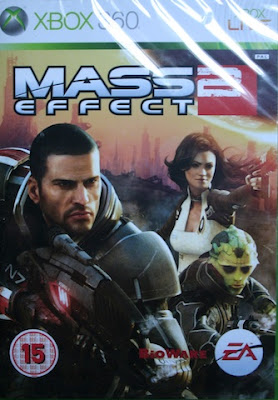 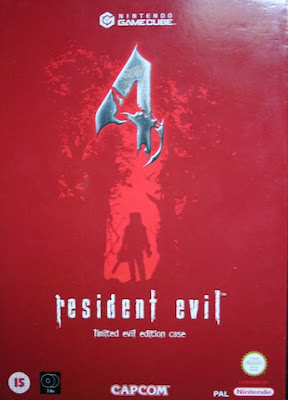 The collector's edition of Bio Shock 2 comes in a laserdisc or LP size box, here's the box and some of the goodies to be found inside. It also has some rolled mini posters (not pictured).

I loved Alan Wake, a pretty cool combat system and good story, but the forested levels got repetitive. I have a fondness for the psychological type of horror games. Ever played Silent Hill?

Did like Alan Wake. Think Mass Effect 2 is one of the best games I've played in the last 5 years. Played it back to back, once as a bad guy once as a good guy. Very rare for me to put that much time into game anymore.

Resident Evil 4 has really high replay value, and Bioshock 2, while not as well received as the first, is a ton of fun.

With that being said, simply cannot Wait for the new Elder Scrolls!

Giovanni. I loved the first Silent Hill, I thought it was terrifying! tried a couple of them since and couldn't get on with them, do you recommend one in particular to get me back into the groove?

RobocopSS. Sounds like I made some solid choices, I must admit aside from looking forward to RE4 again, Mass Effect 2 is the one I'm really keen on.

I've often looked at things like Elder scrolls but I just don't think I could commit enough time to them as much as I might enjoy them.

Good buy list! I also managed to get the BioShock 2 box a few months back. It's not as good as the first game, but it's got some good moments and fun things. Sadly (for me anyways) the soundtrack is not the songs heard in the game but the games composed soundtrack which I didn't find as interesting.

Resident Evil 4 is also quite strong, but at times I found it quite tough in the "never want to go through that part again" type of area or boss.

I don't play games as much for the same reason as you, but also because I have found that my Xbox has died on me. Time to give up on gaming?

Other than different stories and getting progressively prettier looking, the gameplay mechanics to the Silent Hill games have been pretty similar, so if you got burnt out on it long ago than it still might not do it for you. However, Silent Hill Shattered Memories for Wii and PSP was significantly different with a twisty ending I didn’t see coming.

A. That's kind of what I'd heard about BioShock 2. As for Resident Evil 4, it is tough in spots but I never found it so hard it put me off, unlike Resident Evil 5 which had a couple of moments where I was about to give up completely, just as I managed to do it.

The Xbox is incredibly unreliable, so much so for certain faults they cover them here for 3 years instead of the usual 1.

Giovanni. Thanks for the info, how does Shattered memories differ, is it a completely different style of game?

ME2 was the last game which I played before I traded in my 360 for a PS3 and I still bought the first day of the PS3, I knowing all the turnovers, and that each mission involved. Any PS3 owner who has not played Mass Effect series was to jump into that moment just before 3 later this year.

ME2 was the last game which I played before I traded in my 360 for a PS3 and I still bought the first day of the PS3, I knowing all the turnovers, and that each mission involved. Any PS3 owner who has not played Mass Effect series was to jump into that moment just before 3 later this year.