Recent Buys : September Everything Else

September's been a busy month for my credit card, here are the rest of this month's purchases. 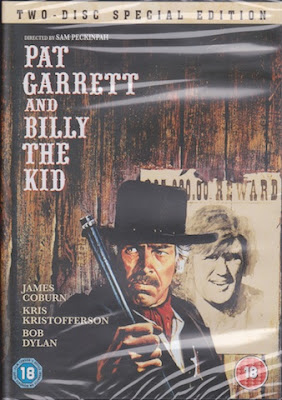 Upgrade for another Peckinpah classic, Pat Garrett and Billy the kid. This special edition features the 1988 cut and the controversial 2005 cut, which I haven't seen, while roundly slated this sounds fascinating. 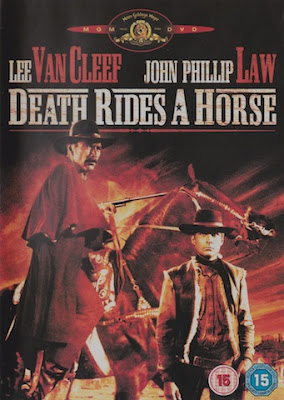 Lee Van Cleef and John Phillip Law spaghetti western, I haven't seen this for years, long overdue a revisit. I remember loving this movie and the quality of the dvd is apparently excellent. 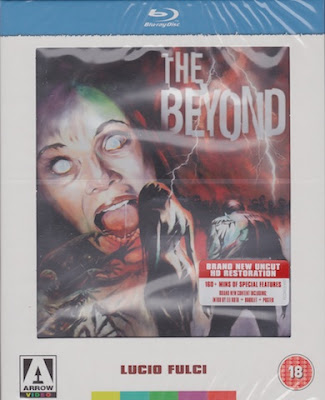 The Arrow blu ray of Fulci's nightmarish horror. I've heard good and bad things about this release, but due to the recent riots in London and subsequent damage to a major dvd duplication plant which resulted in the deletion of several Arrow titles, I was spooked into picking this up before it disappears for good. 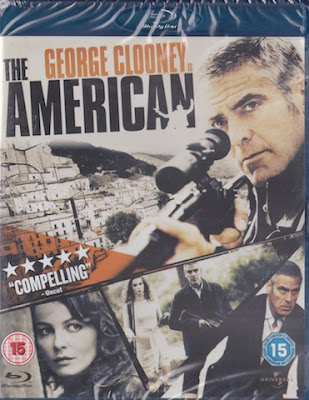 One of my picks of last year, Anton Corbijn's slowburn thriller looks amazing and even more so on blu ray. 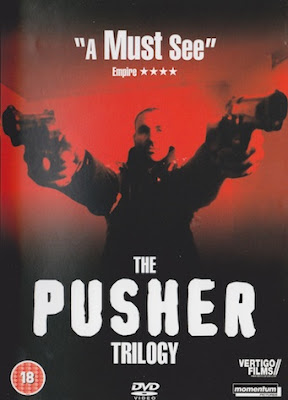 Nicolas Winding Refn's Pusher trilogy, I've been meaning to pick these up for ages, the recent amazing trailer and imminent release of Refn's Drive made it a priority to see these asap.
Posted by A hero never dies at 7:36 PM

I still have not watched my copy of The Pusher Trilogy which I picked up on the strength of Valhalla Rising. I heard the series is pretty scuzzy...

Pat Garrett & Billy the Kid, probably my favoutite Western of all time, it is quite simply a masterpiece. One of the channels we have in Ireland, TG4 still plays (unwittingly I guess) the original butchered version of this film and it's quite interesting to view it. It's quite a rarity these days...

The Beyond, what can I say, a cornerstone of Italian Horror - the first time I read about the film, the reviewer mentioned one scene where you can see daylight thru a little girl's head" and I immediately thought, I must see this film...

The American - havn't caught this one yet but the word is good. I like Clooney a lot - he was great in Michael Clayton and that film where he played the corporate axe-man - the title is lost on me at the minute...

Great, great trilogy. Not too sure what I'm gonna make of 'Drive' (I've got a bit of a Ryan Gosling phobia!), but I'm definately putting it on my 'To Watch' list coz Refn's got some serious directorial 'PILLS'!

Love the blog, BTW. Loads of posts and to-the-point. Keep up the good work! :)

Have you seen Refn's Bronson? It got mixed reviews but I thought it was pretty boss.

I did see Bronson A. but the first time I saw it, I hated it. Then I saw a chunck of it on TV, and liked it a lot better. So I suspect one more screening and I'll be there...

Thanks Wes, the westerns are definitely two of my favourites, and while The Beyond is flawed, the atmosphere is so thick I can easily forgive them. I'm trying to find a time I can do the Pusher trilogy in one go, hopefully before I make a second trip to the cinema in one month (previous one being Kill List) for Drive which I'm becoming increasingly excited for.

Reantimator. Welcome to the blog and thanks for your kind words. I'm normally no great fan of Gosling either but he looks great in the trailer, and what a trailer it is!

A & Wes. I still haven't seen Bronson, that will be my next stop on the Refn express. I loved Valhalla rising despite finding it quite flawed.

nice selection buddy. i've always loved the beyond. sure it doesn't make a lick of sense, but it sure is fun to look at. lol. definitely one of Fulci's best. i saw Bronson a while ago and though i saw easily how talented Refn was as a visual filmmaker, i didn't like it much. i think it might have just been the pacing. but i've never seen his Pusher trilogy. i need to check these suckers out. i've never been able to find them in widescreen though.

RG. In the dvd set of Pusher, the first film is widescreen but the second and third are full screen, not sure what the correct aspect ratio should be for them.

I've got the R2 DVD for DEATH RIDES A HORSE. Fantastic film, that one. A shame MGM never bothered to release it here. I assume the sales on their SABATA trilogy and NAVAJO JOE and HILLS RUN RED discs mirrored BU's SW releases and didn't move many units.

What's the differences in the PAT GARRETT DVD, Martin? I've never seen that film all the way through, just portions of it.

Brian, haven't seen it yet but it apparently adds scenes back in from the original theatrical version taken out of the Turner version. A little bit of a mish mash by all accounts.