From writer/producer Wong Jing and director Clarence Fok, 1999's The H.K. Triad is an odd attempt at doing something different with the well worn Triad genre. When I say odd, what I actually mean is bizarre, but more on that later. The film attempts to cover a period from the 50's through to the 70's and the birth of the ICAC, the police of the police in Hong Kong by following the story of lifelong friends  Ho (Lau Ching Wan) and Lok (Francis Ng) as Ho moves up through the triad ranks and Lok is promoted in the police force. Until together, they become a seemingly unstoppable force in the underworld. 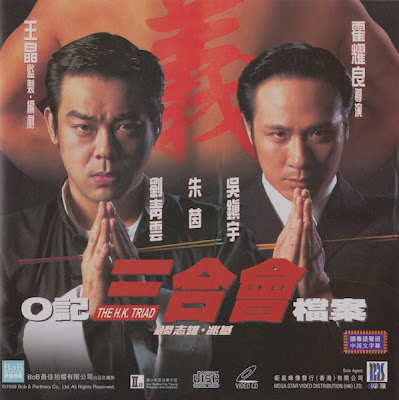 Complicating matters are the women in their lives, Ho's wife played by Diana Pang and Lok's played by Athena Chu. The H.K Triad is told in flashback from the present day, with Ho giving a seminar on the old days of the Triads to the police, with narration from Ho giving a Goodfellas style structure to proceedings without having either A. the budget to really accomplish the task or B. anywhere near the grandeur of that film.

One of the many unintentional moments of humour in the film is how they age Lau Ching Wan, considering at the start of the story I guess he's supposed to be in his early 20's but in the wraparound scenes he must be in his 60's. How do they achieve this magical transformation? They make him wear a flat cap! This is where so many Hollywood movies go wrong, Benjamin Button's CGI? Rubbish, they had Brad Pitt all they needed was a flat cap. 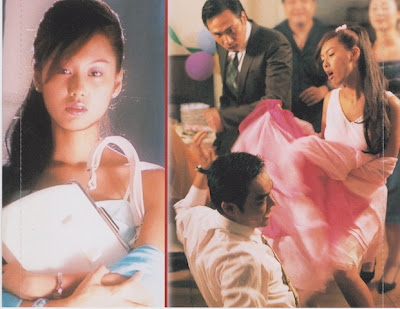 Other strange things in The H.K. Triad include, in the first half of the film at least Lau Ching Wan and Frances Ng seem unable to keep their hands to themselves, groping at each other and looking like they're enjoying it a little too much! In typical HK movie fashion there are some weird torture/punishments on show including characters putting some rather unpleasant things in their mouths, it began to make me a little queasy and wonder if Wong Jing has a few issues! The level of brutality is pretty high, particularly in the second half of the movie, which is a little surprising given the relatively gentle first half hour or so.

Lau Ching Wan gives one of the worst dramatic performances I've ever seen from him but still manages to carry the film on personality alone. Francis Ng fares slightly better but again his performance is far from his best work. I'm afraid this is due to Wong Jing's script overreaching his talent as a writer, with little of the plot points or character moments ringing true. True to form for a Jing script, it also displays a disturbingly casual misogyny that leaves an unpleasant aftertaste. Elsewhere Diana Pang and Athena Chu are fine and there's a fun performance from Lee Siu Kei as an underworld boss. 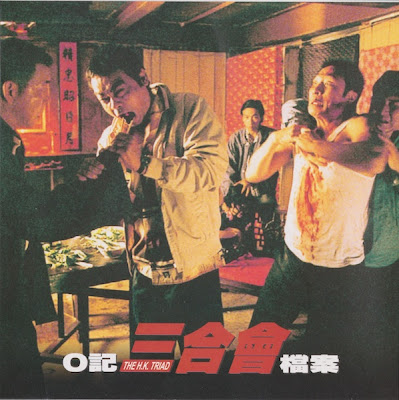 If there's one thing you can usually rely on from Clarence Fok, it's stylish direction, unfortunately based on the vcd I screened I couldn't tell, the quality was so poor. If you've seen a better presentation I'd appreciate comments on this point.

For all it's myriad of flaws, I enjoyed The H.K. Triad, while nowhere near a good film, it certainly has it's fun moments, intentional and otherwise. It also has the gorgeous Athena Chu, two of Hong Kong's finest leading men (even if they are a little below par) but for me the film's greatest asset is it feels completely Hong Kong, and these days, sometimes that's all I need. Oh and it also has that flat cap!
Posted by A hero never dies at 8:03 PM

I've always found it strange how I love Wong Jing stuff. He pukes out some unbelievably dumb screenplays / movies, and I just hoover it up like a sick puppy. Like you, I think this movie has many, many weaknesses - yet I feel like watching it again coz you've reminded me of it!

Thanks reantimator, I completely agree, many of Jing's movies are utter shite, while many more are horribly flawed yet compulsively watchable and entertaining.