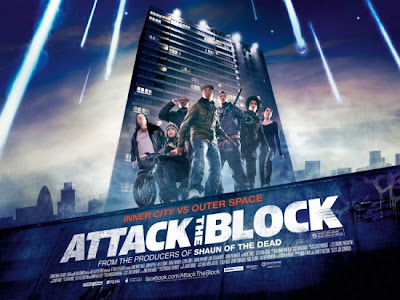 The directorial debut of Joe Cornish(who also wrote the script), Attack the Block is the rarity of a film that lives up to the hype. Fantastic word of mouth has grown around Cornish's movie and it's entirely justified. At once bang up to date and yet shot through with a wonderful 80's monster movie vibe, the simple Aliens vs Hoodies concept is only a jumping off point for a real adrenaline pumping, roller coaster ride of a movie.

Attack the Block has an attitude and confidence that shouldn't really be there in a first feature. Cornish shows this right from the beginning by having his lead characters mug a defenceless woman at knifepoint, which is not the easiest way to set up sympathetic characters! He then asks you to root for them through the rest of the movie, and it works, you do care about the little bastards. In doing this it gives the movie a freshness and urgency so many action films lack. The confidence doesn't just come from Cornish, the cast are superb, with John Boyega's Moses, leader of the Hoodies a real stand out. This should be a career defining movie for him and the charisma and presence he shows here mean he is destined to be a huge star. 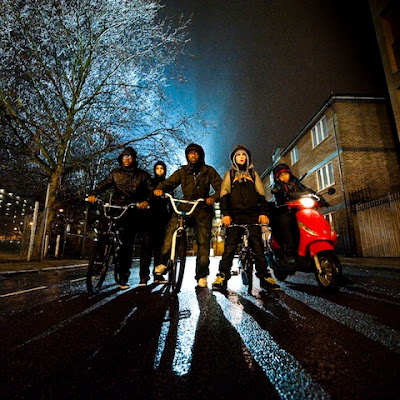 What makes the movie work so well is the attention to detail throughout, from the authentic language used, to the styling of the Alien creatures. Everything has been designed to get every last penny out of the film's low budget and the result is a movie that looks the equal of many a Hollywood blockbuster. The Aliens are a perfect illustration of this, they are a simple design yet ferocious and scary, but not so much that you don't believe the kids have a chance. This is such an important point that so many monster movies get wrong. 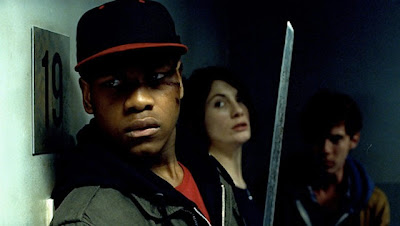 I've seen many lazy comparisons to Shaun of the dead regarding this movie, so I'd like to make an equally lazy two of my own, not to Shaun though, mine are to Hot Fuzz and John Carpenter. Hot Fuzz not because of the Edgar Wright/Nick Frost connection but because Attack the Block feels like an attempt to make an English John Carpenter film in the same way Hot Fuzz attempted an English Michael Bay movie. Both movies are successful in achieving their goals but where Hot Fuzz was huge bloated and unfocused (Much like it's inspiration), Attack the Block is taut and lean, like vintage Carpenter, particularly Assault on precinct 13. The Carpenter influence doesn't end there either, the superb score feels very Carpenteresque and adds perfectly to the atmosphere. 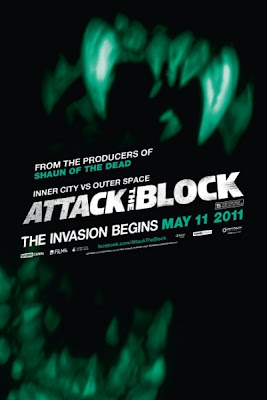 An invigorating, exciting, funny and genuinely cinematic British action film, that takes on the Hollywood summer blockbusters and beats them at their own game, it may not have their sense of scale but Attack the Block is a superb example of quality over quantity.
Posted by A hero never dies at 4:50 PM

I've heard very positive things about this British film, and your review is further confirmation that this is a must rent title.

great review! can't wait to finally get my hands on this one! your review just makes me want to see it more!

Thanks for the comments, I hope you both enjoy the film as much as I did!

Watched this a few nights ago and absolutely LOVED it. I watched SUPER * the previous night and didn't care much for it. I found bothe films had similar stories involving Extra Terrestrials but ATTACK THE BLOCK was everything that SUPER 8 wasn't. Fun, funny, quick clipped, terror filled encounters, colorful, and with much cooler Alien invaders that SUPER 8. It was also a good 35 minutes shorter, clocking in around an hour and twenty. I would watch this again in a second. Great review, AHND. Well done and true.

Thanks Kingwho? I'm really glad you enjoyed it, it's rare to get a film like Attack the Block from Blighty so for it to work so well is great.

Couldn't agree more with your review...