Recent Buys Everything Else From August

Here are all the non Asian buys from this month. Another nicely eclectic mix of titles, with a little bias towards westerns, spaghetti and otherwise. 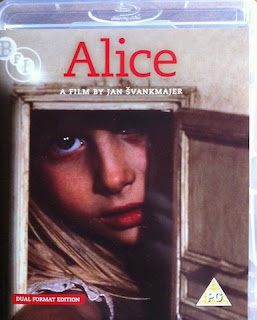 Jan Svankmajer's Alice blu ray, I'm a huge fan of Svankmajer and a high def release of one of his movies was just too much to resist. 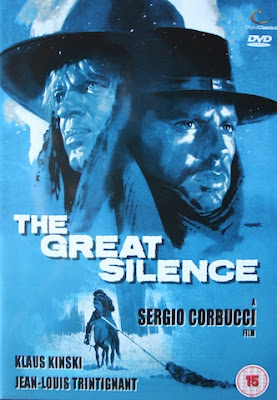 Sergio Corbucci's masterpiece The Great Silence, an extremely welcome anamorphic upgrade for this fantastic S.W. One of the best outside of the Leone's. 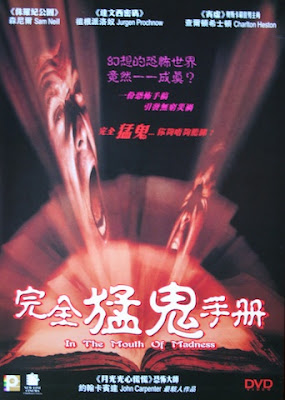 John Carpenter's In the mouth of madness, one of the few Carpenter's that I hadn't seen and for some reason very hard to find, I picked up the HK release for next to nothing. The transfer is very dark but is anamorphic and generally pretty good. 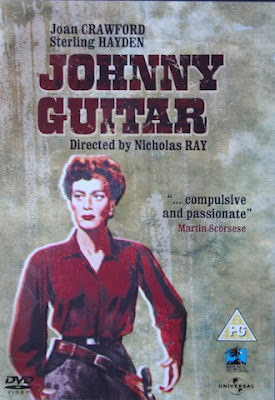 Nicholas Ray's influential western Johnny Guitar, a western on my list of shame, I've always meant to see it but never got around to it, the dvd is apparently great so now is my chance! 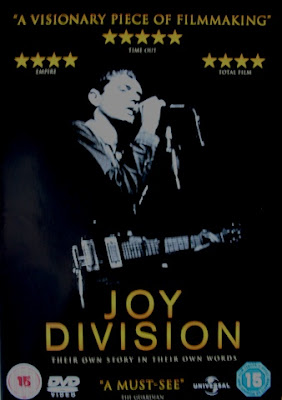 Grant Gee's excellent documentary on one of my favourite bands, I've already covered this here 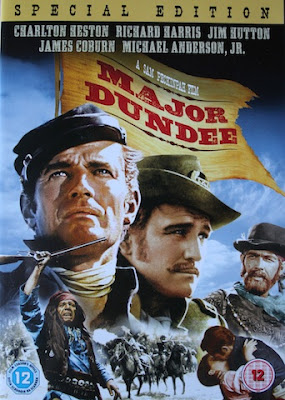 The last remaining Peckinpah movie I haven't seen Major Dundee and what a great cast it has, the second film this month to have Charlton Heston in it. 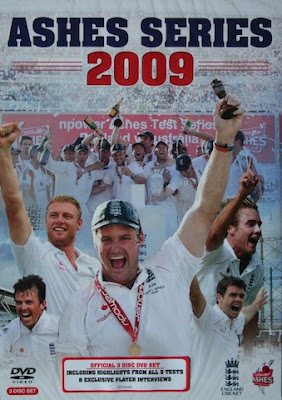 I'd been waiting for a chance to pick this up on the cheap, 11 hours of action from the 2009 Ashes series, some of the most intense drama in sport. Tedium for some but manna for me! 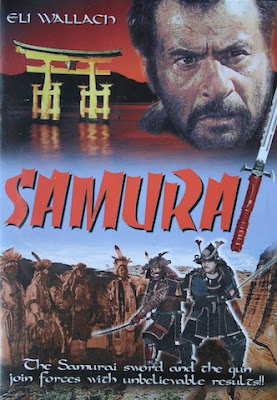 While looking at The Great Silence, I came across this oddity from Sergio Corbucci titled Samurai, what looks like a knock off of Red Sun. I bought it from ebay, and of course it's a bootleg. When I've looked into it, it's actually Il Bianco, Il Giallo, Il Nero. Not only is it a bootleg but it's probably the worst one I've ever seen. The quality is truly terrible and as it's a full screen presentation, it regularly features conversations between characters who can only partially be seen, I've taken a screen grab below. 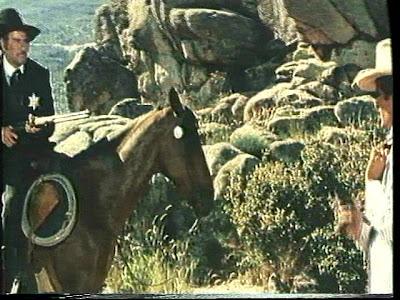 Needless to say I will be requesting a refund!
Posted by A hero never dies at 4:17 PM

The new ALICE Blu-ray is stunning.

You a cricket fan, too? I guess you wouldn't be buying 'Ashes Series 2009' if you weren't.

Have you seen the excellent Australian cricket miniseries 'Bodyline'?

I agree that the UK upgrade of THE GREAT SILENCE is very welcome.

I'm a massive cricket fan, Yes I remember seeing Bodyline when it what broadcast, and I imported the dvd from Australia, it was an excellent series.

Looking forward to Alice, and although The Great Silence dvd could still be improved further, it's a significant improvement.

By some distance your finest purchase there is THE GREAT SILENCE. A wonderfully atmospheric film with a truly shattering finale. I prefer the short films of Jan Svankmajer (especially DIMENSIONS OF DIALOGUE and JABBERWOCKY). I have yet to pick up the ALICE blu ray, but it's on my list. I managed to pick up Optimum's BR of EVIL DEAD II today for the price of £1.50!!

Shaun, Completely agree regarding The Great Silence. Love those two Svankmajer shorts too. That's quite a price for the Evil dead II blu.

A fantastic electic mix there Mart. I'm gonna get the Alice Blu next - I love Jan Švankmajer's stuff. His short films are amazing. A few years I made a piligrimage to a little office Švankmajer had in Prague city centre hoping to pick up some DVDs - this was before the Kino and BFI sets were available but the only thing on sale were Švankmajer video tapes. Prague is an incredible place to visit - the city vibrates with a strange magickal energy. Quay Brothers are good too but no one touches Švankmajer...

I havn't seen the Carpenter film, I've seen next to nothing of his films after Memoirs of the Invisible Man. I fucking hated Ghosts of Mars...

Some excellent Westerns there, and that bootleg looks nasty... looks like one of those VHS-sourced Westerns seen on movies4men on Sky...

Wes, Prague isn't somewhere I've thought of visiting but you make it sound very interesting. I like the Quays too. As for the Carpenter film, it's his best since They Live but I realise that isn't saying that much! I'm going to do a write up for it so I'll leave the rest for then.

That screen shot actually makes the bootleg look better than it is, it's truly horrible.

Sorry you got robbed on SAMURAI, but otherwise those are some great picks, especially IN THE MOUTH OF MADNESS, which is a favorite. I really need to check out that Joy Division documentary. Not a HUGE fan, but I still like them quite a bit (I prefer New Order myself).

Thanks Aaron, it's fine I got a refund last night. The Joy Division doc is definitely worthwhile, always great to know another New Order fan!

GREAT SILENCE is simply amazing. I have a wide version of Corbucci's bizarre comedy western. I still haven't watched it from start to finish yet. Painful to watch, that one.

i'll echo the love for 'the great silence'...

i'll also say 'piano tuner of earthquakes', 'quay brothers' and 'shit'. i do like a bit of yan, though...

if you haven't already gotten your hands on it, the chinese 'masters of russian animation' box is a thing of immense wonder. yuri norshtein was always my favourite...