The trailer for The 33D Invader a.k.a The Fruit is ripe 33D has been released, the first of what I imagine will be many attempts to cash in on the success of 3D Sex and Zen Extreme ecstasy. Directed by the wonderfully named Cash Chin and starring a bevy of lovely girls, the film puts a science fiction spin on the genre in addition to using the 3rd dimension. The film looks like it borrows heavily from James Cameron's Terminator and appears to use the same alleyway featured in PTU. 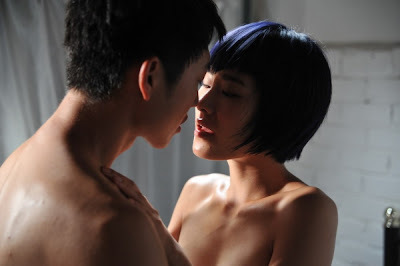 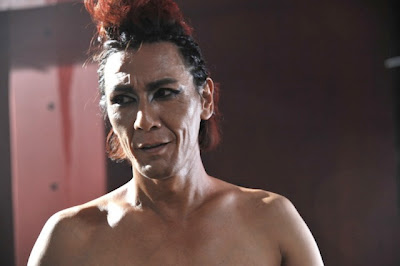 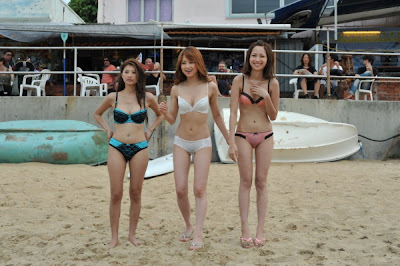 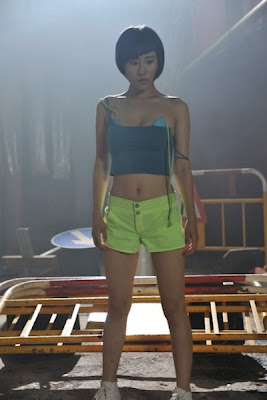 Email ThisBlogThis!Share to TwitterShare to FacebookShare to Pinterest
Labels: The 33D Invader

Is it going to be CAT III?

Dr. Lamb, It's got to be III, and it's definitely 3D. I'm intrigued too but I don't have high hopes to be honest!

When I first heard of this movie I immediately became happy in my pants! This is gonna be cool. Tits and 3D is for me and the icing on the cake is Cash Chin. he can definitely bring the goodies. Check out his filmography. Wonderful sleaze merchant.

Yup I'm with King Tut on this one.

I can't wait to see this gem. BTW, is it me or does the lead actress look an awful lot like Fala Chen?

Man, I can't wait to write the review for this one.

Having watched the trailer again it looks so bizarre.

I knew she reminded me of someone Dr Lamb.

I knew you'd be giddy for this one Kingwho?

Ha, the inevitable cash-in has arrived. What kind of second-rate cash-ins can we get later on?

Wow, I really liked aome of Cash Chin's previous C-III flicks, especially SEX AND ZEN II and THE FRUIT IS SWELLING, but this just looks painful.

Anon. Yes this looks incredibly cheap as it is, so just wait until we get to the straight to dvd stuff further down the line.

John. I still have The Fruit is swelling to watch, I have to agree with you on this one, it looks like something to watch based on curiosity rather than anything else.

Always a good day to see more soft-porn from Chin Man Kei! Looks like they at least spent a little bit of money on it - and, to me, it looks like a Cat III version of Wesley's Mysterious File. Should be fun :)

check out free movie stream for this movie: